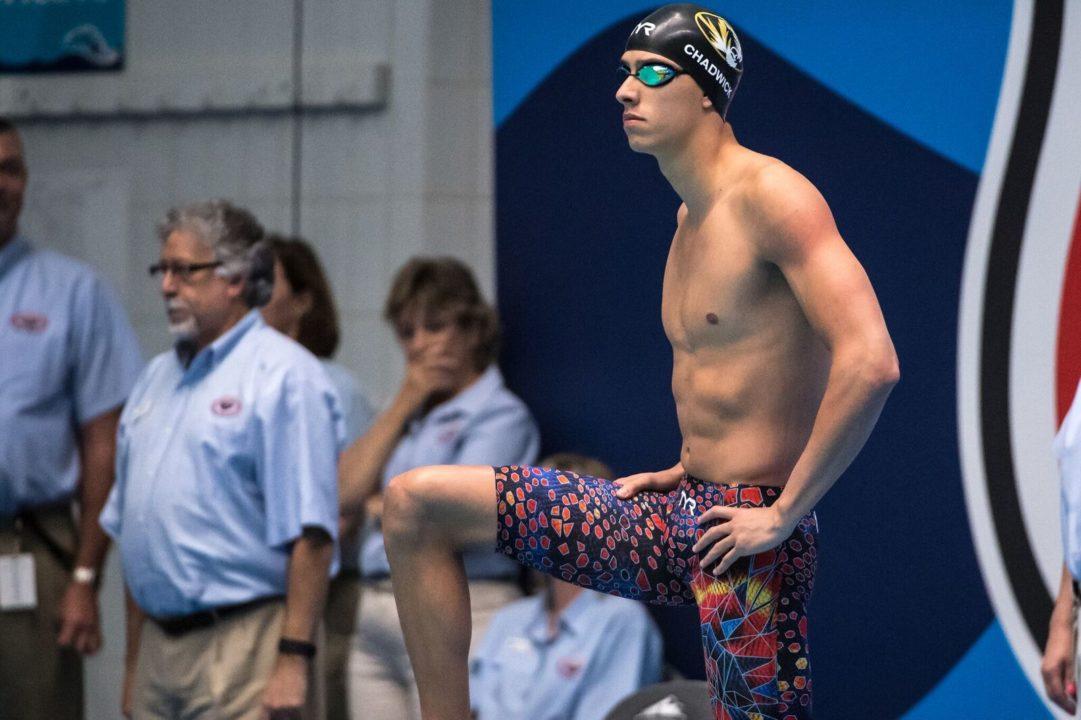 TYR Sport, the leading manufacturer of competitive swim and triathlon gear, is proud to announce the signing of 4x Short Course World Championship medalist Michael Chadwick to its roster of sponsored athletes.

With major performances for the University of Missouri under his belt, Chadwick has proven to the swimming world he certainly is one to watch. Accumulating a total of 22 All-American honors with 11 first-team and 11 honourable mentions, Michael is currently the most decorated athlete in the history of the Missouri swimming program. At the culmination of his collegiate career, he owned team records in the 50, 100 and 200-yard freestyle and the 200-yard IM, and is ranked third all-time in the 100 yard breaststroke.

Chadwick has shown consistent improvement and really began making a name for himself in 2015 after placing fourth in the 50m free at Summer Nationals which earned him a spot on the national team. Later that year as part of the 4×100-meter freestyle relay, he contributed to a new American Record at the 2015 Duel in the Pool. At the 2016 FINA World Short Course Championships, Michael earned one gold, two silvers and a bronze medal in Windsor, Canada as part of four relay teams.

“I couldn’t be more excited to join team TYR,” began Chadwick. “During my time at the University of Missouri my coaches and I made the decision that I would only wear the TYR Avictor because it proved to be the fastest suit on the market. However, outside of their leading technologies, TYR has always been a family company and that’s exactly what I’m joining, a new family.”

Matt DiLorenzo, Chief Executive Officer of TYR Sport added, “We are proud to welcome Michael Chadwick to the team TYR family. He has enormous potential and we look forward to watching his swimming career continue to evolve.”

Named for TYR, the Norse god of warriors, our company is committed to cultivating a culture of greatness, both in and out of the water. Through vision and American ingenuity, we have become a brand synonymous with the athlete. From the planning stages to the production floor, everything we do revolves around synthesizing creativity, experience and competition. For us, engineering the most advanced performance products is more than just a goal, it’s a requirement.

He looks pretty good in his TYR tech suit in the photo.

TYR made a good choice with the up-and-coming Chadwick.

What a nice deal again from TYR . Michael is a great sprint freestyler on the rise ….perfect moment

Congrats to Chadwick great to see this