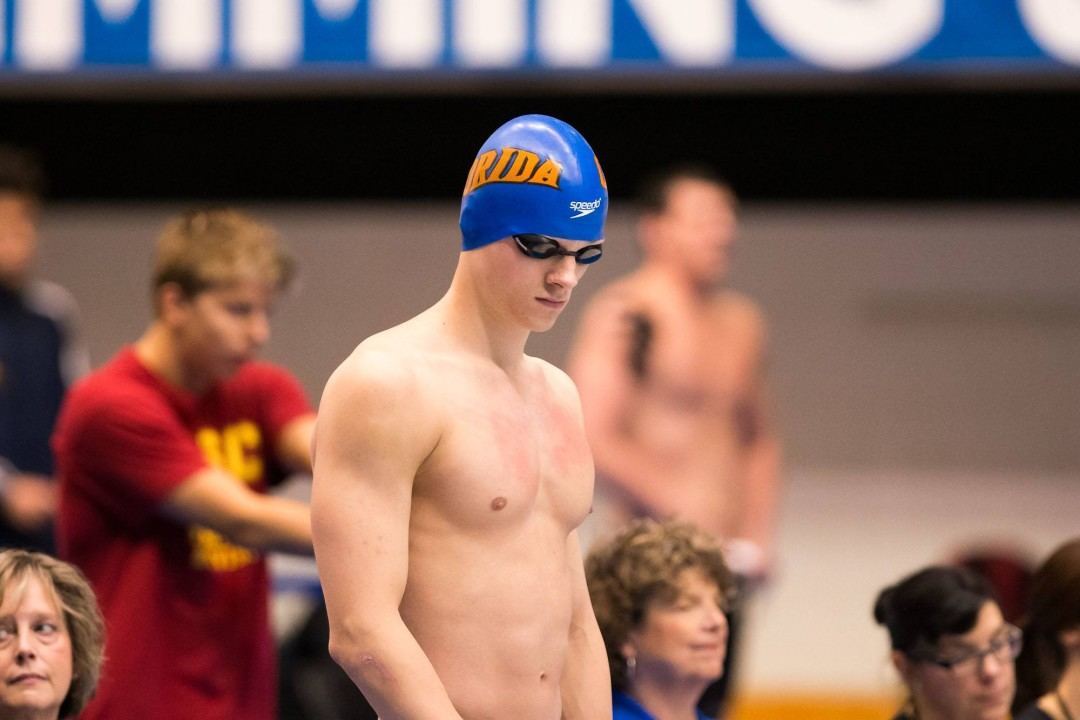 Two “seeded” swimmers have scratched out of their individual events on the first day of the 2015 Men’s NCAA Swimming & Diving Championships, according to the day 1 heat sheets that were just released.

There were no pre-session scratches from the top 24 of any event at the women’s meet (though 13th-seeded Maddie Tegner from Tennessee did declare a false start in the 1650).

The two big scratches were Florida’s Pawel Werner and North Carolina State’s Soren Dahl, who both have big relay roles for their respective teams on Thursday. Werner is scheduled to be on Florida’s 200 free relay, while Dahl is a part of the Wolfpack’s top 400 medley relay.

Also scratching an individual event for the Wolfpack is sophomore Andreas Schiellerup, who was seeded 33rd. With NC State entering the meet as the top seed in the 200 free relay, the Wolf Pack are putting full focus there. Schiellerup scratched the individual 50 free at NCAA’s last year as well.

The Ohio State men have four total individual scratches, which mirrors what they did last year – scratching out of a majority of their individual swims.

Also of significance, the Georgia men have scratched out of the 200 free relay. They were tied for the 17th-fastest time in the country this year.

That’s really weird. They had an A cut…

Must’ve known they didn’t have a shot and are saving energy by not swimming unnecessary races. Pretty smart in my opinion

Good point. It is their weakest relay.

Kinda suprised that Georgia is thin enough to need Fink and Koski on the 200 free relay. They are so depending in some areas… but really thin in sprint free. Women have a solid group. Curious.

Yeah, it is kinda hard to believe but I guess it make sense given the relay is the first event.

Outside of Koski, Fink, Trice and Dale, they have the Litherlands (don’t really do less than 200), Powell (distance and 200 back), Kalisz and Bentz (could maybe sprint but also have IMs), Pace Clark (200 flyer) and I feel like I’m missing somebody else.

Oh, duh! I forgot about Markham and Stewart. Yeah, both not sprinters.