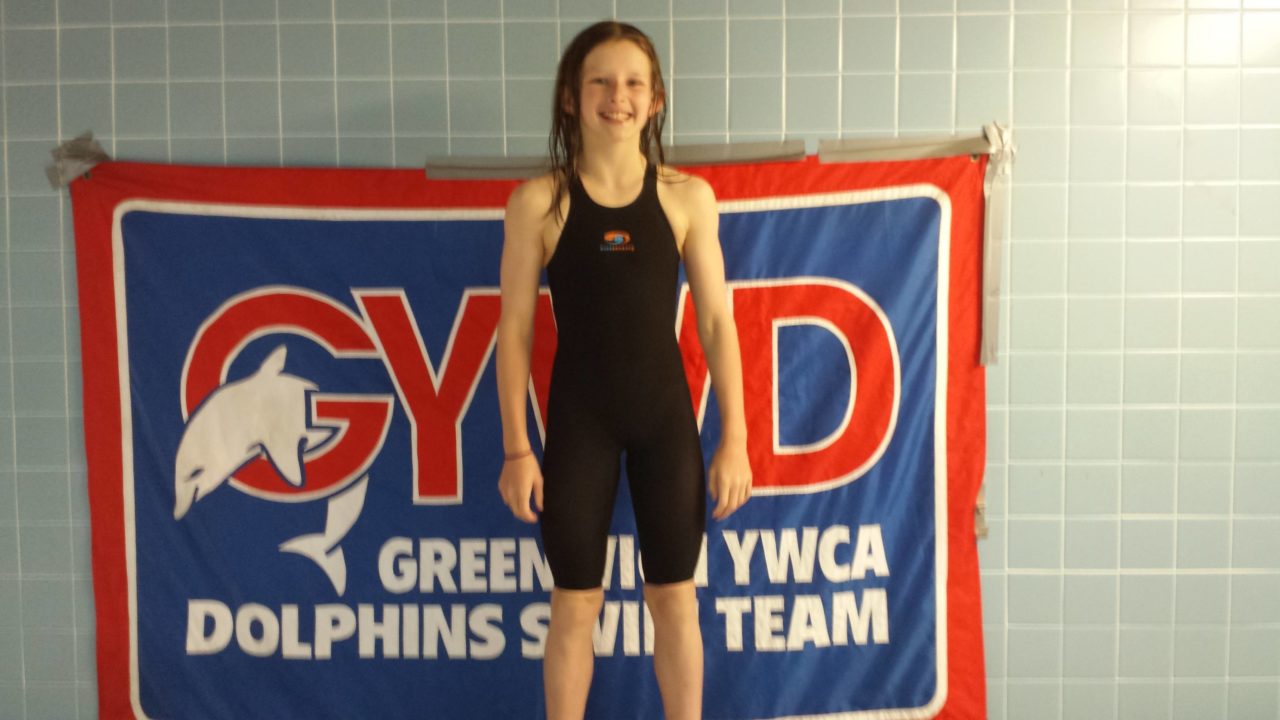 In the girls 100 meter breaststroke, Lynch went 1:17.74. That broke her own National Age Group record of 1:18.67, set earlier this year. But the Greenwich YMCA swimmer also grabbed the 50 breast record with her split on the opening 50. Lynch went out in 36.13, taking just .04 off of the record held by Kaylin Burchell. Burchell’s record was a decade old, being set in 2004.

The 10-year-old Lynch already holds short course NAGs in both breaststroking distances and now holds all four breaststroking records for the 10 & Under division. She also swam the 200 breast this weekend, going 2:49.01. There’s no 200 breast NAG for 10 & unders, but Lynch is only 15 seconds off of the 11-12 NAG before even entering the age group.

You can find full results of the meet on Meet Mobile.

She looks to be physically developed for a 10 yo girl

Hats off to Miss Lynch!
I knew she would lower these records very quickly.
And the summer isn’t over!