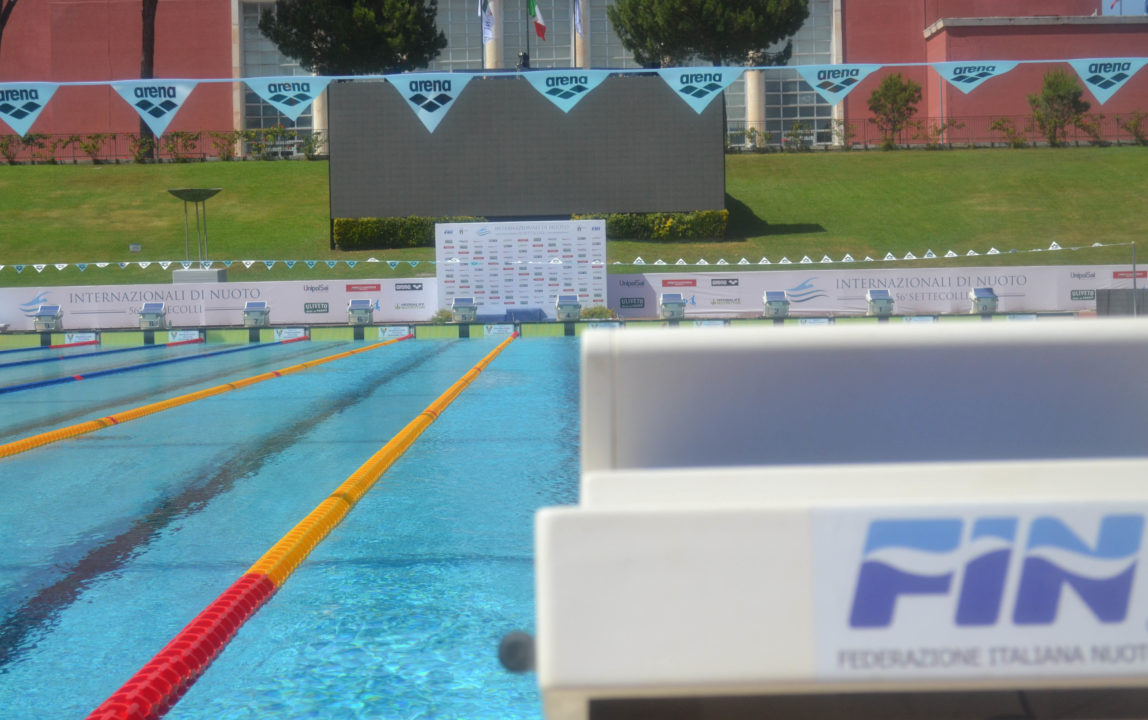 Fabio Lombini, who raced at the European Championships and World University Games in 2017, and Gioele Rosetti died when their aircraft crashed on Sunday. Stock photo via Giusy Cisale/SwimSwam.com

Two Italian swimmers, Gioele Rossetti and Fabio Lombini, died on Sunday morning when a small airplane that they were flying in crashed near Rome this morning, SwimSwam Italia’s Giusy Cisale reports. Rosetti was 23 and Lombini was 22.

Shortly before take-off,  Fabio Lombini, via the stories feature on his Instagram profile, had documented the take-off together with Gioele Rossetti from the Neptune Airfield.

One of Lombini’s last Instagram story posts prior to his flight was a sunset, captioned with “Fine del Mondo?” or “End of the World?” in Italian.

“The Federation, shocked and astonished, expresses its deepest condolences to family, friends and organizations that they wre members of,” a statement from the Italian Swimming Federation (Federnuoto) leadership, including president Paolo Barelli, said in a statement on Sunday.”

Federnuoto says that the plane crashed about 30 seconds after take-off and caught fire at around 10:40 AM on Sunday. An ongoing investigation is trying to figure out why it happened, and the National Flight Safety Agency (ANSV) has opened an investigation into the crash.

The crash happened between the towns of Nettuno and Latina, in the Grungole area of Italy, about midway between Rome and Naples. The plane departed from the Crazy Fly flight school, and weather conditions were considered to be ‘excellent’ by initial investigations.

Rosetti is also a swimmer, competing primarily in domestic competition.

Sooo sorry to hear about these 2 young Men. Please God hear our prayers for these families. RIP

The most vulnerable time for a plane is right after take off.

This was extremely shocking and sad. My condolences go out to their friends and family.