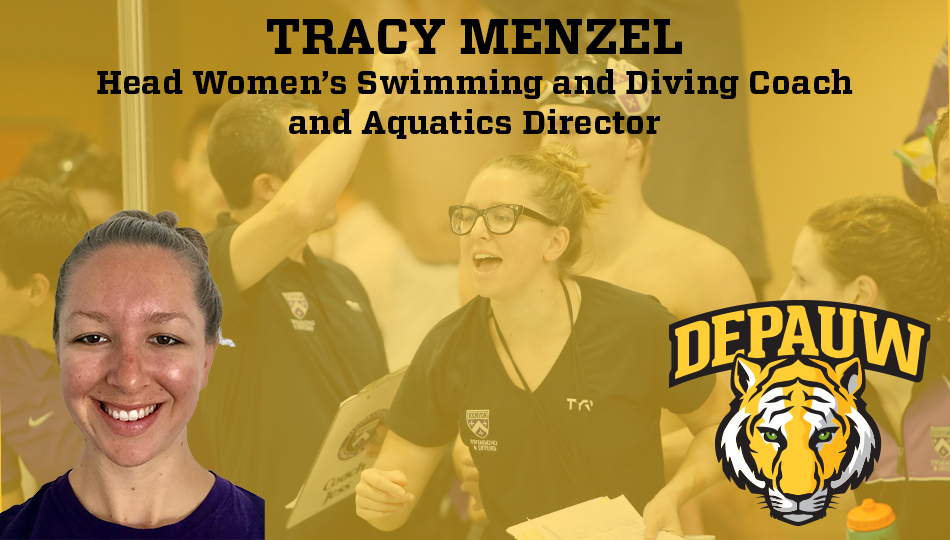 “Tracy separated herself from other candidates with her plans to develop a positive, inclusive, and growth-oriented student-athlete experience,” said Stevie Baker-Watson, DePauw Associate Vice President for Campus Wellness and Theodore Katula Director of Athletics.

“She routinely shared that she wanted a program culture built on caring relationships as she firmly believes this is key to competitive excellence. We are thrilled she is coming home to Greencastle, following her own experiences as a stellar student-athlete and coach at a top-tier liberal arts institution.”

Menzel takes over a DePauw program that finished 4th out of 9 teams at last year’s North Coast Athletic Conference Championship meet. That’s the same conference that Kenyon is in (their women were 2nd last season) as well as another Division 3 powerhouse, Denison University.

The program has a long history of success at the NCAA Division 3 Championships. They have scored at the national meet 25 times since it was first held in 1982, including an 8-year run from 2010 through 2017. Their highest finish was 7th placed in 1985, where Dianne Smyth won the program’s only individual national title when she won the 100 yard backstroke in 59.92.

In the last 3 years at Kenyon, which is her alma mater, Menzel was part of one of the most successful collegiate swimming programs in the country.

Prior to her time at Kenyon, she was an assistant coach at Rutgers University for 3 seasons. She also served as a graduate manager for the Cal women’s swimming & diving team while working on a Masters of Arts in cultural studies of sport in education.

Now she’ll return home to Greencastle, where she grew up before attending Kenyon. During her time at Kenyon, she was a two-time NCAA Division III champion in the 100 yard breaststroke, an NCAA 200 medley relay champion, and a member of 3 NCAA team titles. She finished her college career as a 16-time All-America honoree, and was an NCAA Woman of the Year finalist.

Had the pleasure to know here back in her high school days. I’m sure she’ll to a great job!