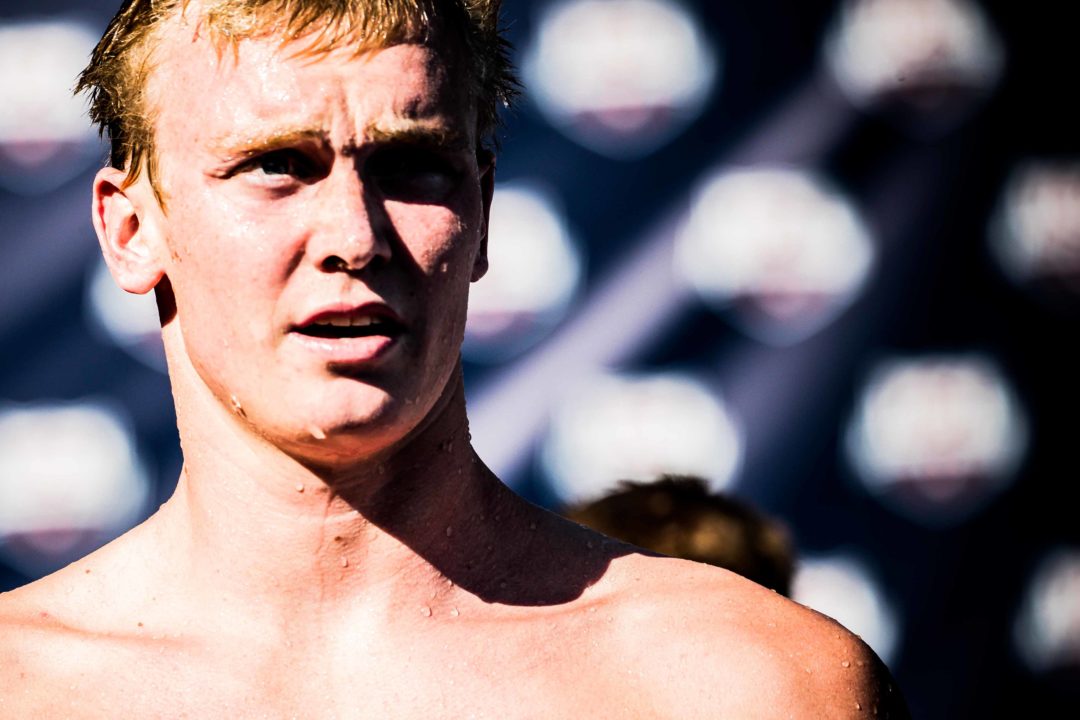 Cal senior Trenton Julian will attempt to defend his Pac-12 title in the 200 free, though last year he swapped out the 400 IM for his NCAA day 3 entry. Archive photo via Jack Spitser/Spitser Photography

Day 3 of the 2021 Pac-12 Men’s Swimming Championships are the day where the most of the big event decisions are to be made.

While the 200 free seems like a logical choice for Julian, as he was the Pac-12 Champion in the event last year, he has entered the 400 IM in each of the last two seasons at NCAAs instead. That includes a 5th-place finish in 2019.

This is probably a slightly-better move for Cal for team scoring, though the team title is already, essentially, out of range. That 200 free, including the standout freshman relay swimmers Destin Lasco of Cal and Preston Forst of Stanford, will be a highlight of the day’s racing.