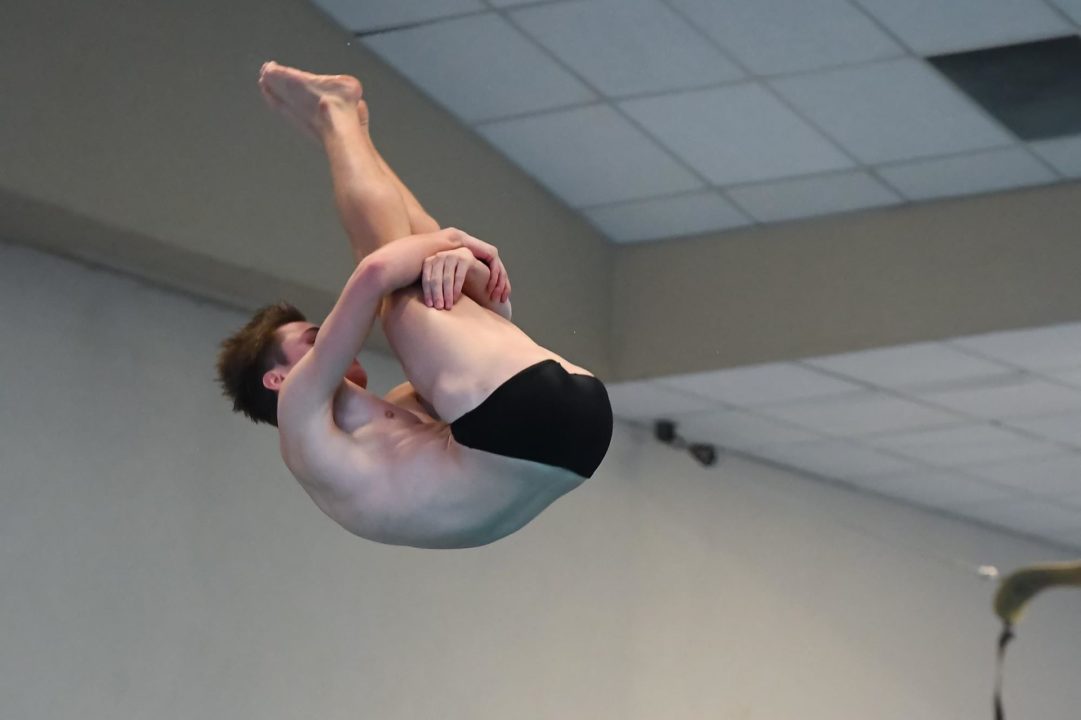 For a third consecutive year, the Towson women's team topped the field at the Bucknell Invite, while the Davidson men moved up from second last year to win. Current photo via Davidson Athletics

Lewisburg, Pa. – For a third consecutive year, the Towson University women’s swimming and diving team kept its first-place lead after day three of the Bucknell Invitational on Sunday. The Tigers won with a score of 1751 inside Kinney Natatorium.

Quotable- Coach Jake Shrum
“The girls had a fantastic all around weekend,” said Shrum. “It was the highest percentage of best times we’ve ever had at a mid-season meet and we got contributions across classes and events.”

“Our senior girls continue to lead the way in effort, enthusiasm, and high end swims. They combined to get or improve on 11 individual swims in our All Time Top 10 list. This will be a great platform to build off of for our last two months of the season.”

“Fiona, Sarah and Tina had their top eight finishes at a major meet which speaks a lot of their development this season.”

LEWISBURG, Pa. — Second in the event a year ago, the Davidson men’s swimming and diving team won the Bucknell Invitational Sunday evening at Kinney Natatorium.

The Wildcats completed the three-day, six-team event with 1,261.5 points after entering Sunday with a 1.5-point lead over second-place Rider.

“I’m thrilled for the guys,” said Davidson coach John Young. “They were really solid, and they embraced the chance to leave with a W. At this point in the season, every team approaches meets like this a little differently. But everyone wants to see progress, and everyone is hoping to see success for their athletes. The Cats’ hard work was rewarded with a lot of progress and a lot of success this weekend.”

The Wildcats now have a break in the action, with the next scheduled meet set for Jan. 11 at UNCW.

“Now comes the tough stretch of getting through exams and making it to our training camp,” said Young, “but I feel good that if we can hold on to some of this weekend’s momentum, they’ll stay on a good path.”