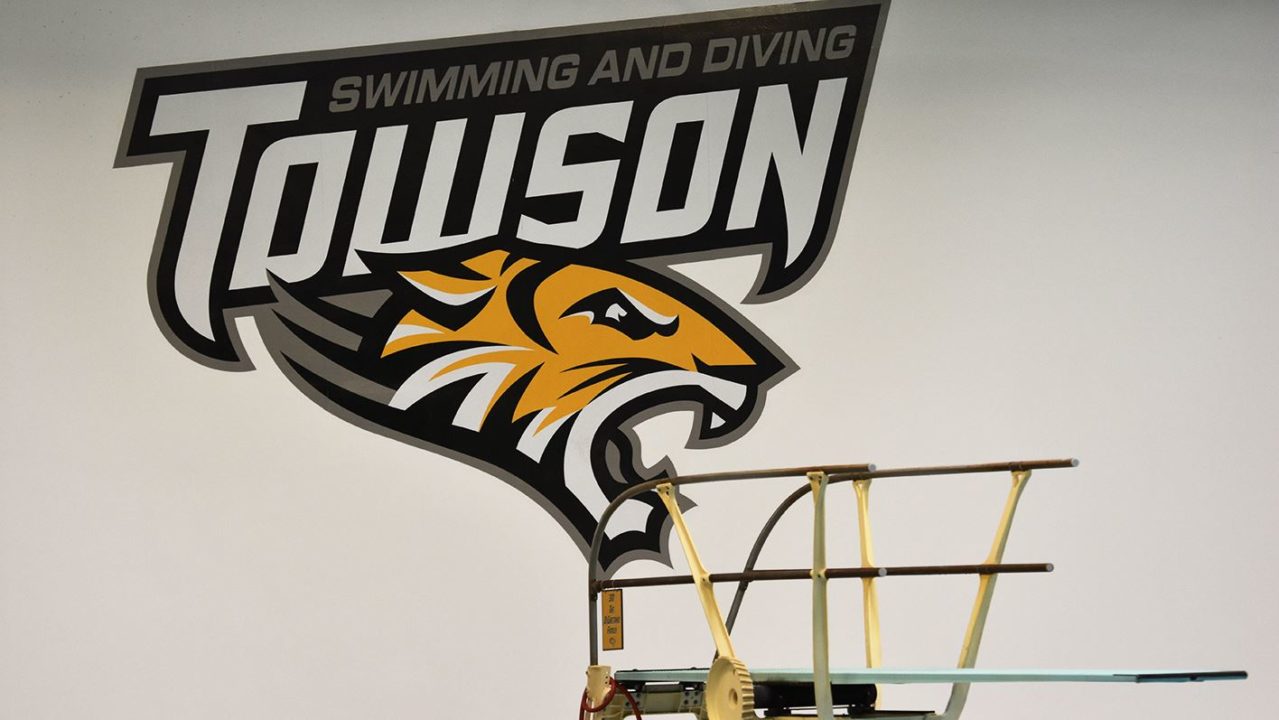 TOWSON, Md. — Towson University head swimming and diving coach Jake Shrum has announced the schedule for the 2021 season, which is set to open in early February.“Our student-athletes had a terrific fall semester, not just in spite of the ongoing pandemic, but even under regular circumstances,” said Shrum, who begins his fifth season at the helm. “This year very little has been the same, but our kids have been able to embrace the normalcy of having training sessions, and it’s obvious that the circumstances have given them a new perspective and appreciation.”Early this winter, the Tigers held two intrasquad meets at Burdick Pool, mimicking as close to a normal meet environment as possible.“While we were able to have our intrasquad meets, nothing takes the place of being able to compete against another team,” noted Shrum. “Our teams could not be more excited to officially begin our competition season!”The 2021 regular season will take place within an hour of Towson University, leading off with a Feb. 6 meet at the United States Naval Academy in Lejeune Hall. The following week, the Tigers head down Charles Street for a clash at Loyola University Maryland at the Greyhounds’ Mangione Pool at the Fitness & Aquatics Center.Towson’s lone home meet of the 2021 season is slated for Feb. 27 against Mount St. Mary’s in a split meet. The Tigers will honor their senior class on that date as well at the home of Towson swimming and diving, Burdick Pool.The 2021 regular season wraps up on March 6 at long-time rival University of Delaware’s Rawstrom Natatorium. The NCAA Zone Diving Meet is scheduled for March 11-13 in Greensboro, North Carolina. The following weekend, Greensboro will once again host as the NCAA women’s championship is set for March 17-20, followed by the men’s championships on March 24-27. Those three meets will be held at the A twist late in the 2021 schedule sees the Colonial Athletic Association (CAA) Championship meet scheduled for March 30-April3 at the Christiansburg Aquatic Center in Christiansburg, Virginia.Times for the meets will be announced at a later time when they are confirmed. Please check TowsonTigers.com for updates as they become available.