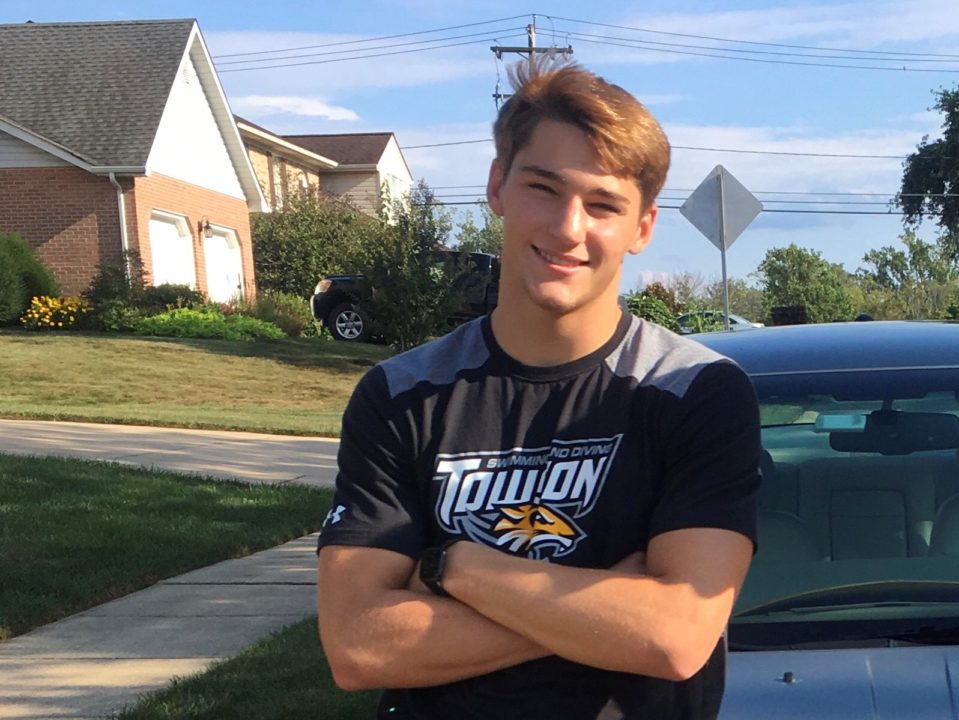 There’s no time for breaks at the 2021 Colonial Athletic Association Championships, with the men’s three-day swim meet starting today after the women’s meet finished some 24 hours ago.

Though it’s early (but not that early in a three-day meet), six-time defending champions William & Mary find themselves in a hole, sitting fourth out of five teams. Instead, it’s Towson and UNC-Wilmington who have charged to the lead after day one.

UNC-Wilmington took two of three individual events tonight. I’Likai Crompton-English broke 20 seconds in prelims and finals of the 50 free, landing at a 19.89 to claim the title tonight. A sophomore transfer from the University of Indianapolis, a D-II standout program, today was his first time breaking 20 seconds.

The Seahawks’ other win came from Henderson Louviere in the 200 IM, the sophomore clocking a lifetime best 1:47.02 to just get by Towson freshman Brian Benzing (1:47.07) and Drexel freshman Kacper Karnik (1:47.29).

Delaware’s Bryce Ciecko claimed the 500 free, a great swim for the Blue Hen senior at 4:27.82 to exactly match his prelims time. Ciecko didn’t race at this meet in 2020, but he touched sixth in this race in 2019. Tonight’s time (and this morning’s) were lifetime bests by over a second.

Don’t think UNCW can hang on with 11 swimmers.

The fact that they’re very much in the mix and have a legitimate shot at a title with 11 guys in Bobby’s first year is an accomplishment in itself, very impressive!
UNCW alumni are behind you guys, keep it up!!!

Looks like the end of the W&M streak. 🙁 Guess its rebuilding time.

Fact that they won so much without scholarships shows how good of a coach Crispino is.

Same here, and it did that for the women’s meet too.

Hey SwimSwam can you put some respect on the CAA’s name and get a working link for this conference championship? As stated below this was the same issue for the women’s meet.

You’re going to have to talk to the CAA about putting respect on it’s own name – that was the link they provided.

I would assume that the top swim website in the country would be capable of talking to the CAA and getting the accurate link. But I suppose too big of an ask?