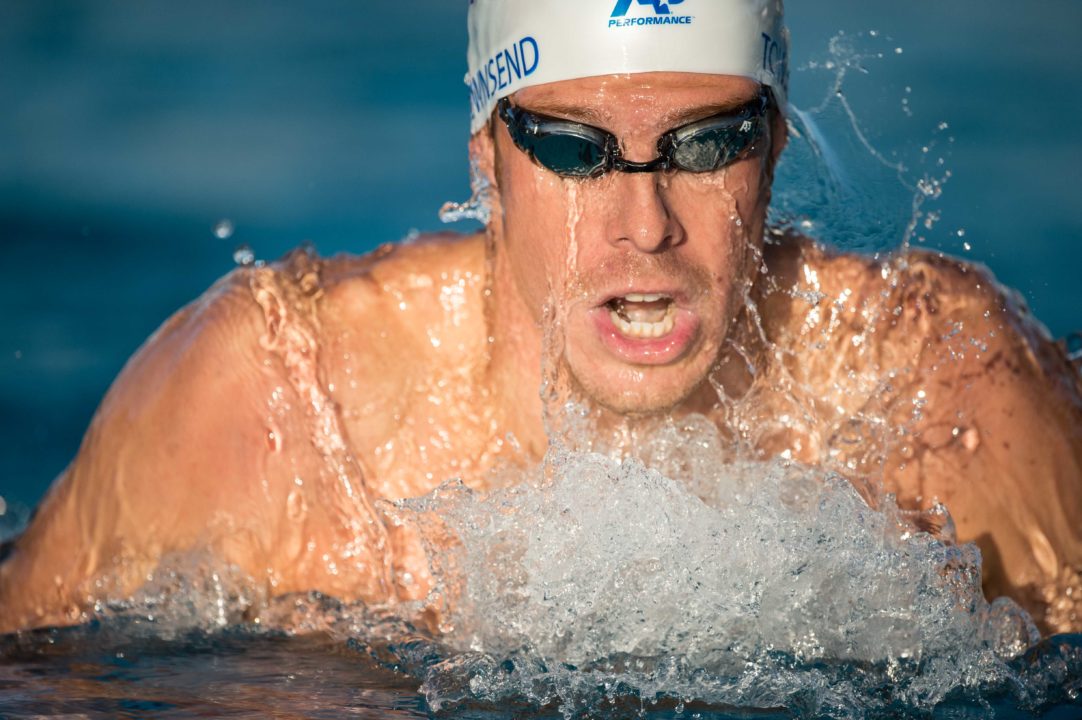 With little competition, Townsend didn’t put up any eye-popping times, but was impressive in his versatility – he won races in freestyle, breaststroke, backstroke and IM, and showed speed from 50 meters up to 200.

The meet’s format took advantage of the holiday weekend – the first prelims session started Friday night, with finals swum Saturday night. In between was the second group of events, which ran prelims on Saturday morning and finals all the way on Sunday night. Sunday morning was the third set of prelims events, with finals on Monday morning. Finally, Monday afternoon featured some distance races to close the meet out.

Confused? Here’s a brief layout. Each “session” refers to the event lineup swum. So prelims of session #1 swam preliminaries of the 200 free100 breast/100 back/200 fly, and finals of session #1 was the final of each of those events.

Mesa Aquatics’ Kyle Ewoldt took advantage of Townsend’s absence in a couple events to pick up two wins. On Monday morning, Ewoldt won the 400 IM with a 4:47.78 that topped the field by over 10 seconds. With Townsend out of the picture, Ewoldt moved down in distance to win the 100 fly later that session, going 57.71. The 17-year-old came back for Monday’s afternoon distance session to go 8:49.45 for the 800 free win.

Shelly Drozda of the Front Range Barracudas had a great weekend in the longer races as well. The 16-year-old won three events over the course of the meet. At Sunday morning’s finals session, she paced the 200 IM with a 2:22.88. That night, she doubled down, taking the 400 IM as well with a 5:11.69, and then in Monday morning’s finals she added a 2:21.42 victory in the 200 back.

Another triple-winner was Texas A&M’s Kelli Benjamin. Benjamin got started on Saturday night, winning the timed final 400 free with a 4:28.31. Not to be pigeonholed as a distance-only swimmer, Benjamin flashed speed on Sunday morning to take the 50 free in 27.11. Finally, on Monday moring, she won the in-between distance with a 58.81 in the 100.