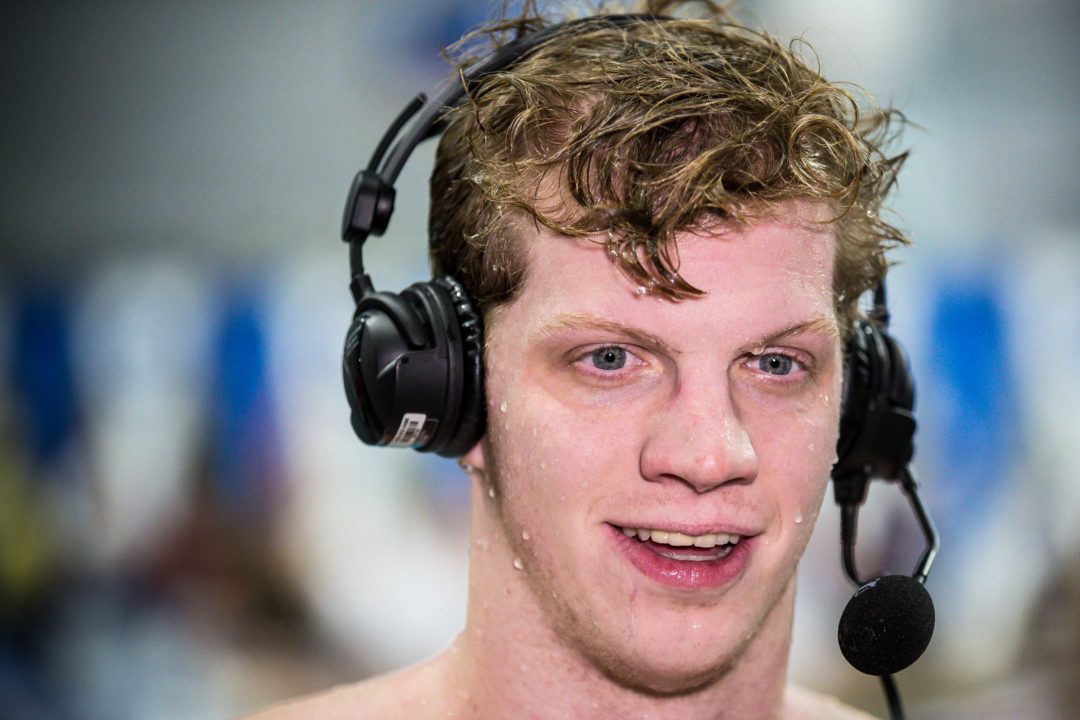 We’ve noted plenty often that Cali’s men have struggled beyond Dressel. But they’ve stepped up in a big way so far this week, especially in today’s session Current photo via Jack Spitser/Spitser Photography

Townley Haas had only swam one 200 free in the ISL so far this year, but it was a big win in week 2. He’ll stay undefeated for the year while moving up to #2 in the league for the season. Haas improved his season-best by about a full second, putting together easily his best meet of the season so far.

We’ve noted plenty often that Cali’s men have struggled beyond Dressel. But they’ve stepped up in a big way so far this week, especially in today’s session. Majchrzak joined Haas for a 1-2 punch, and Cali is running away with the team points win this week, assuming nothing disastrous happens in the skins.

This race featured three of the top five in ISL ranks coming into the meet – everyone but league leader Danas Rapsys, who swam earlier today, and #4 Fernando Scheffer, who is on bye. #2-ranked Matsumoto fell to fourth here, well off his best, and #3 Duncan Scott was just third in this race, four tenths off his season-best.

As they all should. If we ever want the ISL to succeed and grow into something amazing, athletes need to treat the finals as something on par to a World Championships or Olympic Games. This league needs to be the future of swimming, with the Olympics/WCs as extra events added on in the summers. May be a controversial statement, but just my thought

Same. For example the NBA…

Do we want the ISL to succeed and change the sport into being highly sprint-focused with all the 50s they swim? I don’t want to see swimming become soft where one only competes for 4-5 minutes max

I’m just glad someone figured out how to get Townley to swim fast in season.