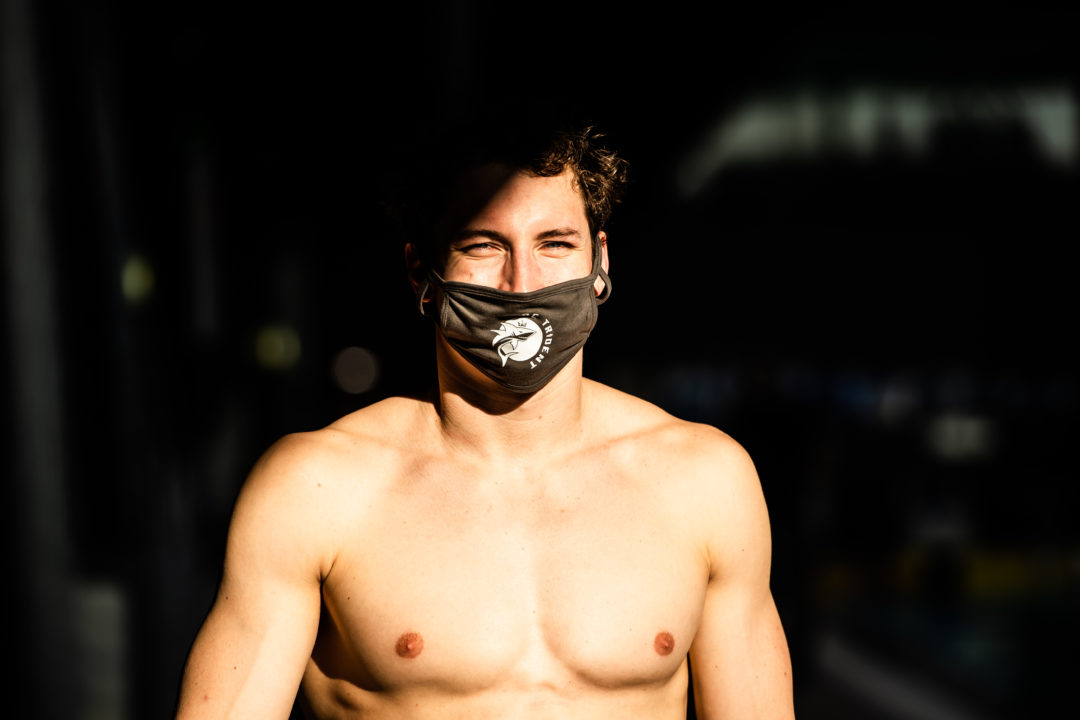 The semi-final lineup is shaping up heading into the final week of regular season ISL action. Barring a breakthrough from Aqua, the 8 teams that will advance are set. Current photo via Mike Lewis/Ola Vista Photography

For the first time in this International Swimming League (ISL) season 2 we experienced overlapping matches, with number 7 wrapping up in the morning while number 8 just concluded from Duna Arena in Budapest, Hungary on Friday afternoon.

In match #7, Energy Standard came out on top in a big way, reaping 613 total points to sit arms and shoulders above the next-closest finisher of Iron. Iron captured 448 points for a comfortable finish over Toronto Titans and DC Trident who finished in the bottom two spots with 391 and 256 points, respectively.

As for match #8, London Roar kept it close the majority of the meet, but ultimately fell just 15.5 behind winners Cali Condors. The Condors remain undefeated, producing performances worthy of a 507 point total, while Roar finished with 491.5.

Tokyo had a strong showing with 419 points, the NY Breakers were a distant 4th with 296.5 points total.

Taking this to the overall team standings level for the entire league, here is how things shake out after match #8.

Just 8 teams move on to the semifinals set to take begin November 14th. However, DC Trident and NY Breakers each have a bye for the final week of regular competition. With DCT owning just 4 points, that team is concretely out of the semis.

Aqua Centurions still have a chance at the semi-finals, though they would need at least a 2nd place finish to match the New York Breakers’ current tally of 6 points in their final match. They face Cali Condors, London Roar, and LA Current in that match, which are 3 teams that are expected to make the final of the league, depending on seeding. Unless Federica Pellegrini swims, and wins, a lot of races, Aqua’s performance indicates that they’re unlikely to make the semi-finals.

The Toronto Titans, with one more meet remaining, will be battling for seeding, though we don’t know yet exactly what that seeding is going to look like. The matchup between Toronto and Iron in Match #9 could be significant for seeding, although again, without knowing tie breakers or how seeding will work, it’s still not entirely clear what that means.

ES, TO and Iron in back to back matches to close the regular season? 3 days apart??

It’s the magnificent ISL scheduling. Nothing more to comment.

Same for Cali and London in match 10, also 3 days apart (the afternoon sessions on monday+tuesday)… The schedule is a bit strange sometimes 😉

They get to go home now!

You have not counted the Match 7 results in the standings.

ENS have 11 points from 3 matches, Iron have 9, Toronto 7 and DC have finished the regular season with 5.

Can Iron take out LAC and Tokyo???

One on one, no. In the rankings, maybe.

At the moment Iron is 2 points ahead of Tokyo. If the missing match 7 points are added they’ll have 9 points while Tokyo have 7.
They face each other in their last match with Toronto and Energy also there. Tokyo need at least a two-place better finish to tie with Iron. So if Iron beats Titans, they’ll finish higher than Tokyo, assuming Energy wins the match.
I think however, Iron had quite an easy schedule throughout the season.

Yeah Tokyo definitely stronger than Iron I think, but they’ve had a brutal schedule facing loads of the top dogs