Toussaint Does It Again; Lowers Dutch 100 Back Record Down To 58.65 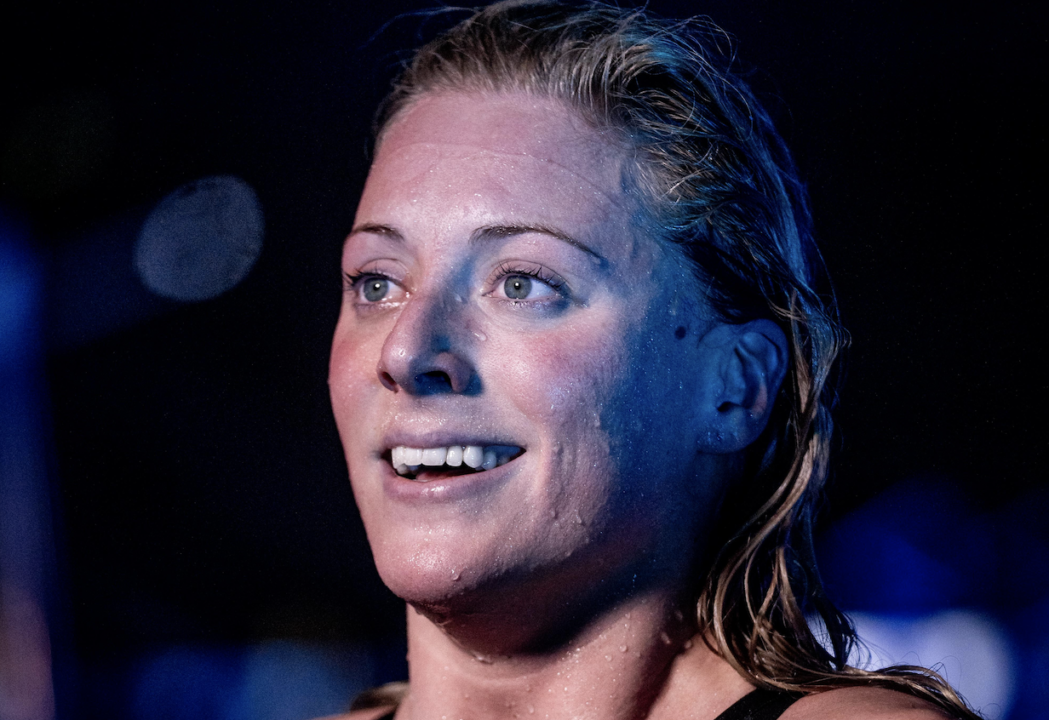 So, Kira Toussaint of the Netherlands definitely has a handle on this women's 100m backstroke thing, lowering her own national record once again in Eindhoven. Archive photo via Mine Kasapoglu for ISL

Kira Toussaint just took her newly-minted lifetime best in the women’s 100m backstroke down to a new level to close out her Eindhoven Qualification Meet campaign.

Capturing gold tonight at Pieter van den Hoogenband Stadium, 26-year-old Toussaint tore up the pool in a new Dutch national record of 58.65. That sliced .09 off of her already swift morning result of 58.74.

Below is a split comparison between her two swims today showing once again that she makes these time improvements happen most significantly on the front end.

Both swims today overtook her own previous Dutch national record and lifetime best of 58.91. That outing was posted at the Rotterdam Qualification Meet last December to make the Olympic squad.

With her new Dutch record, former Tennessee Vol now ranks as the #2 swimmer in the world this season, tying Great Britain’s Kathleen Dawson. In terms of all-time, worldwide, Toussaint moves up to rank as the 14th fastest female 100m back performer ever.

Of note, a time of 58.65 would have reaped silver at the 2016 edition of the Summer Olympic Games.

This is one of the most rapidly improving events. About one half of the all-time top 20 performers have entered the list in the last two years and only three remain from the supersuits era(Spofforth, Zueva and Coventry). On the men’s side, the improvement hasn’t been as great and you still have about 8 or 9 names in the all-time top 20 who set their times in 2009.

Amazing swim. Toussaint seems to have had a huge change in approach since the false positive test. I suppose nearly losing the chance to swim focuses the mind. That said the women’s 100 Back is one of the deepest fields worldwide with a lot of swimmers in with a shot so it is going to be a bloodbath in Tokyo.