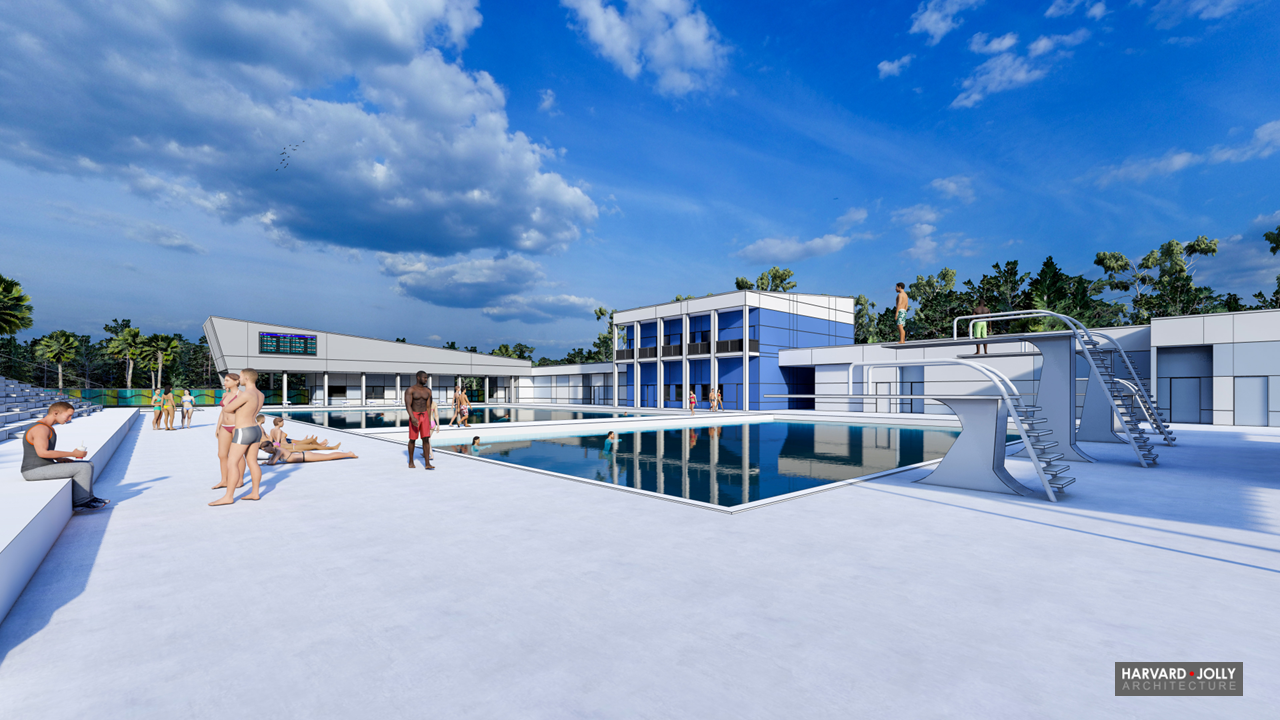 Alongside its partners, Olympic Swimming athletes, local and state leaders, and other celebrities, Keiser University will host its Aquatic Center Community Leader Dinner Event on Wednesday, November 2, 2022, at its Flagship Campus in West Palm Beach, FL.

The event is part of Keiser University’s capital campaign to develop an aquatic center and Olympic Pool at its Flagship Campus. The new facility will become the home of the Seahawks NAIA National Championship men’s and women’s swim teams. However, with nearly 50 years of service to communities throughout Florida, the University intends for the new aquatic center to have a statewide impact and serve as a community resource for Palm Beach County.

“We are thankful for the progress as we continue our mission to support our student athletes and community friends and neighbors through the creation of this aquatic center and Olympic pool,” said Arthur Keiser, Ph.D., Chancellor of Keiser University. “We look forward to rooting for our students as they compete here at their Seahawks home, and to providing a venue for many in our community, especially children, to acquire important swim safety skills.”

One of Keiser University’s major goals is for the new aquatic facility to serve as a valuable location for children and families to learn the life-saving skill of swimming. In addition to the Olympic pool which will be used for competition, the University plans to construct a dedicated Learn to Swim Pool, which would be utilized to offer swimming lessons to Palm Beach children and families. In 2021, the University supported the passage of Every Child a Swimmer legislation in Florida which encourages parents to register their school-aged children for swim lessons by having public school systems in Florida distribute information on the important role water safety education plays in recreational swimming.

The University also intends for the Olympic pool to have a positive economic impact on Palm Beach County’s sports tourism industry and stimulate the area’s bed tax revenues. The Palm Beaches are home to some of the nation’s top sporting facilities and the Olympic pool at Keiser University will help bring premier swimming events to the area.

“Keiser University is truly one of the great tourism partners making economic development an engine for this county; this institution has created a marriage between Palm Beach County and the NAIA,” said George Linley, Executive Director of the Palm Beach Sports Commission. “With this venue, there’s no doubt that we can add Olympic events in the Palm Beaches. From an economic development standpoint, from a community asset standpoint, such an aquatic facility would go a long way in continuing our great reputation as a one of Florida’s premier sports destinations.”

The Community Leaders Dinner will be headlined by 12-time Olympic Medalists Dara Torres and Ryan Lochte. Torres is one of three women Olympians to earn the most swimming medals, and the first swimmer to represent the United States in five Olympic Games. In 2008, at the age of 41, she won three Silver Medals at the Beijing Summer Games. Lochte is a four-time Olympian and the current World Record holder in the 200-meter individual medley. Lochte previously earned SwimSwam’s Swammy Award for U.S. Male Swimmer of the Year in 2013.

Torres and Lochte will be joined by international Olympians Brett Hawke and Elvis Burrows. Hawke represented Australia at the 2000 and 2004 Summer Olympics and is the former head swimming and diving coach at Auburn University. Burrows is a Bahamian swimmer who competed in the 2008 Summer Olympics and swam collegiately for the University of Kentucky where he received All-American honors.

The Community Leader Dinner Event takes place on November 2, 2022, at Keiser University’s Flagship campus. Tickets and sponsorship opportunities are still available, and anyone interested in more information about the event, or the fundraising campaign, is encouraged to visit: https://aquaticcenter.keiseruniversity.edu/.

Keiser University is a private, independent, non-profit university serving nearly 20,000 students at 21 Florida campuses, online, and two international sites. Co-founded in 1977 by Chancellor Arthur Keiser, Ph.D., and Evelyn Keiser, Keiser University currently offers more than 100 degrees from associates to the doctoral level. Keiser University is a member of the Hispanic Association of Colleges and Universities and was ranked No. 1 in the U.S. in Social Mobility by U.S. News & World Reports in 2023.

I think that’s Virtual Mark Zuckerberg on the far left.

Now we know what Lochte does after breaking his promise to compete at the world cup series.

Yes, everyone who goes to a pool is this physically fit XD