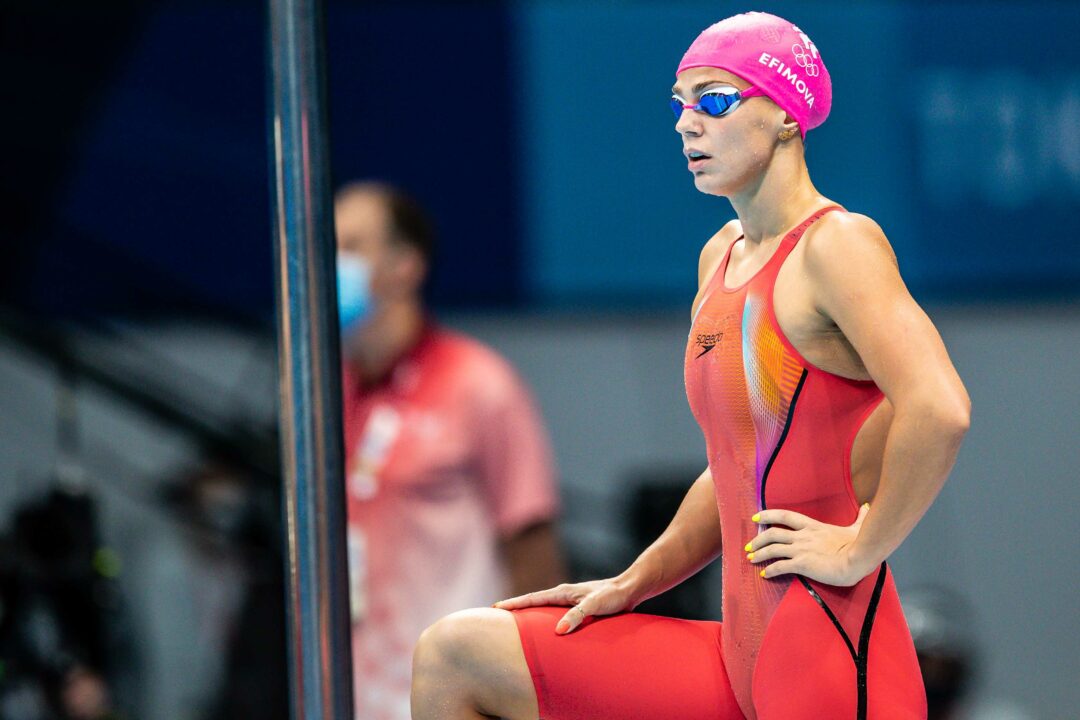 Refresh yourself on the happenings at the 2021 Russian Short Course Championships with our list of the top 5 swims stemming from St. Petersburg. Archive photo via Jack Spitser/Spitser Photography

Amidst the International Swimming League (ISL) season 3 playoff action, you may have missed the 2021 Russian Short Course Championships which just wrapped up from St. Petersburg.

Marking the second of two qualification meets for this year’s Short Course World Championships, several swimmers added their names into the consideration pot for Abu Dhabi after the European Short Course Championships.

As a digest of sorts, below are our top 5 swims from St. Petersburg this weekend.

The men’s 200m fly saw Aleksandr Kharlanov top the podium in a swift 1:50.94 on night 1 of these championships. He opened in 52.94 and closed in 58.00 to nearly overtake his own lifetime best tonight. That stands at the 1:50.54 he put up for gold at the 2017 European Short Course Championships.

Kharlanov indeed qualified for Abu Dhabi with tonight’s swim, as his 1:50.94 comfortably dipped under the Russian QT of 1:51.82 needed to make the grade.

Pavel Samusenko took the men’s 100m backstroke, posting a swift 49.33 to grab the gold at these championships. Opening in 23.72 and closing in 25.61, 20-year-old Samusenko beat out Nikita Ulyanov and Egor Dolomanov who claimed silver and bronze in respective efforts of 50.66 and 51.40.

For Samusenko, the man logged a time under the Russian qualifying mark of 49.99 needed for the Short Course World Championships in Abu Dhabi. The time also checked in as a new lifetime best, dipping under the 49.92 he put up in Kazan for 4th place at this year’s European Short Course Championships.

Samusenko’s effort tonight checks him in as just outside the list of the 15 fastest performers in history. Within his home nation of Russia, this 49.33 result here renders him as the 6th fastest man of all time.

Stopping the clock in a result of 49.94, Samusenko dipped under the 50-second threshold in the men’s SCM 100 fly for the first time in his career. Entering this meet Samusenko’s PB rested at the 50.33 he logged just this past October on the FINA World Cup Series.

However, splitting 23.50/26.44, the man not only sliced .39 off of his past best performance but he also cleared the Russian qualification time of 50.13 needed to add his name into consideration for this December’s Short Course World Championships. With his 49.94 outing, Samusenko checks in as Russia’s 4th fastest man in history in this event.

Sergey Fesikov also narrowly dipped under the qualification time while racing the men’s 100m IM at this competition. Fesikov touched in 52.05, with the QT sitting at 52.10.

At this year’s European Short Course Championships in Budapest, Fesikov logged a time of 52.83 for 8th place in this event, so the 32-year-old most likely added his name to the Abu Dhabi roster with this standout swim.

Multi-Olympic medalist Yuliya Efimova got it done for gold on the final night of competition in the women’s 200m breaststroke, producing a time of 2:18.06.

Splitting 1:06.89/1:11.17, 29-year-old Efimova handily defeated the field, with the next closest swimmer represented by Vitalina Simonova who touched well over a second later in 2:19.77.

Efimova, who owns the national record in this event with the 2:15.62 she put up in 2016, dipped under the Russian qualification standard of 2:19.68 needed for the aforementioned Short Course World Championships in Abu Dhabi.