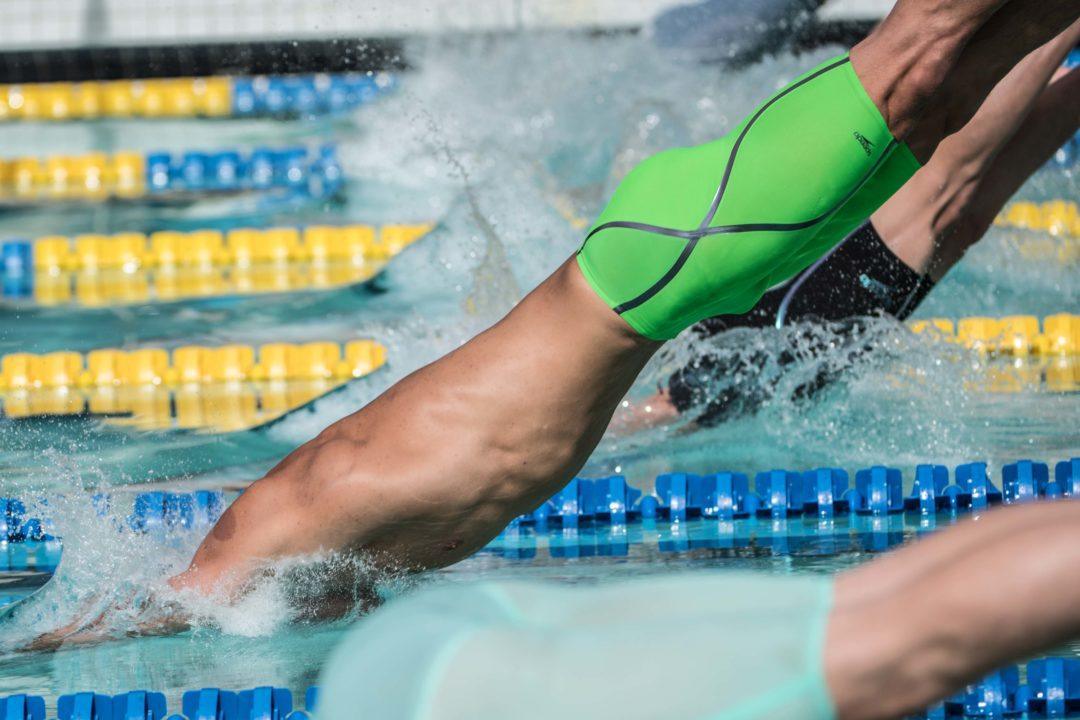 After a suboptimal swim in prelims that left him 14th, Nans Roch scratched out of the B final of the 200 fly. Stock photo via Mike Lewis/Ola Vista Photography 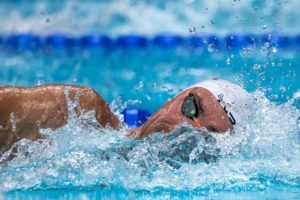 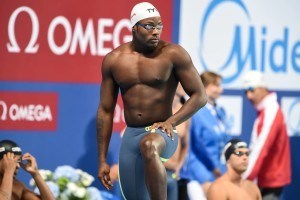 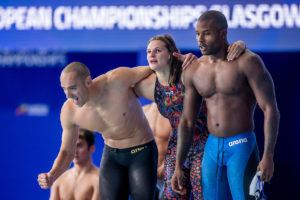 It was a tough morning for some of the biggest names on Day 3 of the 2019 French Elite National Championships in Rennes. With the exception of Jérémy Stravius, who went his 6th-fastest time ever in prelims of the 50 backstroke, several of the top-seeded men will be missing from finals on Thursday.

There were all kinds of upheavals in the men’s 50 breaststroke. Two of the top three seeds, Tunisia’s Adnane Beji and Marseille’s Jean Dencausse, did not live up to their billings and produced the 14th and 16th performances, respectively, of the morning. Seeded #1 with 26.86, Beji went 28.70 in prelims. But because he was the third foreign athlete and the FFN (Fédération Française de Natation) allows but one per final, Beji automatically qualified for the C final. He did not scratch and is expected to be in lane 4 of the C final instead of lane 4 of the A final. Dencausse, on the other hand, did scratch. The Marseille breaststroker came in with a seed time of 28.30 at #3 on the psych sheet. His morning swim of 28.77 qualified him for lane 1 of the B final but he gave up the spot. Meanwhile, Antoine Viquerat of Dauphins Toulouse, 13th on the psych sheet with a seed time of 28.72, had a superb morning swim, going 28.28 to qualify 3rd for the final. Despite the big drop, Viquerat opted out of finals, leaving room for Mulhouse’s Mateo Girardet to move into the A final and Julien Valour (Marseille) and Virgile Rossillon (SFO Corbevoie) to ascend to the B final.

The top 8 women in the 1500 free and the top 16 women in the 50 breast and 200 free are expected to compete in each of their respective finals tonight.