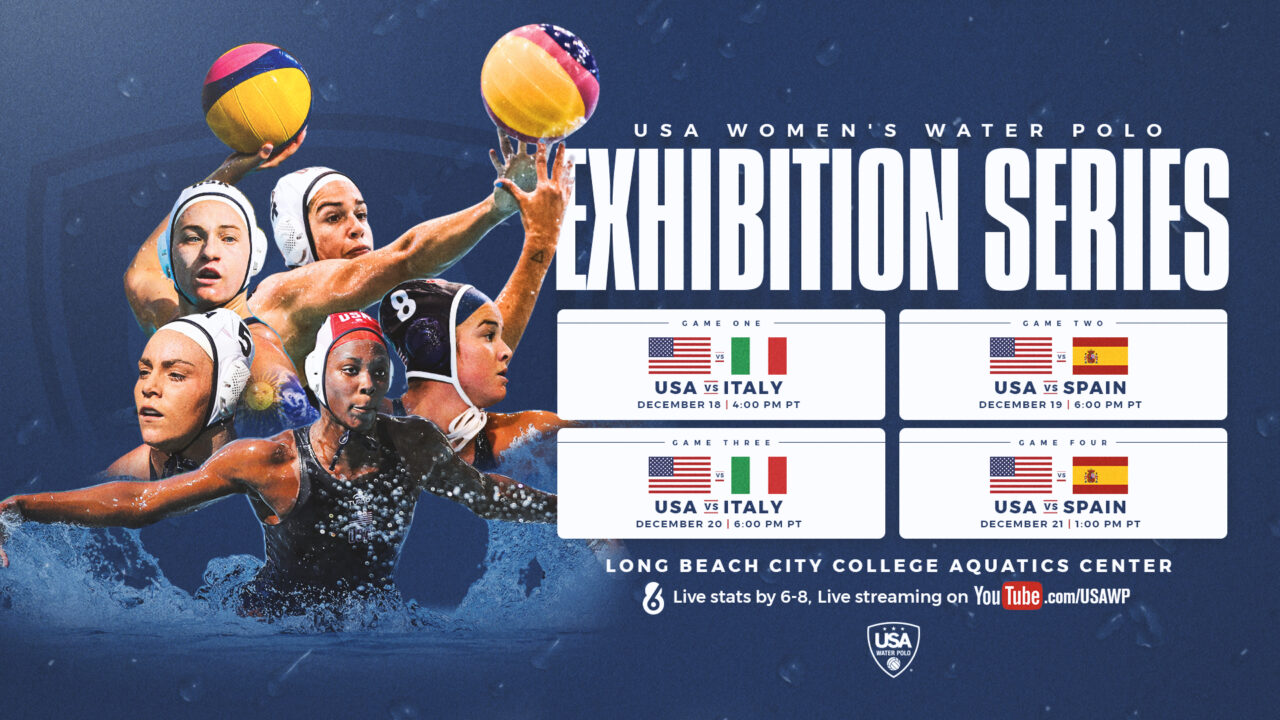 These contests mark the first home matches for Team USA since last summer prior to their gold medal victory at the Olympic Games in Tokyo. Current photo via USA Water Polo

Irvine, CA – December 1 – The top-ranked USA Women’s National Team is set to host Italy and Spain this December 18-21 for a series of friendlies in Long Beach, CA. The matches will take place at Long Beach City College at the Monte Nitzkowski Aquatic Center (3990 Faculty Ave #3940, Long Beach, CA 90808). These contests mark the first home matches for Team USA since last summer prior to their gold medal victory at the Olympic Games in Tokyo. All matches will stream live at YouTube.com/USAWP with live stats provided by 68 Sports at 68scores.com.

Team USA will bring athletes from both the Gold medal-winning FINA World Championship squad and the Bronze medal-winning team at the 2022 FINA World League Super Final in Santa Cruz de Tenerife, Spain. Two-time Olympic champions Ashleigh Johnson and Rachel Fattal alongside fellow gold medalist Amanda Longan will lead Team USA in action against Italy and Spain.  Rosters for all three competing countries will be announced in the coming weeks.

The United States defeated Spain, 13-8, in the quarterfinals and Italy, 14-6, in the semifinals of the 2022 FINA World Championships where Spain finished fifth as Italy claimed fourth. Team USA then beat Italy, 11-10, in Group Play at the 2022 FINA World League Super Final before losing in the semifinals. The Spanish won Gold at the World League Super Final while the Italians placed fifth.