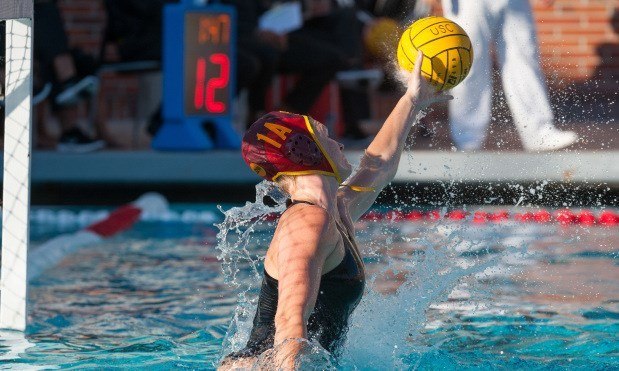 The top 11 spots in the Collegiate Water Polo Association (CWPA) women's water polo Top 25 poll remained the same as all 15 Week 4 matches involving ranked teams saw the favorite prevail. The Barbara Kalbus Invitational could shake up the rankings next week as 16 teams tangle in 32 matches in Irvine, California. Current photo via USC Athletics

#1 USC maintained its stranglehold on the top spot as the defending champions moved to 13-0 and extended its current win streak to 29 matches heading into this weekend’s prestigious Barbara Kalbus Invitational in Irvine, California. The event will pit the Trojans against #8 Arizona State, #9 UC Santa Barbara and #25 San Diego State in Pool A action.

Azusa Pacific rejoined the Top 25 in a tie for the final spot after receiving votes a week ago.