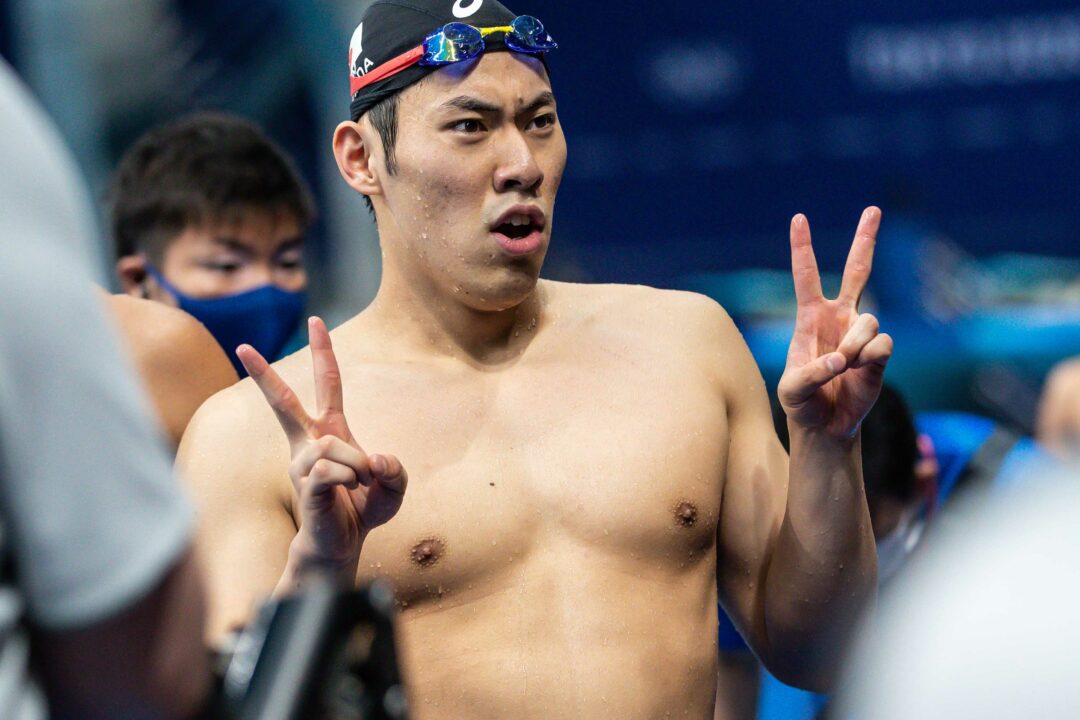 21-year-old Tomoru Honda just threw down his fastest 400m free event, entering the world rankings in this 'off event' in the process. Archive photo via Jack Spitser/Spitser Photography

Day two of the 2023 Kosuke Kitajima Cup saw 22-year-old Olympian Waka Kobori take on a tough double of the women’s 400m IM and 400m free, coming out with the gold in both events.

First, in the 4IM, Kobori stopped the clock in a time of 4:41.68 to top the podium. That result represents a new season-best, overtaking her previous quickest of 4:43.32 produced at last month’s Japan Open.

She now moves up the season’s world rankings from slot #9 to slot #6, positioned just behind Japanese teammates Mio Narita and Ageha Tanigawa.

Kobori’s 400m free this evening was also a solid performance as she got to the wall first in a mark of 4:12.65. Her Japan Open performance was indeed faster, however, with her time of 4:09.34 there rendering her the world’s 6th fastest performer this season.

The men’s 200m fly winner here, Tomoru Honda, took on an ‘off event’ of the men’s 400m freestyle where he came out victorious. The 21-year-old Olympic silver medalist in the 200m fly punched an effort of 3:48.77 to win this 4free event tonight.

Entering this meet, Honda’s lifetime best rested at the 4:00.67 he logged as a high schooler during the 2019 FINA World Cup Series. However, his new PB now inserts Honda into the season’s world rankings as the 7th fastest performer.

In the men’s 100m free, Katsuhiro (Katsuo) Matsumoto rocked the only sub-49 second result of the field in 48.76. That time slices .01 off of the 48.77 he scored last month at the Japan Open to remain the 4th fastest performer in the world this season.

I mean, the title’s not wrong, but perhaps is not what was intended 😅

Haha, must have been subliminal!