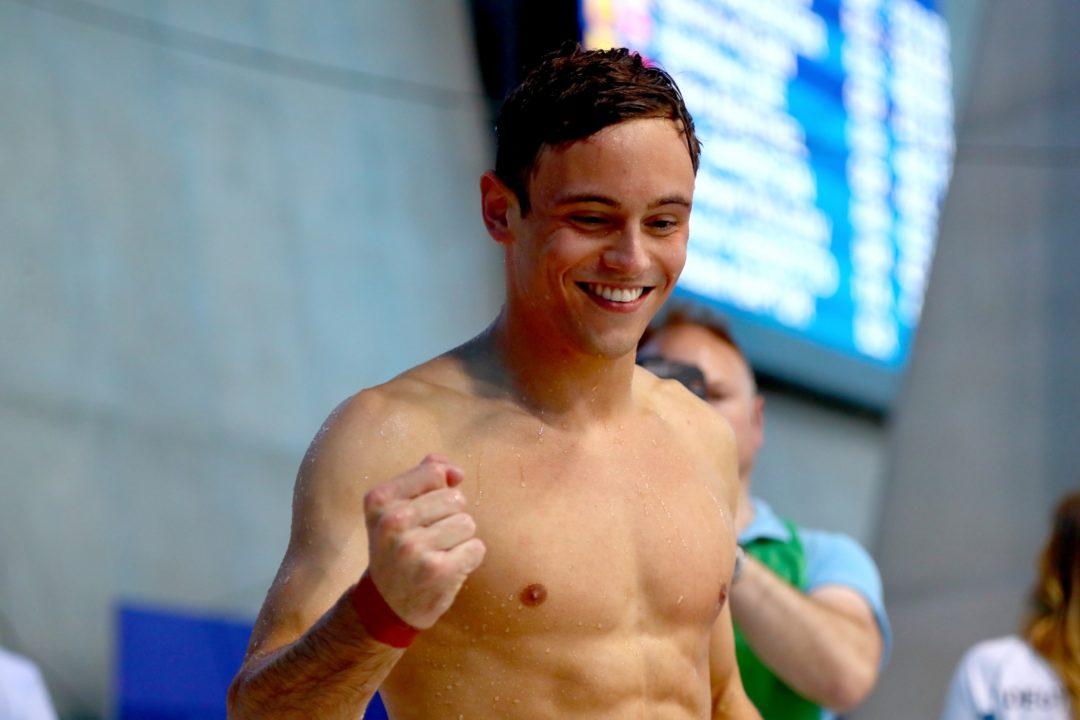 Tom Daley won gold in the men's 10m platform to close out diving at the FINA World Championships.

China was again dominant in diving on Friday at the World Championships.

The final day of diving from Danube Arena in Budapest saw Great Britain’s Tom Daley prevail over 2016 Olympic champ Chen Aisen for the gold medal in the men’s 10m platform.

Coming out of the Olympic prelims with the top score, Daley crashed and burned in the semi-finals last year and failed to final. This time around he made it through to the final in 2nd, and once he got there he performed big time.

Daley received a total of 12 perfect-10 scores over the course of his six dives, and twice scored over 100 on a dive. He totalled 590.95 points, beating out Chen by a slim margin (585.25). The 23-year-old regains the world title after winning it eight years ago in Rome.

Yang Jian won bronze for China, giving them two medals in the final event to cap an incredible meet that saw them win eight of the thirteen events. Russian Aleksandr Bondar took 4th after qualifying 1st from the semis, and Ukrainian Maksym Dolgov moved up to 5th after being the last qualifier (12th) for the final in the semis.

Just a few hours prior to his epic performance in the 10m, Daley won a silver in the mixed 3m synchro with teammate Grace Reid. China won gold, as Li Zheng and Wang Han combined for a score of 323.70, and the Canadian pair of Jennifer Abel and Francois Imbeau-Dulac won bronze.

China’s 8 golds is down from their 10 won in Kazan, as five other countries won one gold each. Russia finishes 2nd on the medal table with 1 gold, 2 silver and 2 bronze.

*When North Korea gets more medals than the US*

Liability has shut down most of the diving boards in USA which is fine with me. Leaves more lanes open to swimming laps for those pools without a separate diving well. Exhibition sports that don’t challenge heart & lung? …meh

The men’s 10 meter platform was a wild ride at the top. Epic to watch.