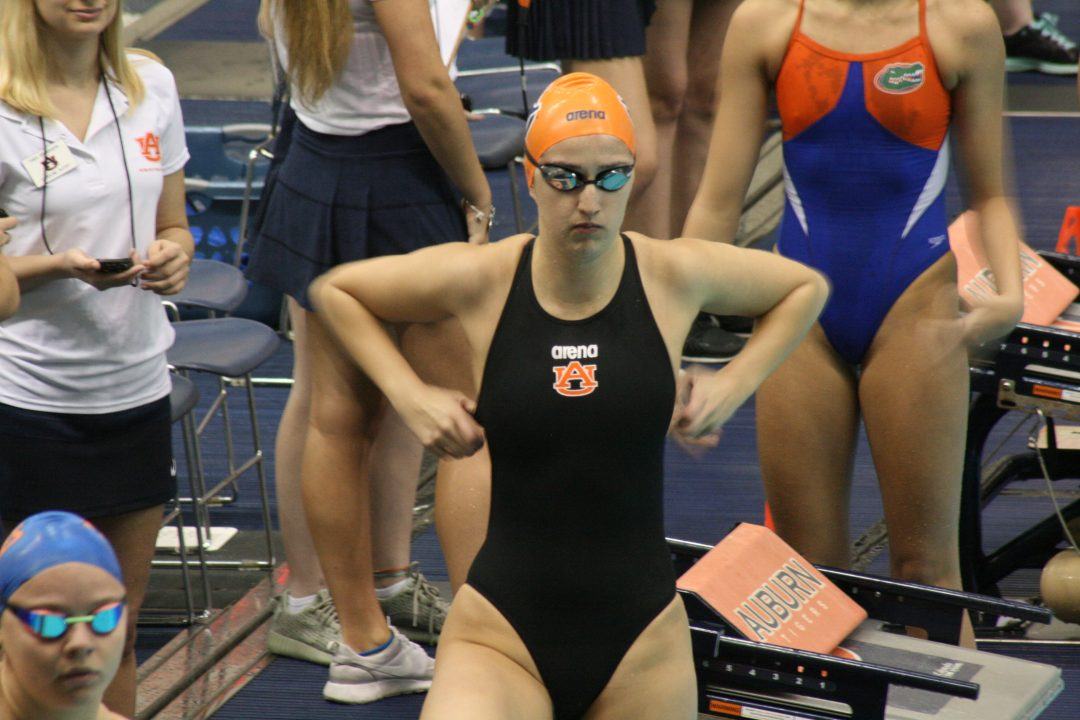 Neidigh earlier in the meet won the 400 IM and the 800 free, the latter in a Meet Record.

The second Meet Record came in the last individual event, where Purdue’s Christian Bals won the 200 breaststroke in 2:15.73. Purdue has a strong history in this event – the old record of 2:15.89 was set by fellow Boilermaker Giordan Pogioli in 2006.

Hmm.. Now I do think I have heard of her.