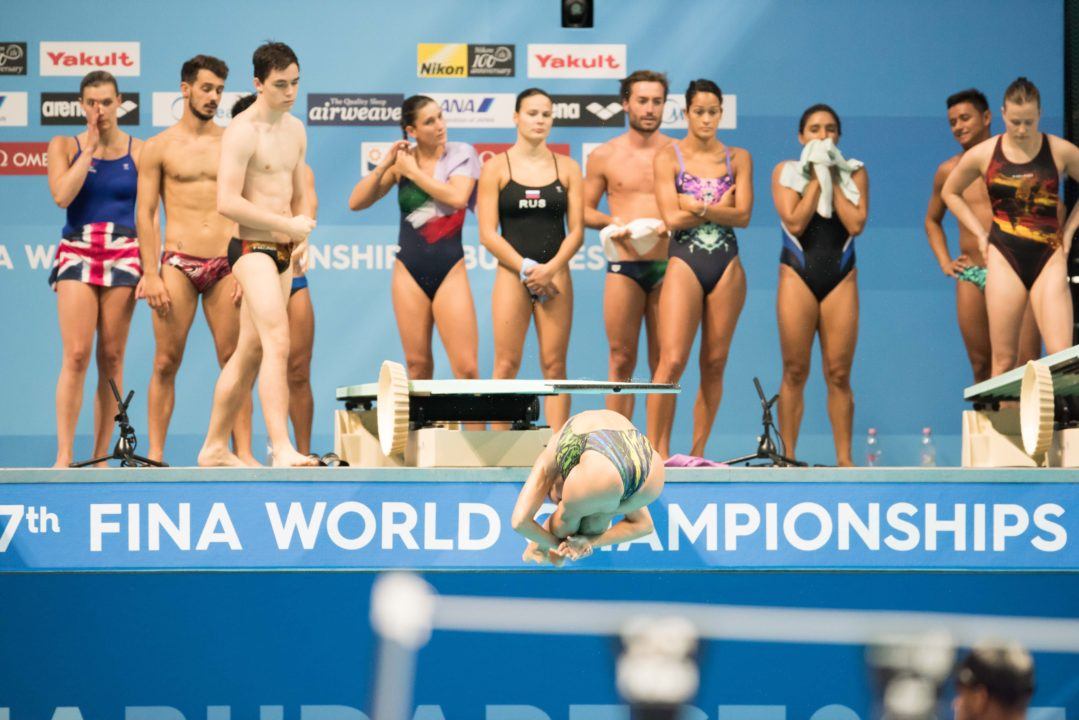 China topped the medal table in Budapest as has become the norm over the past 16 years. Current photo via Mike Lewis/Ola Vista Photography

As has been the case at every World Championship since 2001, China decisively topped the medal table at the 2017 World Aquatics Championships.

The Chinese divers won 8 gold and 15 total medals. Despite tying their 2015 record with 15 medals, 8 gold is their fewest total since 2009, back before the mixed events were added to the schedule in 2015.

Excluding the mixed events they won six golds, their fewest since 2005 (5) when the Canadians won three golds on home soil in Montreal.

They won all five of the male events in 2015, but retained just three this year. Olympic gold medalist Chen Aisen was upset by Great Britain’s Tom Daley in the 10m platform, and the Russians took them out in the synchronized 3m springboard.

The women won the same three events as the last championships. They failed to medal in the 1m springboard, and Olympic gold and silver medalists Ren Qian and Si Yajie were upset by Malaysian Cheong Jun Hoong in the women’s 10m platform

They were dominant repeating in the mixed 3m and 10m synchronized events, but failed to medal in the team event after finishing 3rd in 2015.

No country other than China won more than one gold medal.

Russia finished 2nd on the medal table with five total medals, adding two silvers from the men’s 10m synchro and women’s 1m (Nadezhda Bazhina) to go along with that gold in the men’s 3m synchro.

Along with golds from Daley (GBR) and Cheong (MAS), Maddison Keeney (AUS) won gold in the women’s 1m springboard and the French team of Laura Marino and Matthieu Rosset triumphed in the mixed team event.