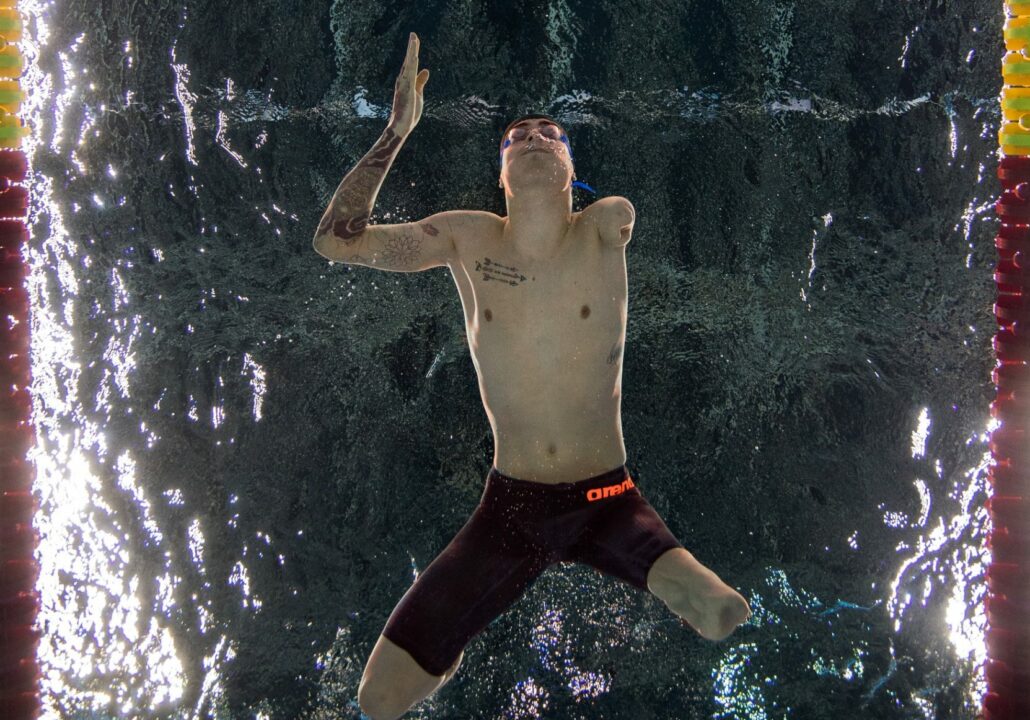 Out of the SB2 men’s 50 breast heats, SB1 swimmer Aliaksei Talai of Belarus qualified 6th into the final at 1:24.86, which took down the SB1 Paralympic record of 1:48.31 from the 1992 Barcelona Games. Taking the top seed into the final was Arnulfo Castorena of Mexico at 59.04.

Swimming the No. 3 seed into the S10 men’s 100 fly was Aussie Col Pearse, clocking in a time of 58.23 for a new Oceania continental record. The top seed was swam by Ukrainian Maksym Krypak at 57.74.