Tickets on Sale for Pro Swim Series in Greensboro 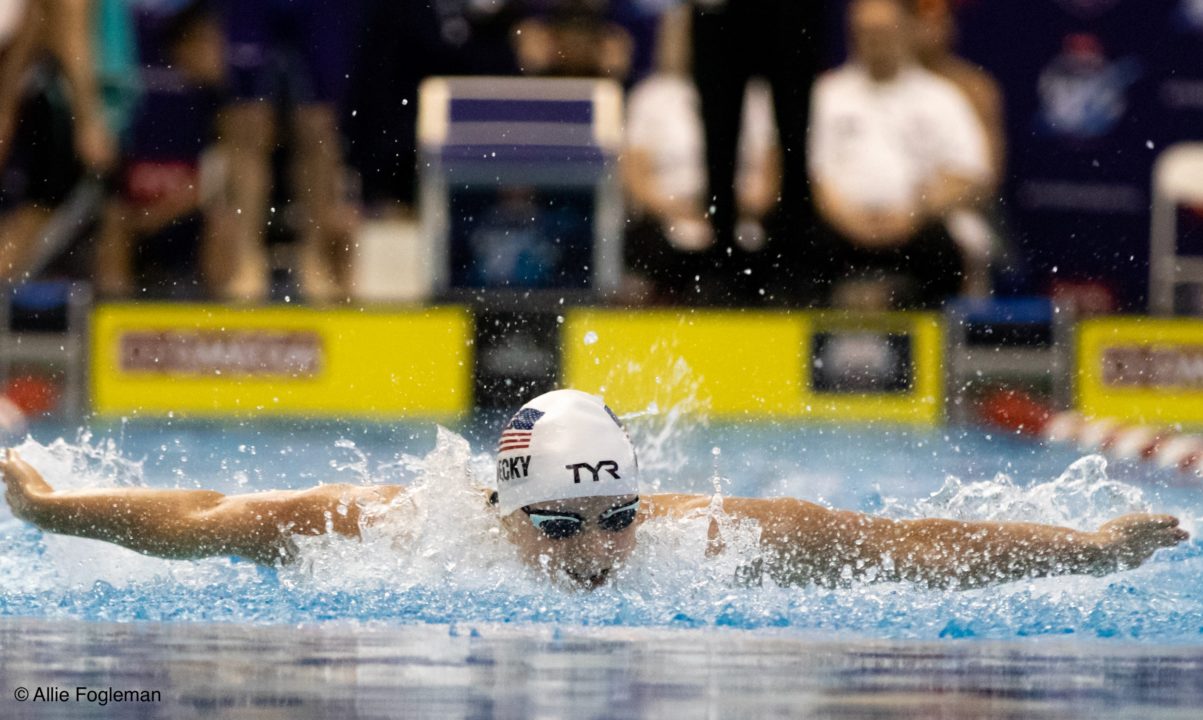 ith an exciting 2019-2020 swim season just around the corner, tickets are now on sale for the first TYR Pro Swim Series stop in Greensboro, N.C. on Nov. 6-9. Current photo via Allie Fogleman

One the most competitive domestic events series on the calendar, the TYR Pro Swim Series attract between 400-600 of the world’s top swimmers, including USA Swimming National Team members, National Junior Team members and top 50 world-ranked swimmers. Events will be televised on NBCSN, the Olympic Channel and via live stream on usaswimming.org.

This marks the first time that this Series will travel to Greensboro. The last time the series took place in North Carolina was in 2016 in Charlotte. Greensboro also marks the first of five stops on the 2020 TYR Pro Swim Series calendar, which features trips to Knoxville, Tenn., Des Moines, Iowa, Mission Viejo, Calif. and Indianapolis, Ind. A complete schedule of 2020 events can be found at usaswimming.org/tyr-pro-swim-series.

Competition in Greensboro will begin Thursday, November 6 with the men’s and women’s 1500-meter freestyle. Following the distance freestyle events, the competition will follow the same daily schedule, with preliminary heats taking place Thursday through Sunday at 9 a.m. EST and finals beginning each night at 6 p.m. EST.

For more information on the TYR Pro Swim Series at Greensboro, visit usaswimming.org.