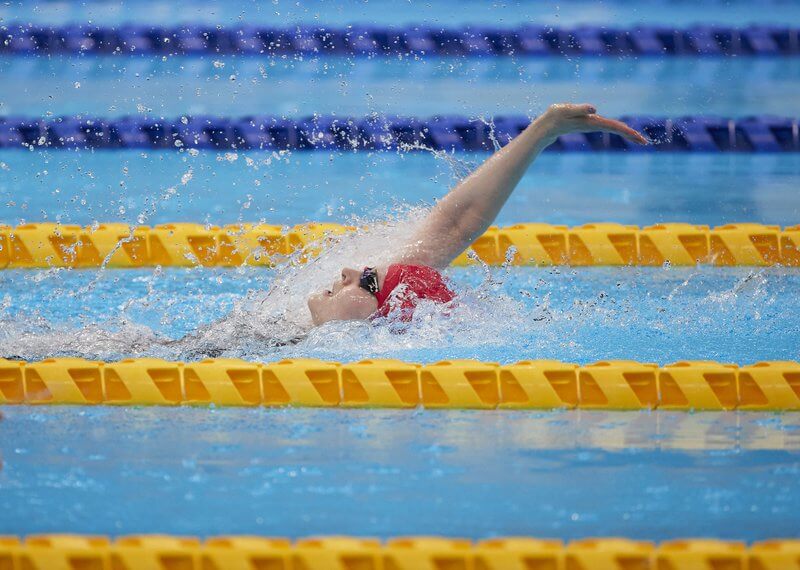 The British native announced the news via Instagram on Tuesday, celebrating the highlights of her career and reflecting on her accomplishments throughout her 11 years on the international stage.

Russell’s visual impairment classified her as an S12 swimmer. Her parents introduced her to swimming when she was four, and she ended up developing a passion for the sport and joined Woking Swimming Club at the age of seven.

The Surrey-born athlete made an impressive international debut at the European Championships in 2011, taking home silver in the 100 backstroke and bronze in the 100 butterfly.

The following year, she joined her first Paralympic team in London with three medal finishes. Cheered on by her home crowd, Russell earned silver in the 400 free and a pair of bronzes in the 100 back and 100 fly.

At the 2013 IPC Swimming World Championships held in Montreal, Russell accumulated a career-high in medals at an international competition. She won her first gold in the 100 back and finished with three silvers in the 50 free, 100 free, and 100 fly, as well as a bronze in the 400 free.

Russell made her second Paralympic appearance at the 2016 Rio Games with back-to-back gold medal performances. She won the 100 back in world-record-setting fashion and is the current record holder in the event. A few days later, Russell sprinted to her second Paralympic gold in the 50 free.

In preparation for the Tokyo 2020 Paralympic Games, Russell stepped away from swimming in 2019 to address her mental health and take care of her wellbeing. Russell’s break from the sport allowed her to complete her sports science degree at the University of Salford, where she achieved first-class honors.

After some time away, Russell returned to swimming in better health to defend her title in the 100 back at the Tokyo 2020 Paralympic Games. The UK recognized Russell for her achievements and services to swimming in the 2022 New Year’s Honours List. The then Prince Charles presented her OBE during her visit to Windsor Castle in June.

Russell closed out her competitive career with an opportune swim at the 2022 Commonwealth Games. This year, the program fully integrated para swimmers for the first time ever. Russell moved up a class and competed in the S13 50 free, earning a silver medal.

In her Instagram post, Russell shared that she will begin the next chapter of her life as a primary school teacher. She hopes to inspire the next generation of visually impaired swimmers with her story of triumph over adversity.