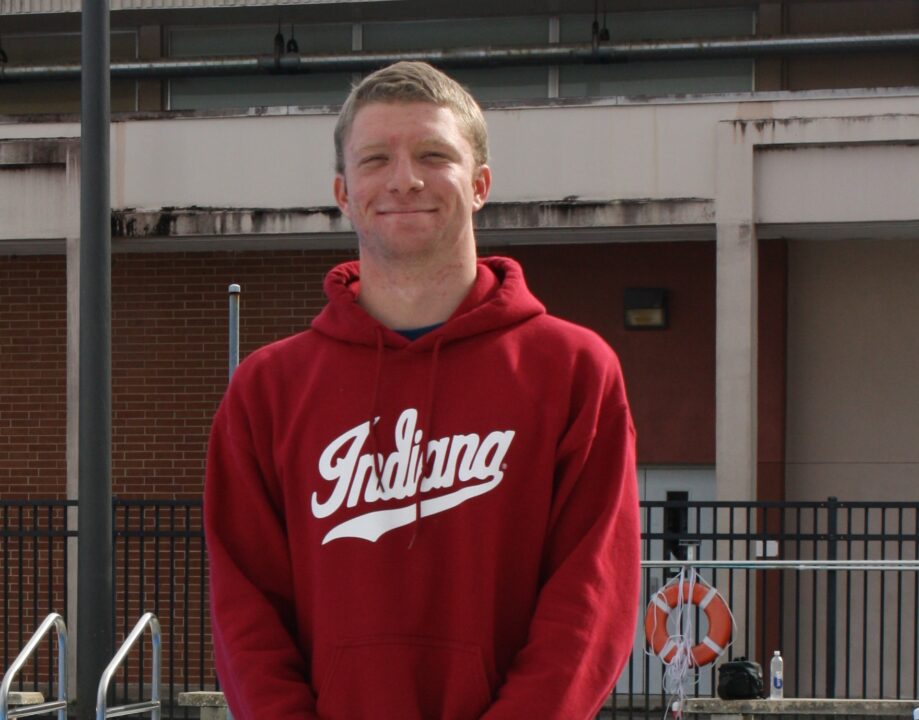 Weisel will bring talent in a range of freestyle events to the Hoosiers roster as a member of the program's class of 2027.

A three-time Florida high school state champion, Elliot Weisel of Merritt Island, Florida has announced his decision to continue his swimming career at Indiana University in the fall of 2023. Weisel does his club swimming with the Rocoa Rockets and attends school at Rockledge Senior High School.

“I am extremely excited to announce that I will be continuing my academic and athletic career at Indiana University! I also want to thank my coaches, family, friends, and teammates for their support and for making this opportunity possible. Go Hoosiers!”

Last fall, Weisel claimed two state titles at the FHSAA 2A Swimming and Diving Championships. In the 200 free, he cruised to a win by over two seconds, touching in 1:39.93. He was slightly faster during prelims, where he finished in 1:39.65. His victory in the 500 free came by the virtually the same margin, with Weisel dipping below 4:30 to finish in 4:29.96. His lifetime best in the event at the time came during prelims of the event, where he stopped the clock at 4:29.19. His efforts helped Rockledge to a fourth place overall finish at the meet.

Weisel will add to the Hoosiers’ depth in the mid-distance and distance events when he arrives on campus in the fall of 2023. With a year left to improve before his freshman season, he already holds times fast enough to score at the Big-10 Conference Championships. In 2022, his lifetime bests would have finished in the top-24 of the 200, 500, and 1650 freestyles.

Indiana is coming off a season that saw them win the Big-10 Championships title and take 5th at the NCAA Championships. In the distance events, the team was led by junior Michael Brinegar and sophomore Warren Briggs. While Brinegar decided to turn pro after the end of last season, Briggs and Weisel are scheduled to overlap for at least one season, and maybe two, at Indiana.

Weisel is the first distance addition the Hoosiers have made for the class of 2027. The program already has commitments from Sean Sullivan, William Raches, Toby Barnett, and Dylan Smiley. Weisel is the best distance freestyle so far in a well-balanced Hoosier class, though Barnett has times of 4:26/9:04 in the 500 and 1000 freestyles as well.

Congrats! Great fit and another strong guy that’s diverse and can help relays too.

It’s Luke Hobson all over again

idk what that means but that guys crazy fast so ill take it!

https://www.instagram.com/p/CXCQZWzFIgg/?igshid=YmMyMTA2M2Y=
This is all you’ll need. You’re welcome

4
0
Reply
road to 26
Reply to  Distance Per Stroke

Which high school junior would win in a wrestling match: Nate Jacobs or Elliot Weisel?

No mention to the Olympic champion that will be on the same training group ?