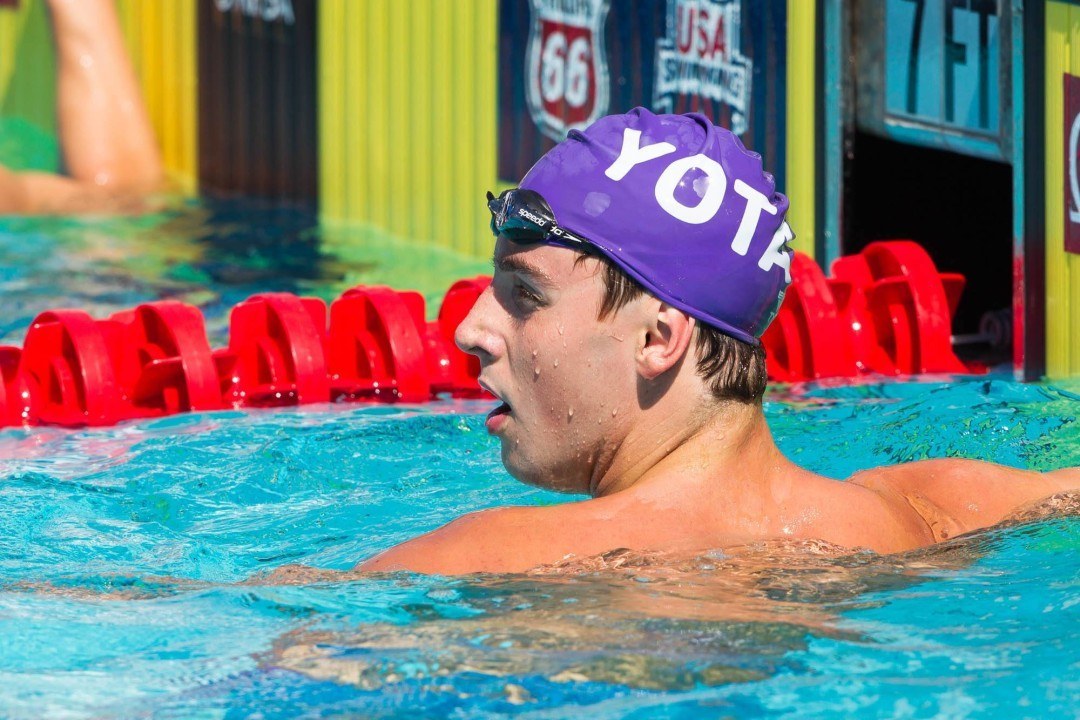 Former Virginia Tech sprint star Joe Bonk will transfer to North Carolina State and begin competition for the Wolfpack as a junior in the fall of 2015, he told SwimSwam today.

Bonk is now absent from the Hokies’ roster after spending two years competing for them, and after sitting this season out will transfer to compete for their ACC rivals.

“Virginia Tech just wasn’t the training and social environment I needed to be successful,” Bonk said “If I had to sum it up briefly: it was a difficult decision but I want to end my swimming career without regrets of what could’ve been, so I pulled the plug in a way.”

“VT is a great place, it just wasn’t for me,” Bonk continued, complimenting his former school and team.

North Carolina State has the hottest sprint group in the conference (if not the country) right now, so the draw is there for Bonk, who is a sprinter.

Those 50 free and 100 fly times listed above were done at his last ACC Championship meet, while the 100 was clocked at Winter Nationals this past December while representing YMCA of the Triangle Area. His 200 free is a time from when he was in high school, and a race he rarely swam at Virginia Tech.

During his sophomore season, he earned 40 points in his individual swims, and in 2013 was on the ACC Championship winning 400 medley relay. He also earned three Honorable Mention All-American honors in relays as a freshman, but didn’t swim at NCAA’s as a sophomore.

He should have transferred to UNC-CHeat. Then he could swim competitively, and get all A’s for doing nothing. 🙂

Probably also important to note that Bonk is from Raleigh.

From what I read, If you transfer within a conference, you have to take a year off, which he is this year. He is probably going to a community college in order to keep his academic eligibility in tact or taking online classes or something. Smart decision for him. NC state got a big time transfer on this. I feel they have received a few transfers lately.

I would like to hear some clarity on transferring within the conference. Having swum for an ACC school, it was made very cear to us that if we were going to transfer it would be quite a hassle to do so and definitely frowned upon.

I don’t know how this may appear to others, but this kinda seems like a big middle finger to VT deciding to transfer within the conference and to a rival team……………..

Me thinks/hope WAHOOSWIMFAN has it right… but that is not what I was thinking after reading the article. I continue to fully believe Skinner runs a first rate operation and I KNOW the young men to be of the highest quality. Hopefully someone can weigh-in and assuage my fears. Thanks!

Holloway, the current NCSU coach, was at Va Tech before NCSU, and probably was the sprint coach who recruited Bonk and may have coached him, so this is not an unusual move or one that suggest any other issues.