The Eyes Of The Storms 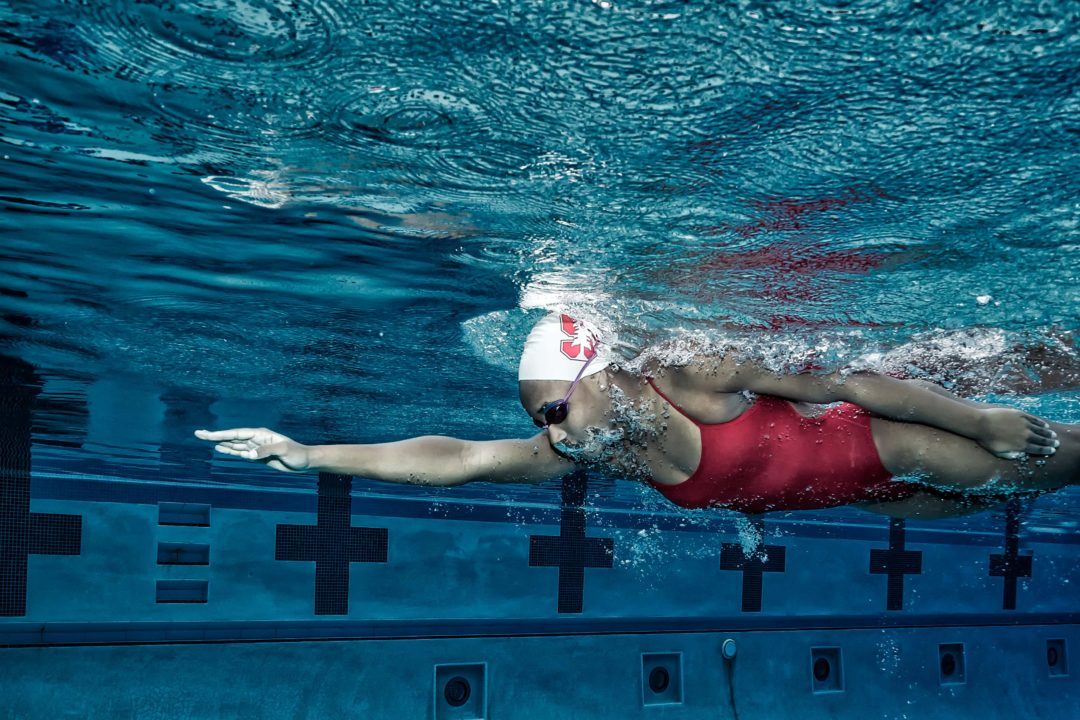 I knew she was a fighter as soon as we made eye contact.  I was standing behind the blocks cheering for my friends when she walked up to her block with long, confident strides. Current photo via Mike Lewis/Ola Vista Photography

I knew she was a fighter as soon as we made eye contact.  I was standing behind the blocks cheering for my friends when she walked up to her block with long, confident strides.  As she took off her red warm-up jacket, she looked up at me, and I was startled by the ferocity I saw in her eyes. Her greyish blue eyes were replaced with storm clouds, calling to mind a wild sea being ravaged by a summer hurricane.  When she turned around, I watched her stare at the pool, her gaze one of animalistic hunger and determination even as the rest of her features were soft. I knew, right then, that she would win this race from lane seven.

I am very fortunate to have been able to train with incredible athletes throughout my entire swimming career, and I am even more fortunate to be able to call these incredible athletes my best friends. My friends and I always push each other in our training and meets, and I have been able to learn what differentiates a good athlete from a great athlete simply from having the privilege of knowing some of Arizona’s main powerhouse swimmers.  Over the years, I have discovered that there is one standout thing that all of the greatest swimmers have in common, regardless of their differences in attitude, physical stature, or training. The greatest swimmers all have hungry eyes.

People always say that “the eyes are the windows to the soul”, and this is one cliché that rings true in swimming, these glimpses into the minds of strong swimmers clearly visible in their determined gazes.  Their eyes are a manifestation of power, focus, and an intense desire for victory that lets their competitors know that no race is going to end without a fight. Time and time again, I have watched races in which the ultimate victor will take off his or her goggles before the race to reveal a startling intensity unseen in the eyes of those who do not care about the swim.  I have watched athletes laugh before races, their smiles crinkling the corners of their hungry eyes, which still manage to maintain a ferocity that fails to be repressed even by a playful attitude. Contrarily, I have also watched athletes gaze at the water before their swims, their jaws set as their stony eyes take in their soon-to-be battlefield. Regardless of the rest of their body language, the best swimmers’ eyes never fail to reveal their desires for success.

When that girl emerged victorious from lane seven and took off her goggles, her eyes looked completely different from how they had before the race.  The color and general appearance was identical, yet it was clear to me that the fire in her eyes had been extinguished, the blue-grey hurricane replaced by a calm sea on an overcast morning.  As she smiled and walked shakily over to the podium for her gold medal, her shifting eyes conveyed her now shattered focus as she accepted congratulations from the timers and other nearby athletes.

That girl was a fighter, a storm that shook up the water in the pool through sheer force and determination, and her eyes were the window into the mindset of a highly accomplished athlete.  From where does that tempestuous energy and desire for victory originate? One can only find out by looking straight into the eyes of the very storm itself.