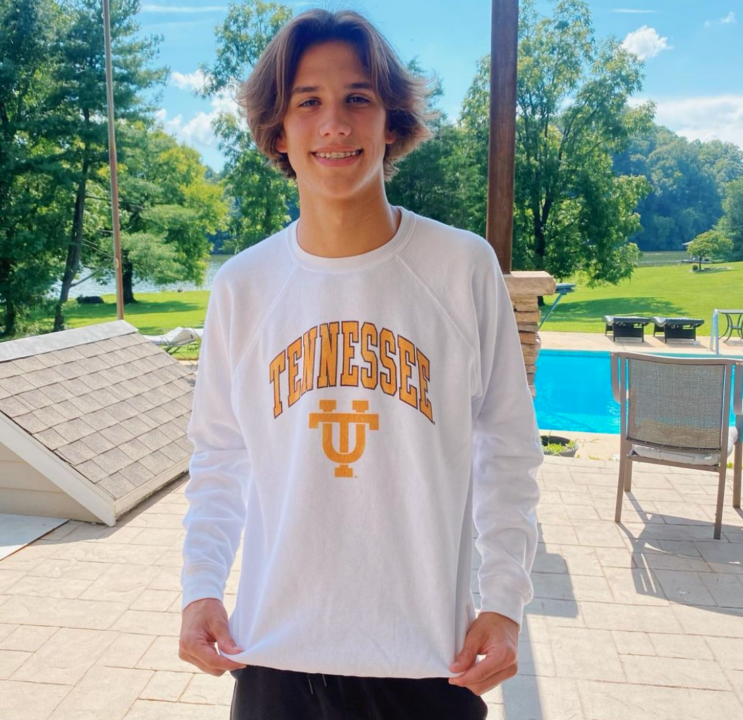 Bennett Greene has committed to the University of Tennessee beginning in fall 2024. He is a diver from Knoxville, TN. Current photo via Bennett Greene

Diver Bennett Greene from Knoxville, Tennessee has announced his verbal commitment to the University of Tennessee beginning in the 2024-2025 school year.

“I’m super excited to announce my verbal commitment to the University of Tennessee! I can’t wait to continue my academic and athletic career as a Vol🍊 Thanks, to all the amazing family and friends that have been there for me along the way!”

Greene competes for Tennessee Aquatics Diving Team out of Knoxville. He most recently competed at USA Diving Junior Nationals where he finished ninth on the 3 meter (536.80) and ninth on the platform (484.10) in the 16-18 age group. He also was 14th on the 1 meter.

At last year’s winter nationals, he finished 28th in prelims on the 3 meter springboard with a score of 300.15.

Last summer, he competed at US Olympic Team Diving Trials where he finished 33rd on the 3 meter with a score of 238.40.

In January 2022, he competed as unattached at the KISL City Championships for high school. There he won the 1 meter with a score of 575.15, winning by over 135 points.

At the 2022 SEC Championships, the Tennessee diving group scored 155 out of the team’s 938 points total helping the Vols to a second place tie.

At NCAAs, Bryden Hattie scored 16 points and Matthew Wade scored four points helping the Vols to an 18th place finish. Notably, Hattie finished third off the platform. Also in attendance at NCAAs was Jacob Reasor. Hattie, Wade, and Reasor will have graduated by the time Greene arrives, but Wade and Reasor could potentially overlap for a year if they elect to use their COVID-19 fifth year.

Greene is one of the first class of 2024 to publically announce their commitment. SwimSwam was made aware that there was a commitment for Tennessee yesterday, but at the time the post was anonymous.

Dominic Roberto for OSU and Tyler Wills for Perdue commited earlier this summer.

Bah! So they did!

Tyler Wils to Purdue was first

Isn’t he a multiple time junior national champion and junior Pan Am Champion?