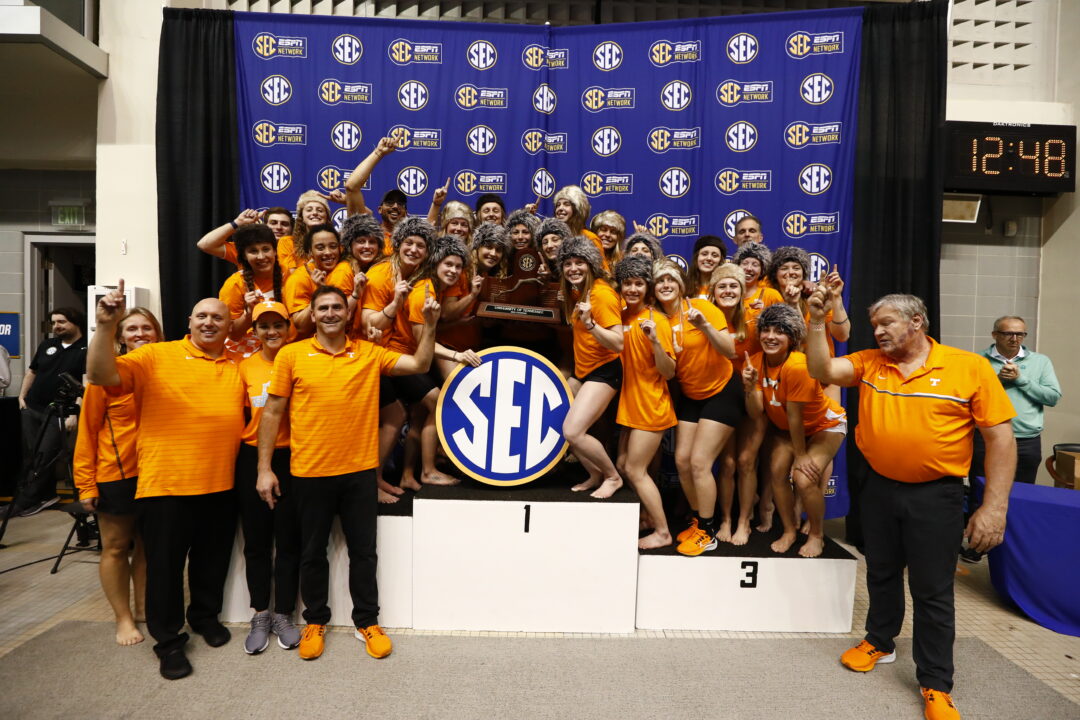 Tennessee anonymously posted that they have received a commitment from the class of 2024, the first commitment of the class as a whole. Archive photo via Tennessee Athletics

Over the last few years, SwimSwam has noticed a recent trend in commitments becoming earlier and earlier. Part of this is due to the fact that the NCAA changed its rules in April 2018, allowing juniors to take official visits (visits in which the prospective student-athlete has some expenses paid for).

NCAA Division I schools were able to begin talking to the class of 2024 on June 15, 2022, and here we are, exactly two months later, getting the first (unofficial) commitment from the class.

Although it has only been two months, our own Braden Keith was surprised a few days ago that there had been no commitments from the class yet. Maybe he just manifested it?

Is anyone else surprised that no 2024s have announced their commitments yet? I'm sure some have privately committed, but I would've expected an announcement by now. Maybe the efforts to slow the early commitment trend have reversed. #swimming

Last year, however, it took until mid-September until we had a commitment announcement.

We have seen in the past that once the floodgates open, the commitments come fast and furious.

This commitment will keep us at SwimSwam on our toes as we await the announcement of who it is.

Interestingly enough, Kentucky was one of the leaders with the most commitments from the class of 2023, as they had five as of October 2021. The Wildcat women were also the defending SEC champions at the time. This year, Tennessee has the first commitment, and guess what, their women’s team won the 2022 SEC Championship. This is probably just a coincidence that each have been among the leaders in gaining early commitments the last two years, but it’s a fun stat to point out.

Stay glued to our college recruiting page to stay on top of all of the latest commitment announces, because we know they’re coming.

We’ve already released our Way Too Early rankings for the class of 2024. See the boys edition here. See the girls edition here. Both the boys and girls classes have some similarities including strong freestyle and IM classes but are slightly thinner on the stroke ends of things.

Leading the way for the boys class is Daniel Diehl who holds the top time in the class in four events. Diehl is on the US Junior Pan Pac roster competing later this month. Also on that roster, as well as one of the top swimmers in the class, is Cooper Lucas.

Highlighting the girls side of the class is 2020 Tokyo Olympian Katie Grimes who holds all the top times in the distance free events as well as the 400 IM. Behind Grimes is 2022 Worlds member Leah Hayes who has the best 200 IM time of the class.

2027s, you better start narrowing your lists or you won’t have any options!