The American Swimming Team – Dominant or In Decline? 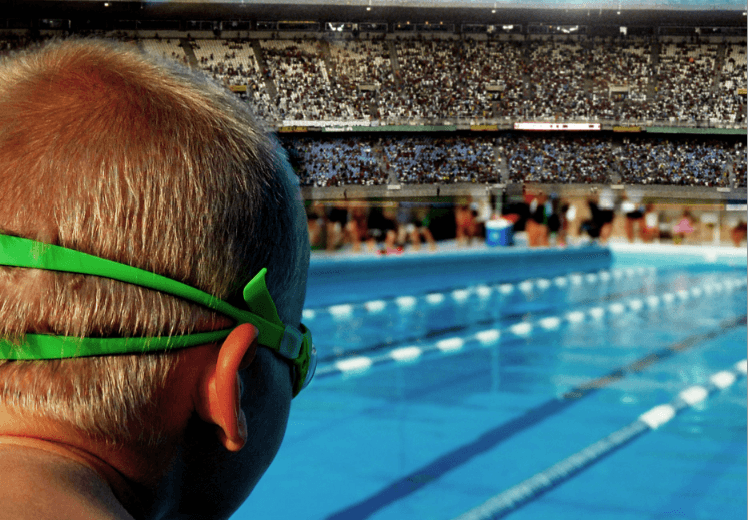 "By any account the American Swimming Team’s performance in London...was one of the most dominant in Olympic history." (Swim Photo Credit: CW)

By any account the American Swimming Team’s performance in London, represented by the 2012 USA Men’s and Women’s Olympic Team was one of the most dominant in Olympic history.

The USA brought home 31 total medals equaling the combined total of the next three most successful countries, Japan, China and Australia. In gold medals the USA was even more dominating; eight gold medals for men, eight gold for women, compared with two for the Chinese men and three for their women. Australia could only muster a gold in the women’s 400 free relay and Japan didn’t win a gold medal at all.

American Swimming has been celebrating ever since and rightfully so. But the American Swimming Team is much more than the Olympic team. It is a wide pyramid of athletes, coaches and swim clubs challenging one another to become faster. How successful was the entire “team” over the last four years?

USA Men’s events in 2012 that had three of the top ten world ranked swimmers and Olympic medal production:

In the women’s competition the transfer of events with three US swimmers ranked in the top ten to winning medals is even stronger:

If competition at the very top of the pyramid helps Americans win medals then looking at a step down the pyramid may be cause for concern. The average number of USA men ranked in the top 100 in the world dropped from 22.6 in 2008 per event to 17.7 in 2012. In the men’s 100 backstroke the USA had 33 of the top 100 in 2008 but only 18 in 2012. Even so there was a one-two sweep in both Games by the red-white and blue. With five less Americans in the top 100 in the world in every event the Olympic results didn’t look much different from 2008 with a drop off of just one total medal and one gold medal.

Obviously the drop in the women’s overall depth at the world level didn’t seem to hurt an Olympic performance that was one of the very best in history. The six individual gold medals from the American women was triple the number in 2008 and equal to the combined gold medals from the 2000 and 2004 Games.

We all know that great swimmers come from all over the world, therefore having a decreasing number of Americans in the top 100 in the world could be acceptable. But should it be?

Despite the improvement in programs around the world America continues to have by far the most assets in terms of number of swimmers and access to facilities to train and compete in the world’s largest age-group swimming program. Perhaps the greatest advantage in America is a collegiate system, unlike any other in the world, which provides both incentives and opportunities to combine a college education with developing as a more mature physical and emotional athlete.

Therefore can the USA improve it’s world class depth by increasing the number of top 100 swimmers in the world? Wouldn’t that help us improve our chances at Olympic medals?

Each time an LSC improves it’s contribution to the number of Americans ranked in the top 100 in the world, it improves the chances of America having three swimmers in the top ten in the world and consequently the chances of winning Olympic medals. You make a difference and your team makes a difference to our Olympic success even if you don’t ever get to the Olympic Trials. Cooperative competition at every level is the key to challenging swimmers through the pyramid of the American Swimming Team  and leads to dominance at the Olympics.

Do you have too many obstacles to make a contribution? Too little pool time, parents get in the way too much, or not enough talent? For nearly 100 years that might have been said about swimmers coming out of the state of Maine. There had never been one that had ever made a US Olympic Team. But that changed too. A high school teenager named Ian Crocker, his supportive parents and Coach Sharon Powers helped hurdle the barriers to success. Here is a short excerpt from the book …And Then They Won Gold to help describe some of the obstacles in front of the first Olympic swimmer to ever come from the state of Maine.

No response other than the customary “noise.”

“Ian!” Gail Crocker yelled louder from the living room of their home.

Ian’s time after school and before swim practice was dominated by his diligent approach to learning how to play the guitar. He had taken some lessons in eighth grade, but they were hard to sustain with his swim schedule. Fortunately, Ian’s teacher taught him how to learn notes by ear. As a result he was developing the ability to quickly connect the music from the radio to the guitar strings, the strings to his fingers and his fingers to his brain. Ian had fantastic concentration—when the activity was something he enjoyed. More often than not, hours of guitar practice would pass before his mother called him for dinner while to Ian it had felt like he had just arrived home a few minutes before.

“Dinner already?” Ian yelled. He heard his mother walk up the stairs and down the hall toward his room. She knocked on his bedroom door.

Gail opened Ian’s door and stuck her head inside his room. Ian stopped playing the guitar, leaned back in his bed and waited. “Sharon just called. There’s fecal matter in the pool. Practice is canceled tonight.”

“Fecal matter?” Ian questioned. “Mom, you mean someone pooped in the pool again.”

Every few weeks a child in the preschool program seemed to have an “accident” in the Reiche Pool, and by regulation it had to be shut down for at least 24 hours.

“Make it four, dear; they won’t get it sanitized until tomorrow afternoon. So you guys are out of there tomorrow morning too.”

“We’re supposed to have 12 inches of snow tonight, so at least it saves your dad another 4 a.m. bout of shoveling of the driveway.”

At 17 years old Ian Crocker became the first Olympic swimmer to grow up and train in the state of Maine. He joined other high school age swimmers Michael Phelps and Aaron Peirsol on the 2000 Men’s Olympic Team. Like the remarkable improvement of Katie Ledecky and Missy Franklin in London, few people would have predicted the type of Olympic success that they had. Ian Crocker ended up earning a spot on the USA 400 Medley Relay and was asked to hold off an Australian charge on the butterfly leg. It was the last event of the Sydney Olympics and the American men had yet to win a relay gold medal. This is what it looked like:

… Four Years ago, Coach Todd Schmitz and Coach Yuri Suguiyama were not well known in coaching circles. This year they will be speaking all over the world, including Moscow in November, on how they coached Missy Franklin and Kate Ledecky. Who will be in those shoes in 2016?

I think the women are still dominant; many of the top swimmers have not peaked yet. The men will naturally lose a bit of dominance with Phelps retiring. The men did well at Junior World/Pan Pacs but I noticed NCAA’s were relatively slow this year, so there may be a bit of a lull until some of the juniors move up to try to fill in the slack left by Phelps retiring.

Sorry to be THAT guy, but why is everyone suddenly using “dominate” as an adjective? I’ve been seeing phrases like, “Is he as dominate as he used to be?” all over the place recently. Last I checked dominate was still the verb form, as in “to dominate,” where as dominant is the adjective.

Sorry, pet peeve I guess, sort of like not tightening the lane lines enough.