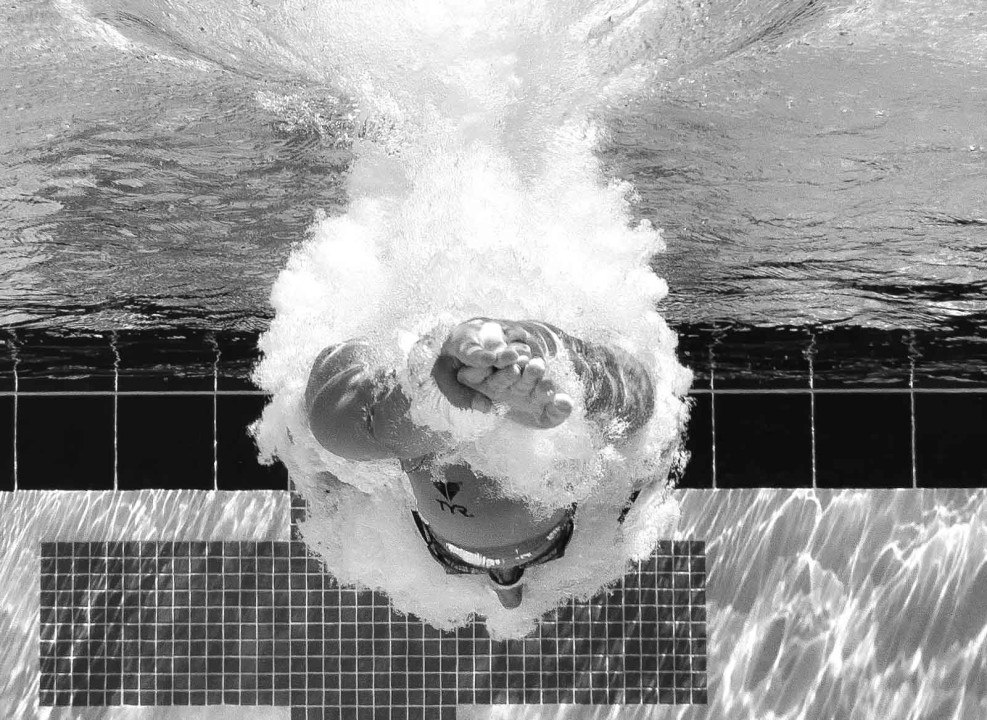 Two late scratches out of the 2016 Men’s NCAA Championships have surfaced, with Texas’s PJ Dunne and Tennessee’s Evan Pinion dropping off the invited swimmer lists.

Pinion is a big name individually. The Volunteer sophomore was a potential All-American, holding the 7th seed in the 1650 free and the 12th seed in the 500.

Pinion had the nation’s best mile time for much of the college season, going 14:44.23 way back in November. But Pinion also had a highly-ranked mid-season mile last year, too, but gained time and slid to 8th at NCAAs. Still, Pinion would have been a very likely All-American and would probably have accounted for double-digit points for Tennessee even with a fairly lackluster NCAA meet.

The Tennessee coaching staff said the scratch was medically related.

Dunne, meanwhile, appears to be a casualty of Texas’s roster limit situation. The Longhorns qualified 17 swimmers for the meet, just below the roster maximum of 18. But Texas also qualified 3 divers over the weekend at the Zone Championships, and all three appear to have good chances at scoring NCAA points. With each diver counting for half a roster spot, the Longhorns were forced to choose between third diver Sean O’Brien and Dunne, who qualified in the 200 free.

Duke’s James Peek and Ohio State’s Dustin Tynes have been added to the invite list to take the places vacated by Pinion and Dunne.

Both scratches make sense. i was surprised Pinion was even entered. He was out of the water for a while this winter I heard for this injury…..he was pretty bad at SEC’s. Not sure he would have scored and certainly not in double digits.
Texas diver more likely to score than 25th seeded Pj Dunne….

Agreed. I’m pretty sure Dunne was fully rested for Big 12s, as he still needed to earn his invite at the time. Glad to see he’s got another year to make it on the big meet squad. He’s Academic All-America if I recall, and improving year-by-year at UT.

Stinks for Pinion. Dude has seemingly been hurt a lot the past few years. I think it was back in 2010, maybe summer nationals or something, I remember thinking the 15-year-old almost winning the consols was the next big US distance swimmer.