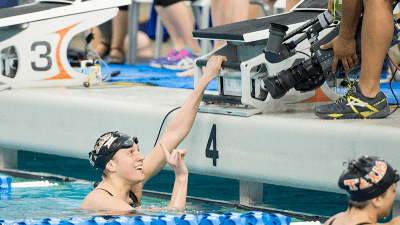 Texas swimming and diving sweep the bi-weekly awards for the third straight week. Swimmers Jack Conger and Tasija Karosas take home the Swimmer of the Week honors while divers Mark Anderson and Meghan O’Brien defend their Diver of the Week status.

This marks the swimmers’ first recognition of the season, while UT divers Anderson and O’Brien receive their third consecutive award.

He is gonna be so motivated comes Trials this summer ( and NCAA before that ) – he is one of the best assets for team Usa this summer ( specially on free relays and butterfly events ) . Go Jack

Texas sweeps. Wow what a surprise.