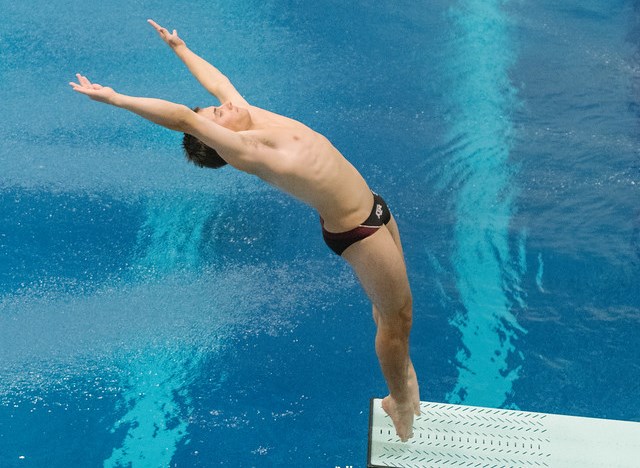 Mathews finished fourth in the 1-meter preliminary round with a final score of 357.90. In the finals, the Albury, Australia native placed third with a points total of 737.55. Mathews’ best dive of the day was a 3.5 forward somersault, which he successfully completed in round three to score 76.50. He concluded the finals with an inward 2.5 somersault receiving 68 points.

The sophomore also competed in the 3-meter dive, scoring a 373.75 in preliminary rounds to move on to the semi-finals. In the semi-finals, he finished in the top five with an 834.90 score. In the finals, he totaled 1175.65 points to finish fourth overall, highlighted by a back 2.5 somersault scoring 73.50.

Based on Mathews’ efforts throughout the competition, measured by his total degree of difficulty and points total from both events, the sophomore qualified to compete on the 2019 National Team.