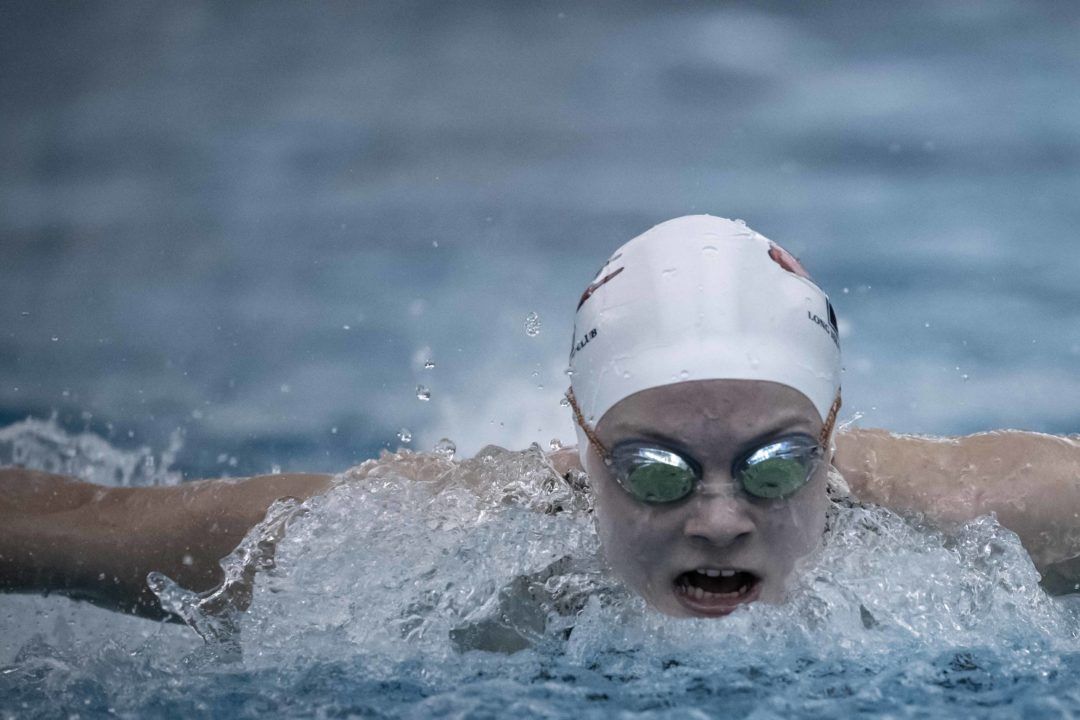 Howley established a new personal best in the 200 fly, shaving .02 seconds off her previous best, which she had swum just 22 days ago. Stock photo via Mike Lewis/Ola Vista Photography

Here is a breakdown of Howley’s splits tonight versus her previous best time from 11/21:

The races were very similar, which isn’t too surprising given the final times are only .02 seconds different. Interestingly, Howley swam faster on the 2nd and 4th 50s tonight, but slightly slower on the 1st and 3rd 50s.

Howley also swam to a significant drop in the 100 free tonight, finishing in 49.55. That marks a .40 second drop from her previous best of 49.95, which she swam in September of this year.

15-year-old Alvin Tsai of Long Island Aquatic Club posted another pair of best times tonight. Tsai swam the 100 free this morning, touching in 45.73. The swim took 1.18 seconds off his previous best. He went on to clock a 1:51.77 in the 200 fly, besting his previous mark by .70 seconds.