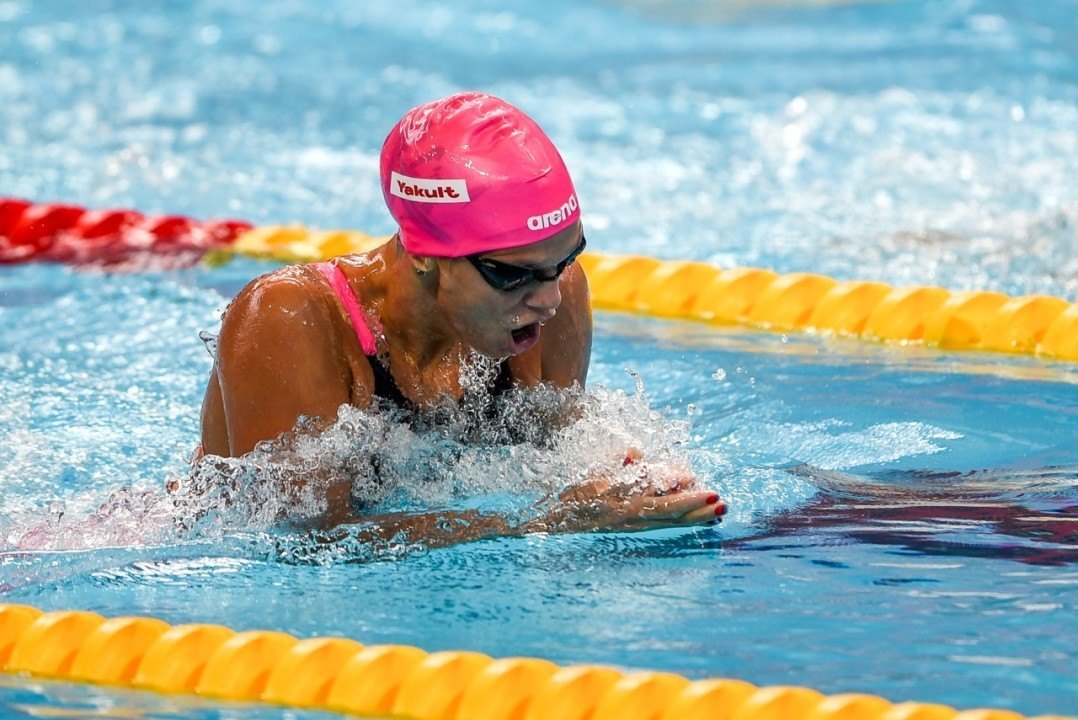 Russian tennis star Maria Sharapova has been suspended for 2 years by the International Tennis Federation (ITF) and barred from competing in the 2016 Olympic Games, the governing body for the sport announced today. Sarapova has been the #1 ranked women’s tennis player in the world for a total of 21 weeks in her career and is one of only 10 women in history who has achieved a “career gland slam” by winning each of tennis’ four major tournaments at some point in her career.

Sharapova’s suspension came as the result of a positive test for the banned substance meldonium, which was officially outlawed on January 1, 2016. Sharapova’s test came on January 26th, while playing at the Australian Open, and she was charged a month later with an Anti-Doping Rule Viollation.

At a two-day hearing on 18-19 May 2016, the Independent Tribunal received evidence and heard legal arguments from both parties, and subsequently issued a reasoned decision on 8 June, which is available below. The Independent Tribunal determined that (1) Ms. Sharapova should serve a period of ineligibility of two years; (2) due to her prompt admission of her violation, that period of ineligibility should be back-dated under Article 10.10.3(b) of the Programme to commence from 26 January 2016 (the date of sample collection) and so should end at midnight on 25 January 2018; and (3) her results at the 2016 Australian Open should be disqualified, with resulting forfeiture of the ranking points and prize money that she won at that event.

While her positive test came during the January 2016 time period during which time the World Anti-Doping Agency has given a grace period, because of the uncertainty of whether athletes could have taken the substance before the ban was announced in October and still had it in their system in small concentrations in January, Sharapova admitted to taking Mildronate (meldonium) on 5 occasions in January, 2016 during the Australian Open. Sharapova and her support staff did not deny her taking it after the ban, but instead claimed that they didn’t know that Mildronate (a trade-name for meldonium) was a banned substance.

This makes the case of Sharapova, who was born in Russia but lived in the United States since the age of 7, unique from that of swimmer Yulia Efimova, whose Olympic fate is still in the air.

Efimova, a World Champion breaststroker, tested positive earlier this year for the same substance as Sharapova; however, Efimova is claiming that the presence of Meldonium in her system is a remnant from having taken it before it was outlawed.

Her former coach, Irina Vyatchanina (current coach of Viktoria Gunes, and mother of Arkady Vyatchanin) says that the amount in Efimova’s test was under the 1 microgram threshold that is being allowed by WADA, though no official data has been released to support the timing of the test or the concentration.

FINA had originally given Efimova a provisional suspension, in line with its policies, but after initially denying her request to lift that suspension, in late May they did so. That did not mean that they had cleared Efimova; rather, they determined that the case was set to go to the Court of Arbitration for Sport (CAS) anyway, and decided to allow her to compete and train with a coach until such time as it could be adjudicated.

Efimova was entered in, but wound up not racing at ,the Arena Pro Swim Series meet in Santa Clara over the weekend. Russia has not formally named her to their Olympic Team, but has left room in their selection procedures to send her if she is cleared to compete.

The CAS has not publicly announced a date for any hearings involving Efimova or FINA.

to cool for school

Meldonium is also used for the treatment of alcoholics . You can think about that .

Would put money down that she is cleared and then wins gold. Can’t wait to see the reaction. Let the games begin.

Then will be up to Lilly King, Ruta Meilutyte and Co. to do their duty… and mop the floor with her.

Well, one of them got the job done. But what’s up with the times being over 2.5 seconds off the world record. What happened to Meilutytė? Was it returning to conventional suits?

Just imagine if the announcer for the 100 m breaststroke final in Rio were to be exhaustive: ” in lane 5, with a qualifying time of 1’05″55, two failed doping tests, two suspensions and a third one currently under appeal, Yulia Efimova!”

The announcers will be top tier professionals….they’ll be alright:)

Well, “nobody’s perfect!” as Joe Brown told Jack Lemmon at the end of Some Like It Hot.

While you can moralize about DUIs (and I do, too), DUIs don’t make you swim faster and rob others of medals in World Championsips, etc.

No, but they do threaten the lives of other people. I agree, not applicable in the competition environment, but in terms of overall morality, I’ll take the drug cheat every time.

Sharapova is a much bigger name, and honestly more important to Russia (Women’s Tennis vs Women’s Swimming). So if Sharapova is out, Efimova will be too.

2Fat4Speed – that view, while maybe appropriately jaded about Russian culture, ignores the facts of the article. Namely, Sharapova admitted to taking Meldonium in January, while Efimova says she last took it in 2015.

What I take from that is Sharapova was honest about 2016 and Efimova was not. You are welcome to take Efimova at her word, but you might be the minority there.

This doesn’t mean Efimova won’t be banned. There’s still many details unknown. But, to say that stature in the sporting community will be the determining factor ignores those details that we do know.

That is fair. I just meant that if Russia could not save Sharapova from a ban, they won’t be able to save Efimova if one is on the way.

It will come down to Efimova’s credibility. Having been a cheater once, her denials will be suspect this time around. These cases are not judged in a vaccuum, and the adjudicating body will undoubtedly be aware that she was banned once before for using PEDs.

Methinks that Efimova is done.

speedoarenajaked – While in most doping cases I agree, absent of some new evidence that hasn’t been made public yet, I’m not sure Efimova’s credibility is the primary factor that will be in play here. Because, based on what information has been stated publicly, Efimova to the letter of the World Anti-Doping Agency rules, if her test was under 1 microgram/millilitre, and was taken in January, then she doesn’t actually have anything to say to be allowed to compete at the Olympics. If those above conditions were true (and there’s statements, but not documents, to indicate that there are), then she will be competing at the Olympics.

Her two positive tests were taken in February and announced in March. The one taken in January was negative.

I love your name 2FAT4SPEED!

read the language of the tribunal and how they characterize Sharapova’s use of the drug. I hope Efimova had a better reason to take the drug than did Sharapova. Sharapova’s suspension will be appealed. The appellate opinion will be a fascinating read, regardless of the ultimate outcome.

You’re right. She was entered but never swam. Updated above.

Well at least she didn’t offer my drink was spiked.

Hope this will set precedent for the punishment of ms. efimova.