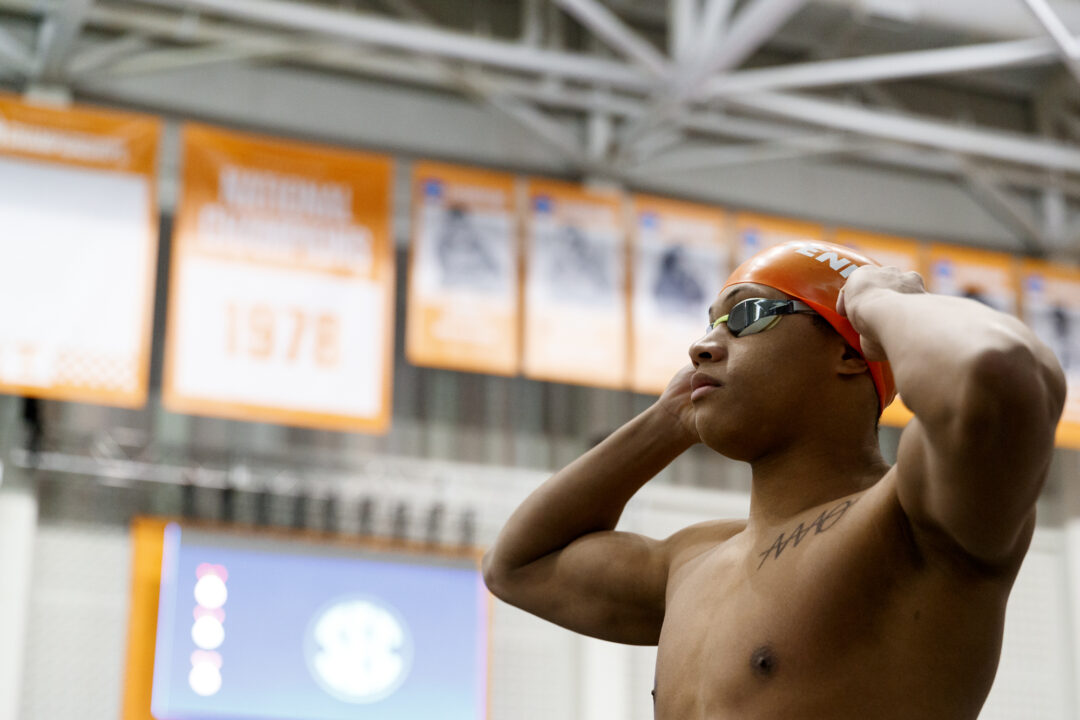 Jordan Crooks won a combined seven races last week to help lead the Vols to a pair of wins over No. 11 Georgia and Carson-Newman. Archive photo via Ian Cox/Tennessee Athletics

Povzner, a junior from Toronto, Ontario, swept the springboard events in the win over LSU. Povzner registered a final score of 385.95 on the 1-meter and 421.65 on the 3-meter.

Stege, a senior from Naperville, Ill., won three individual events and posted the nation’s top time to help the Lady Vols win both of their meets against No. 15 Georgia and Carson-Newman. Swimming the mile for the first time this season, Stege clocked an NCAA-leading 15:57.01 effort in the 1650 free against Carson-Newman. She rounded out the meet against Carson-Newman with a 4:45.66 mark to win the 500 free. During Tennessee’s win against Georgia, Stege posted the top time in the 1000 free, touching the wall in 9:46.49.