Team Great Britain Swimming Heroes – Where Are They From? 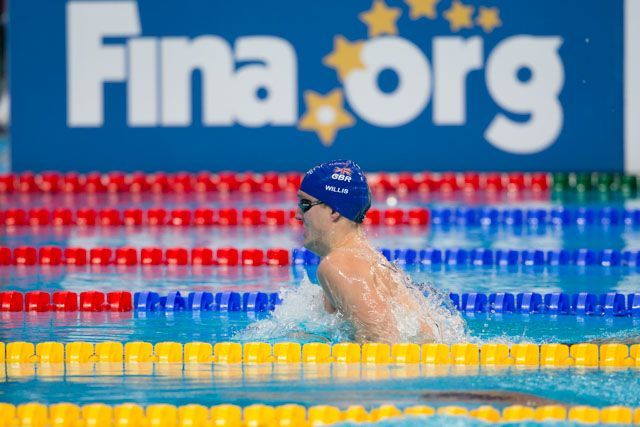 Team GB’s Swimming Heroes – But Where Are They From?

With swimming taking credit for 102 of the Olympic medals on offer in Rio and British swimmers putting on a fine show in the pool regardless of the US dominance, it would be fair to say that swimming is one of real highlights for every British sports fan.

So no doubt, as you watch the success in the water unfold, you will often find yourself wondering just where did this swimming talent come from? I mean it’s easy to pick out the accent of Rebecca Adlington, but what about the rest? What about the young guns who burst onto the swimming scene year after year? And which cities keep churning out these world class swimming talents?

With the help of data experts Hopewiser, we’ve put our data crunching paddles in the water and gone through the birth certificates to find out. The results are interesting…

English dominance is to be expected in our home nation breakdowns. With 84% of the population, it’s predictable. What’s unexpected is the two athletes born in South Africa and the United Arab Emirates. Is this the first time we’ve had South African born athletes in the pool for Team GB? We’ll find out later.

While the home nation breakdown is interesting, it will no doubt be the county breakdown that intrigues the average British swimming fans. Outside of London, we see that it’s the two northern counties Lancashire and Yorkshire that put forward British swimmers.

So we know which home nation put forwards the athletes, but which home nation deliver the medals? In this case, again, it’s England. Delivering a gold with Adam Peaty’s world record swim and a plethora of silver medals in other events – England continue to produce the medal winning athletes for Team GB.

With another cluster of England born swimmers making up the London 2012 team, it’s nice to see Wales and Scotland contributing a few of their own talents – with three athletes each. Again, we see surprise swimmers from the Seychelles and South Africa making up the numbers for Team GB in London.

London 2012 – A County by County Breakdown

After putting four athletes forward for the Rio 2016 game, Yorkshire once again assert themselves as one of the UK’s best swimming counties by putting forward six of their best swimmers for London 2012.

So we know which home nation put forward the athletes, but which home nation delivered the medals? Well, no one. Unfortunately, British swimming success wasn’t the easiest thing to find in London. Scotland do take this round though by claiming the silver medal with Glasgow’s Michael Jamieson.

With Nottinghamshire’s Rebecca Adlington and Lanarkshire’s Michael Jamieson taking the only medals in London – the county medal table looks rather thin.

Another dominating Olympics by England for Team GB’s swimmers. Delivering 25 of the athletes to the Beijing games the higher population of England allows little room for swimmers from the other home nations.

Beijing 2008 – A County by County Breakdown

Yorkshire loses its crown as the swimming county of the UK in Beijing. Fortunately, it only has to share the crown with Midlothian as they both delivered three of Team GB’s top swimmers.

Compared to the poor performance put on in London four years later, the success in Beijing was ground breaking. Taking six of the medals on offer, Beijing was to be one of the Great Britain’s most successful Olympic tournaments in the pool. Again it was England who delivered the goods alongside a medal each for Wales and South Africa.

With Rebecca Adlington taking two gold medals in Beijing it’s Nottinghamshire who take the top spot in the county medal table. We also see appearances from Glamorgan in Wales and Devon in the south of England for the first time.

So we have a good idea of where Team GB swimmers originate from in recent times, but how about when we go back through the history books? Going back over 60 years, this is the birthplace breakdown of Team GB’s Tokyo athletes.

Tokyo 1964 – A County by County Breakdown

While London is back to dominating the county level breakdown, Yorkshire, even sixty two years ago, was producing the swimming goods.

Unfortunately it would be another fairly dry year for Team GB’s swimmers. Scotland’s Robert McGregor was the only member of the team who manages to register a medal.

With only one medal winner there is only one contender for top spot in our county medal table. Taking Silver in the 100m Freestyle, Robert McGregor from Stirlingshire was the only winner in Tokyo.

Moving on to the Rome Olympics in 1960, this would be only the third time a tournament would be held on European soil after World War II. Making up over 70% of swimmers in Team GB, England, once again, dominate the home nation breakdown.

Rome 1960 – A County by County Breakdown

Even as far back as 66 years ago the three familiar counties of London, Yorkshire and Lancashire are the dominant swimming counties across the UK.

With another slim year in terms of medals for Team GB’s swimming team, it would only be the Yorkshire born athlete who would deliver a gold.

Jumping back another 52 years, we thought it would be fun to analyse the birthplaces of Britain’s athletes in one of the earliest Olympic games. Unsurprisingly, England wins this one again. This would be the first time we see no Team GB’s swimmers born outside of the UK in our research.

London 1908 – A County by County Breakdown

Big surprise in the county by county breakdown. Although this is the first Olympic games to be held in London, it’s the northern county of Lancashire that manages to top the table by producing six of Team GB’s swimmers.

On one hand England won 90% of the swimming medals at the 1908 Olympic games. On the other hand Scotland had a 100% medal streak with their athletes in the pool.

Taking four of the Olympic golds on offer in London, it’s Lancashire who take the top spot in the county medal standings. A surprise two golds for Devon saw them pip London to second.

This article is courtesy of Scott Taylor.