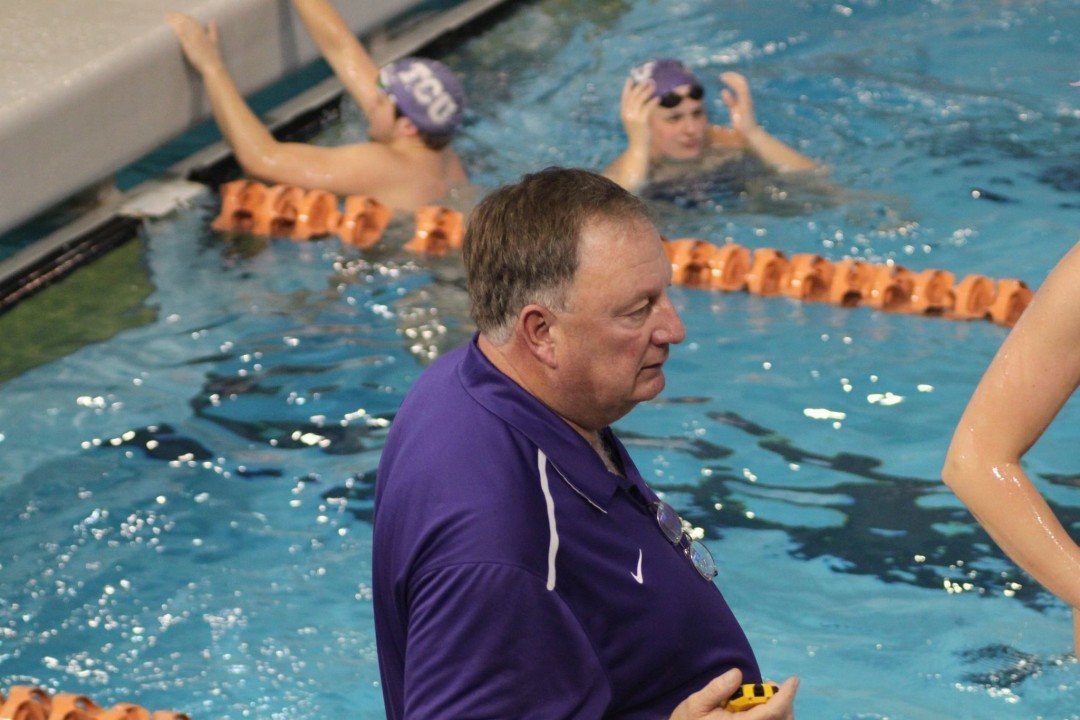 Richard Sybesma has announced his retirement, stepping down as head coach of TCU after 38 years.

Starting out in 1979, Sybesma led the team through five different conferences over five decades. His 38 years as coach makes him the longest tenured coach of any sport in TCU history.

“I have reached a point in my life where I need to put myself, family and health first,” Sybesma said. “With that being said, I have come to a decision to retire.”

“I’ve had an incredible 38 years at TCU and couldn’t imagine a better place to spend my career and raise my family. It’s been an incredible journey. TCU, this program and all the student-athletes I’ve come in contact with hold a special place in my heart. I will always bleed purple and support this program.”

Along with his work at TCU, Sybesma was also the head coach of the 1996 Nicaraguan Olympic Team and conducted swim clinics in Saudi Arabia, Malaysia, and Bahrain. The College Swim Coaches Association honored him with the Master Coach Award in 1992.

“Richard Sybesma has been a beloved institution at TCU and in Fort Worth,” TCU director of intercollegiate athletics Chris Del Conte said. “He has had an unbelievable impact on the more than 1,000 student-athletes he’s coached and mentored. We can’t thank him enough for what he’s meant to our campus and city.

“We congratulate and wish Richard the best in his retirement. We know he’s excited to begin the next chapter in his life. Richard will always be a Horned Frog!”

Richard….on behalf of all of us who have been ultra proud to be called Horned Frogs… but just as proud to have had the privilege to have been coached by you — THANK YOU for all the years of caring and sacrifice you gave to us!!
I wouldn’t be the person I am today without you.
And it’s going to be really weird not having you on a deck. I have so many great memories not only of you as my coach at TCU, but then getting to coach next to you as a coach here in Fort Worth.
You are also quite simply the best Goodwill ambassador TCU has in the city of Fort Worth.
… Read more »

Richard….on behalf of all of us who have been ultra proud to be called Horned Frogs… but just as proud to have had the privilege to have been coached by you — THANK YOU for all the years of caring and sacrifice you gave to us!!
I wouldn’t be the person I am today without you.
And it’s going to be really weird not having you on a pool deck and the energy you brought to it.
You are also quite simply the best Goodwill ambassador TCU has in the city of Fort Worth.
Nobody bleeds purple like you do!!
I hope you get to enjoy it now moving into the position of being the… Read more »

Amazing coach and incredible mentor to my son. He will be greatly missed.

Congrats my friend! A long, impactful and successful run. Thank you!

Not many people get to coach in one place for 38 years like Richard Sybesma. What a great legacy of mentoring and teaching young people he leaves behind. Above all else Richard is loyal to his athletes and his coaches and expected his athletes and his staff to have class and pride in themselves, the swim team and TCU. Congrats on long and successful career and I know you and Wendy will enjoy retirement. Go Frogs!

I have always enjoyed your friendship
And getting together to meet with our swimmers from the NEISD and Alamo Area
Aquatics.
Enjoy your “new life” and have a great time
Congratulations.

Congrats Richard! I always enjoyed our conversations and will always remember the time the Bears & Frogs joined forces in Tulsa for the weekend! Enjoy a well deserved retirement!

Congratulations, Richard! It has been an honor getting to work with you these past 4 years. Enjoy the days ahead in retirement!