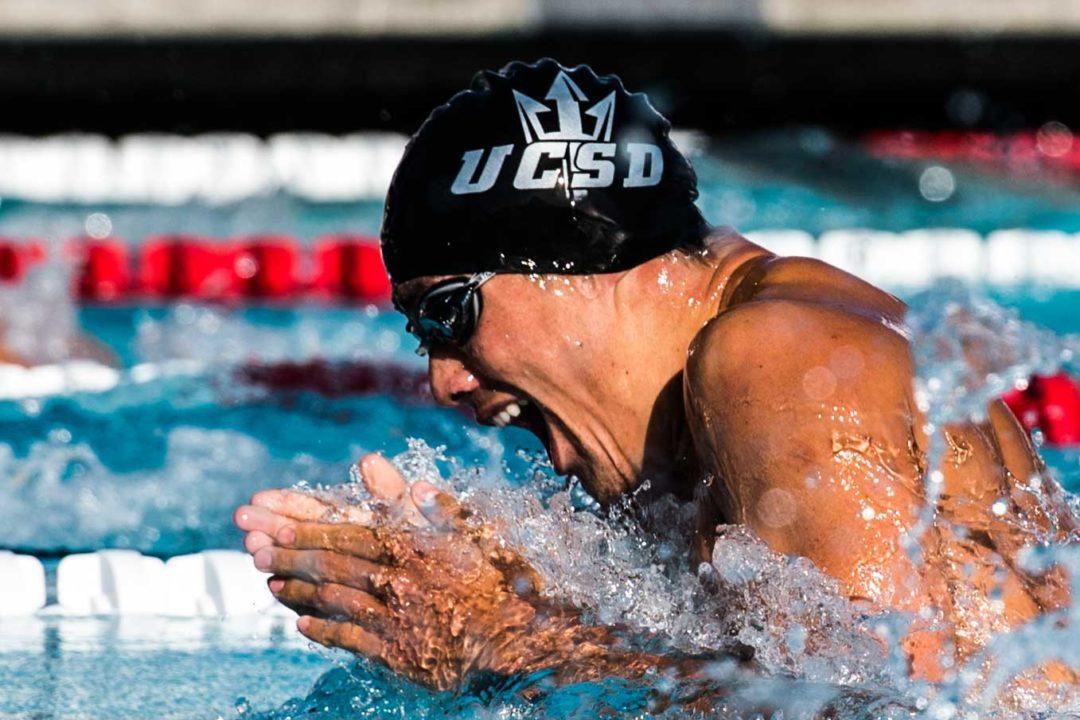 Marc Caron of Gatineau, Quebec, has had somewhat of a different college experience than most. Current photo via Mike Lewis/Ola Vista Photography

Marc Caron of Gatineau, Quebec, has had somewhat of a different college experience than most. He moved from Canada down south for college, continuing his academic and athletic career at the University of Tampa in Florida. He competed for their swim team, and completed his degree in 3 years, where as for most Division I athletes, 4 years could be considered a quick degree completion and 5 years is normal.

After finishing his degree, instead of completing his athletic eligibility in Tampa, Caron went straight into graduate school, moving to San Diego to pursue a masters degree in international affairs at UCSD. Rather than calling it a career after switching schools, Caron decided to use his last year of NCAA eligibility to compete for UCSD. Even though he is a newcomer to the team, like all of the freshmen, he has tried to see his role more like that of a leader or senior, offering advice to the younger members of his team about making the collegiate transition, seeing his this is his second.

Had a chance to work with Marc at UT. UCSD is getting a great guy!

From other sports I follow, it seems that Graduate transfers are becoming more and more common. Not that I have a problem with it, i’m all for students finishing their undergrad degrees quickly!