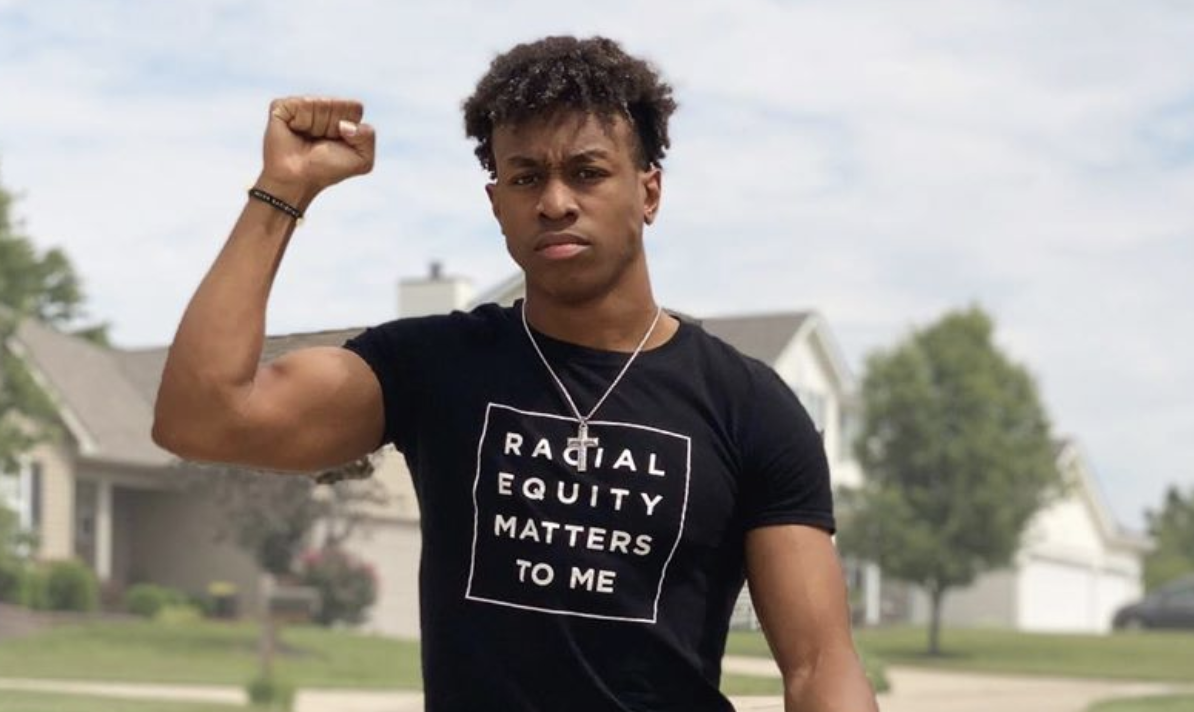 It wasn't until the 2020 conference championships where he realized this incident was having a negative effect on his performances.  Current photo via Jaylan Butler

We sat down with Jaylan Butler, a rising junior on the Eastern Illinois swim team who was forcibly arrested by police who mistook him for someone else at a rest stop as his his team’s bus was coming home from their conference championships in February of 2019.

We started the conversation with how Jaylan got into swimming and ended up at EIU. Jaylan was a latecomer to the sport, starting competitively when he was 14, and attributed his coaches as the reason he stuck with it and continued his career onto college. Freshman year was a big transition for him, but he ended the season on a high note at the Summit League Championships, registering best times in multiple events. However, on the way home from the meet, police mistook him for a suspect in a nearby crime. Per our previous reporting:

In February of 2019, his team was on a bus returning home from the Summit League Championships. When the bus stopped at a rest stop in Illinois, police mistook Butler for a suspect they were pursuing and handcuffed him face-down in the snow. According to the lawsuit filed by the ACLU, an officer had a knee on Butler’s back and another pointed a gun at Butler’s head, threatening to shoot him. When police realized they had the wrong suspect, instead of letting Butler free, they kept him handcuffed, searched his pockets, and told him they were arresting him for resisting arrest, the suit says. Police only released Butler when he could provide photo ID.

** Though the police department has refused to give the names of the officers present, the ACLU has tracked down four of the six officers involved and filed a lawsuit for false arrest and excessive force. SwimSwam has filed Freedom of Information Act requests for more information about the officers and any prior complaints against them. **

Jaylan told us about his initial reaction to the situation, as well as how he tried to process and recover from it over the course of the next year. He said his sophomore season was great in terms of training in the water, but his racing did not translate that at all. It wasn’t until the 2020 conference championships where he realized this incident was having a negative effect on his performances.

We finished our conversation with Jaylan’s advice on how to make sure we are creating a safe and welcoming environment for people of color, whether that’s in the pool or outside of it.

Where were his teammates!? Nobody stepped in? #F-12

I’m not sure what teammates could be expected to do in this situation beyond identifying him as a team member, which the police apparently refused to believe. Our previous coverage is here: https://swimswam.com/eiu-swimmer-mistakenly-taken-down-by-police-in-2019-aclu-files-suit/

This is the heart of the issue. With the amount of protection and immunity given to police officers a reasonable person can’t “step in” on a police officer when they are acting unjustly or endangering a person’s life. If they did they would certainly face legal repercussions and the the officers would walk away with nothing more than a reprimand from their department if anything at all. There were multiple people around George Floyd begging the officer to get off his neck but if a single one of them stepped in to save his life they no doubt would have been arrested and charged with assaulting an officer. Obviously you cannot condone violence against an officer of the law, and… Read more »

Jaylan said there were 6 cops. I don’t think the other swimmers were quiet but 6 cops and at least one cop with a gun out…..difficult to do much more!
Jaylan is well spoken and it was a good interview by swimswam

We need to continue to have these conversations. Thank you for sharing.

who would down-vote this?

Anyone downvoting ANY comment on this thread other than maybe the first one needs to take a hard look in the mirror, consider their own privilege and what they may have gotten away with in their life that others with darker skin would not have gotten away with, consider the possibility that even if they are not overtly racist, they may have a worldview that contains aspects of covert racism (I encourage those unfamiliar to read about this concept). If you feel inconvenienced by hard feelings or having to be distracted by the current, necessary uprising, don’t get defensive and claim there is no longer any racism, rather, think about the inconvenience black people in the United States have experienced… Read more »

MLKGHOST who proclaimed you the moral authority around here?

I agree Coach!! Every sport should be a safe space for any athlete willing to sacrifice their time and effort, to do what they love. The prejudices and stereotypes need to be a thing of old. Members at all levels (admins, officials, coaches, athletes) must be willing to let go of backward thinking and open to thinking ahead! Then this sport, in particular, can be more welcoming to all!

For instance, only 1% of USA Swimming members identify as Black. A big reason for that is because from the 20s through the civil rights era, Black people were systematically denied access to pools. That meant fewer Black parents had a connection to the sport, leading fewer to sign their kids up for their local team if there even was one.

Things won’t become equal just because we stop discriminating, there need to be active measures in place to reverse the effects of discrimination that has already happened.

Might be a stretch ACC. The civil rights era ended in the late 60s, so roughly 50 years ago. I would think in a 50 year time span that there’s a lot more than what happened in the 20’s through the 60’s that are the cause for low black participation in swimming. I think the accessibility of pools and economic factors in urban areas are probably more to blame as is the fact there are other sports to choose from.

I can imagine this being a traumatic experience. Not sure what the nature of the crime was for the suspect they were pursuing, but definitely excessive to have a guy face down, handcuffed in the snow, knee on the back and a gun pointed at his head. To top it off they didn’t have the decency to acknowledge their mistake and apologize, but instead tried to level additional charges against him.

This is the type of behavior that needs to be reformed. We need the police, but we also need them to serve and protect in a reasonable manner.

Definitely! This is not acceptable, imo.

Do we really need the police the way the current system is setup? What we really need is de-funding (note this does not mean abolishing) and reallocation of resources to match actual needs in the community which would likely mean a smaller police force as it is traditionally thought of to handle violent situations, much more mental health care, focus on support of homelessness and drug addiction by qualified people. We also need to immediately decriminalize all non-violent drug ‘offenses’ as these laws are weaponized against darker skin people resulting in disproportionate arrests (cannabis arrests are 4x higher amongst African Americans compared to whites despite similar use of cannabis for example) which in turn leads to unnecessary criminalization which leads… Read more »

Add in access to physical health care in addition to mental health care, funding to replace the police force’s impromptu role as social workers, overhauling the prison-industrial complex, and reducing the perceived ‘need’ for military-grade armed police by starting to get guns off the street. It is all a massive interconnected system and until We start treating it as such we’ll just play a game of wack-of-a-mole until society loses momentum and interest because the problem seems too hard to solve.

I’m not hearing any ideas in this defund the police idea that addresses how the crime rate is supposed to be lower other than making more things legal. Is it possible that with a lower emphasis on the police and their resources that it may embolden people to commit crimes? If what is happening in the Seattle autonomous zone is any indication it’s not looking like that great of an idea. Reform and accountability IMO is a better solution.