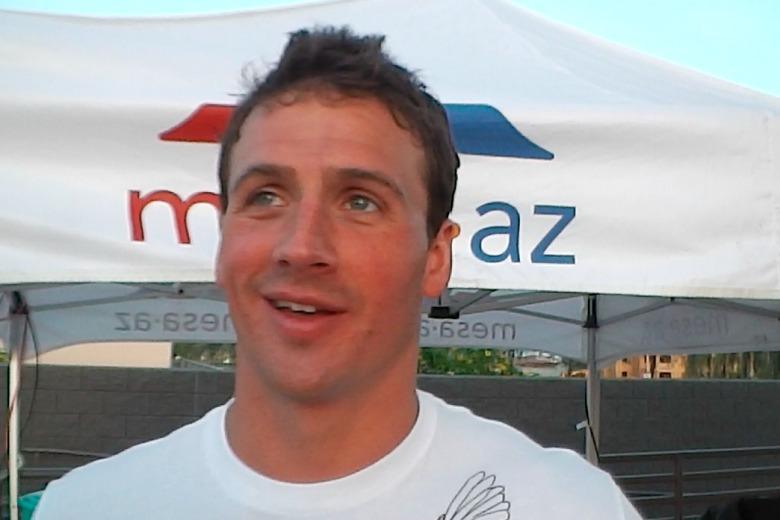 From the source that asks the real questions swim fans want to know about, Olympic champion Ryan Lochte relit expectations that his training will eventually lead him away from Gainesville and the Florida program that has given him so much success and out to the west coast.

In an interview after the meet, Lochte said that he plans on heading to California in August. “If my show gets a 2nd season it’ll be in Califonria,” he quipped, alluding to the E! reality show What Would Ryan Lochte Do? that premiers on April 21st.

Lochte’s move was a hot subject last season after the local Gainesville newspaper said that he would be moving to Los Angeles. He backed off of those plans early after the Olympics, but now says he plans to make the move after this summer’s World Championships in Barcelona.

This could be a good move for him in the sense that his training wouldn’t necessarily be as interrupted to pursue his interests outside of the pool. It would take much less commuting to be a part of the fashion industry and the entertainment industry if he were living on the west coast as compared to Gainesville.

Speculation had long been that he’d end up at USC with Dave Salo, but after Mesa he named either USC or the California Aquatics programs as possibilities. In either situation, it would be a vastly different training environment than he’s been used to under Gregg Troy, specifically as both Salo and Cal head coach Dave Durden use much less yardage to train that Troy’s Florida program does.

Update: In response to Lochte’s comments, Dave Salo said that while he and Ryan have a “great relationship,” they have never had a conversation about such a move. He did say though if that at some point he does consider a move to USC, they would have a “thorough conversation.”

This interview was from the 2013 Mesa Grand Prix (Sponsored by VisitMesa.com).

It would be very interesting to see how Lochte would switch his training up if he moved to train with either Cal or USC. I think we’d all miss the Matt DeLancey bromance though 😀

Would be beneficial for Shields, Murphy, Pebley, and Prenot to train with Lochte, but Cal in general hasn’t brought in too many post-grads who didn’t swim for Cal. Ervin returned to Berkeley to finish up his undergrad degree, but it wasn’t until he was in grad school that he resumed training (initially with Teri). Back in the Bottom/Race Club days, Gary Hall Jr trained at Cal, and Kim Vandenberg and Hayley Peirsol trained with Teri, but everyone else was a Cal alum.

also curious (and kinda random)…read in one of the other articles that Rebecca Soni was taking the year off–did she ever officially say that? That definitely seems to be the case since she hasn’t competed since London…but never heard an official announcement.

anonymous – yes, as the article stated, she said it in an LA Times interview. I don’t know if that’s what you mean by “officially saying that,” but it’s about as close as you can get from an athlete.

oh wow…just googled that article. I had no idea. (I read a reference of her year off in a recent swimswam article….wasn’t sure where that info came from). Really hope she returns to swimming closer to Rio. Her work ethic is incredible and would provide incredible leadership to the team. Thanks for the info. As always, swimswam is the best!

she just posted something on her website about taking the year off. However it seems like she will be back to train for Rio.

While we’re on the subject, what’s going on with Kathleen Hersey and her swimming? I haven’t seen her listed for any meets in a while.

Perhaps swim/swam has already done this but I would like to have more in-depth discussions on what actually happens in different programs. From reading peoples comments you’d think its Salo (little yardage) vs. Troy (lots of yardage) and those of us who swam and coach know that that’s not the half of it. I know you discuss a lot about various training methods and sets etc but I still think that while the difference(s) between someone like Reese and Salo maybe stark that the main one(s) is probably not actual yard/meters.