Swimming’s TopTenTweets of the Week: #7 Ashley Twichell Ties the Knot 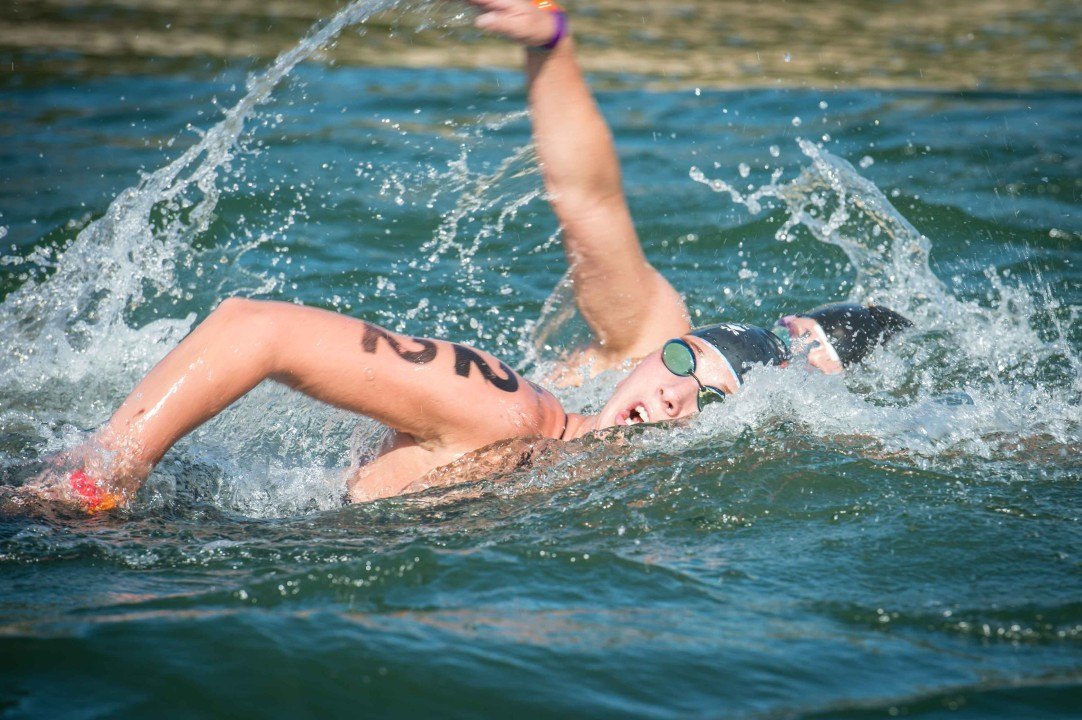 UT: also known as the butterfly capital of the NCAA. Freshman Remedy Rule showing that Texas tenacity on her b-day.

I don’t think you’re going to get that much support for this proposal.

Beautiful view in the Midwest, as National Teamer Sean Ryan got a good workout in the great outdoors.

Congratulations to @atwich616 on ur wedding day here in NC! We love you & are so happy 4 you & Derek! #firsttothewall pic.twitter.com/W6GJrAMlFv

All smiles after a nice 58:88 tonight in 100 back! Have to do good times when you are racing these two! #finaworldcup pic.twitter.com/0SZHYgMEs5

Australia’s Emily Seebohm makes sub-59 100 meter backstrokes look EASY. The 23 year old won the 100 back handily at the Hong Kong stop of the FINA World Cup this past week.

Are you going swimming with me? pic.twitter.com/epP00SN32s

Still hopeful for a morning practice where we just visualise ourselves swimming workouts. #oneday

We are here supporting our very own Kelsi Worrell- WISH Athlete of the Year! #GoCards pic.twitter.com/tjPngvoYFF

It’s the year of Worrell. Read more about her award here.

When your sister commits to her college and you get all of her other college clothes? pic.twitter.com/GAsHUtLUBl

Can you say shopping around?? Louisville got a commitment from Abby’s sister Maggie, who probably has enough shirts to dress an entire collegiate swim team.

Do something today that will make you better tomorrow

Did you achieve something today? If the answer is no, there’s still time. A bunch of small improvements will add up if you stick with it and stay true to your goals.