Swimming Australia Reveals Second Half Of Duel In The Pool Roster 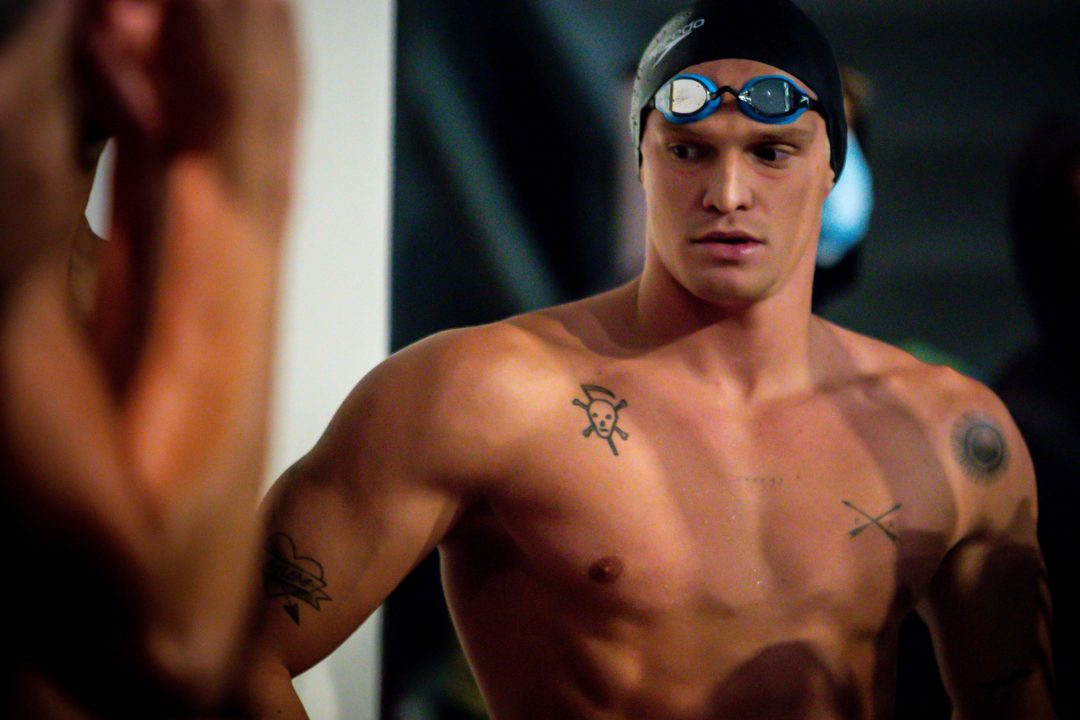 Cody Simpson, Mollie O'Callaghan, Lani Pallister, and Shayna Jack are amongst some of the additions onto the second half of Australia's duel in the pool team. Archive photo via Jack Spitser/Spitser Photography

On Tuesday, Swimming Australia announced the second half of their Duel In The Pool roster, which is set to take on USA Swimming from August 19 to 21, 2022, in Sydney, Australia.

Ellie Cole, Ash McConnell, Will Martin, and Matt Levy were named onto the Para-swimming roster, while Chelsea Gubecka, Kai Edwards, and Kyle Lee will join already-named Kareena Lee on the open water team.

The Duel In The Pool will begin with a 4×800 open water relay on August 19, and then shift towards two days of pool competition on August 20 and 21. While some of the events are traditional races, other events are more unconventional, such as skins races, various different forms of mixed relays, and “mystery” races. View the entire duel in the pool schedule here.

Just for anyone interested because it is buried down in the comments: Troyy has confirmed via email that the meet is LCM. I expected that initially because SCM is just not a thing in Australia at all. But after the program was released with more than half the program being 50s, I assumed it must be SCM.

Yeah great on the male side of things, but female side a bit lopsided, but imagine a 4x 200 McIntosh to Penny to MOC & Titmus to anchor. WOW.

I think the medley relays would still be competitive.

Yes that’s a good point actually. Women’s would be a toss up while men’s would still probably favour US.

This men’s team is gonna get completely wrecked.

Yep… This meet is all sprints (200 free is the only normal event longer than 200m) and Kyle was our only sprint medallist in Tokyo with zero in Budapest.

It depends how the scoring works (which to my knowledge hasn’t been released?). I assume it won’t just be winner of each event. The women have pretty good coverage across most events assuming each country will enter two per event (if it’s 3-4 per event then that changes things completely and you will likely get lots of swimmers doing random events):

yeah I just meant how Emma and Mollie usually prioritise freestyle before thinking about like 50 fly or 50/100 back and depending on how many swimmers are entered per event (whether its limited to 2?) that their priority might change eg does Mollie do the 100 back/200 free double when 80% of the women on the team have been part of an Australian 4×200 freestyle relay and when Madi doesn’t seem to have done much backstroke this year

Yeah I see. It will definitely depend on how the scoring works and how many entrants there are per event.

In my mind, for international competitions, the main goal of swimmers is to win an individual gold, or as many as possible. If they have a choice between winning gold in the 100 free or bronze in the 100 free plus a fourth place in the 100 back, they’re choosing the gold medal every time.

However, in a meet that uses a points system, a 3rd and a 4th might be what’s best for the team points wise so it’s much more likely.

I guess what I’m trying to say is: Yes. Emma and Mollie are most likely to… Read more »

The American women are stronger in the 200 free (Sims) than the 100 back (fastest is over a minute) so you’d expect Mollie to be deployed where she’s needed the most which isn’t 100 back which McKeown has covered and Wilson should be good enough for the second spot.

Wilson hasn’t swam back properly for quite a while has she? But she is also likely to do the 200 free.

Probably she hasn’t done the 100 back for the same reason as Mollie but it’s more important to take wins than to have a strong second swimmer so Mollie in 200 free and Madi in 100 back makes the most sense even if Madi performs poorly because Kaylee can still take the win.

Not using Mollie in the 200 free leaves it open for Sims to take the win (she might anyway because she had a good amount of time to prepare for this meet).

I’m not saying it won’t happen, because stuff always goes crazy and we have been burned in the 200 free a lot lately. But Sims winning seems unlikely. Sims best split is 1:54.60 which is about a 1:55.10 flat. The upset required Sims to swim a solid PB while MOC is way off. Certainly possible but not overly likely.

2×200 vs 4×100 relay looks epic. Also I think MA is gonna catch multiple pianos with some of the triples he will presumably be swimming.

Can you explain what that relay is? I have no idea. Is it two men doing 2×200 vs 4 women doing 4×100? That seems like the women should win handily, doesn’t it? Especially with 2 extra flying starts.

Did MA ever do any skins races in ISL? He’s a pure sprinter but I assume skins wouldn’t be his forte.

Is it confirmed to be short course?

It hasn’t been announced. I assumed it was LCM until the program came out and now I assume it’s SCM because of the fact that literally half the events are 50s.

I just emailed them and they confirmed it’s long course. This program is gonna be tough in long course with such small teams.

Oh wow. I’ve never seen so many sprint events in a LCM competition. Very glad to have that confirmed!

USA definitely would have performed better in SCM.