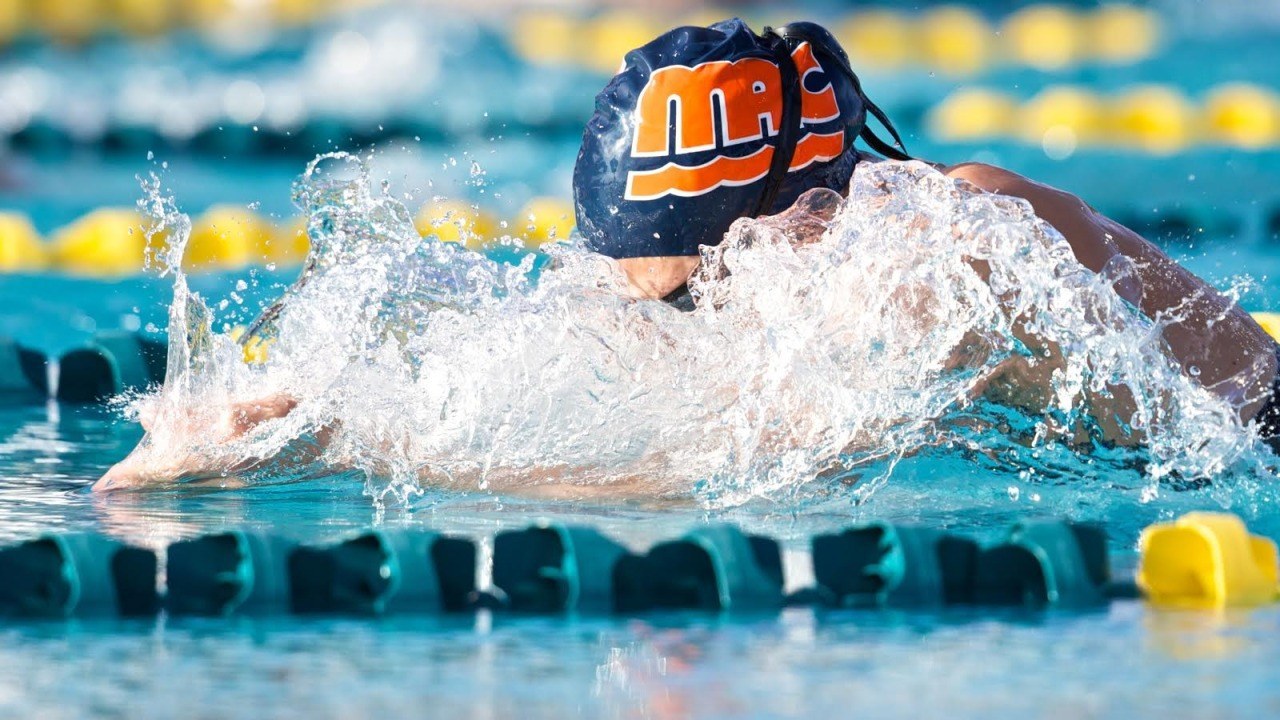 The Huntersville Family Fitness & Aquatics (HFFA) facility has announced a seven-year agreement with North Carolina club SwimMAC. The "sponsorship and facility use agreement" is valued at $5.4 million, per the HFFA. Stock photo via “Rafael/Domeyko Photography”

The Huntersville Family Fitness & Aquatics (HFFA) facility has announced a seven-year agreement with North Carolina club SwimMAC. The “sponsorship and facility use agreement” is valued at $5.4 million, per the HFFA.

SwimMAC has been connected to the HFFA since 2001. The new agreement will make HFFA the club’s “flagship location for all swim lessons, competitive swim programs, and JSL in the North Charlotte Area,” per the HFFA press release.

On its website, SwimMAC bills itself as a “seven-facility network”– that includes all of its offerings, from the competitive swim club to its swim school to adult programs to the Junior Swim League (JSL). The SwimMAC competitive club site says it operates a north location (centered around the HFFA) and a south location (based in Charlotte).

In 2015, the club announced an agreement to build a new aquatic center with a 50-meter pool outside of Charlotte. But those plans were scrapped in 2016. The club has been through a number of structural changes from that time: Executive Director Brandon Drawz was relieved of his duties in a 2015 restructuring. And head coach/CEO David Marsh stepped away from the program in 2017.

The full HFFA press release is below:

Huntersville, NC : Huntersville Family Fitness & Aquatics (HFFA) is thrilled to announce a landmark multi-year sponsorship and facility use agreement with SwimMAC Carolina (SwimMAC) to establish HFFA as their flagship location for all swim lessons, competitive swim programs, and JSL in the North Charlotte area. SwimMAC has partnered with HFFA since 2001. This new seven year agreement is valued at $5.4 million.

Zach Brown, Executive Director of Huntersville Family Fitness & Aquatics stated, “We are thrilled to expand our partnership with SwimMAC. The SwimMAC Board of Directors and Coach Terry have worked extremely hard to make this agreement possible. Our team looks forward to providing the SwimMAC North families a central location to call home.”

Located in Huntersville, HFFA has been managed by Swim Club Management Group (SCMG) since 2017. During this time, SCMG has significantly increased memberships and entered multiple new sponsorships agreements to improve HFFA’s financial condition. Brian Sheehan, CEO of Swim Club Management Group, said “The Town of Huntersville hired us with the clear directive of revitalizing HFFA and putting it on a course of financial stability. We believe this agreement allows us to continue achieving that goal.”

Very disappointing for the clubs displaced with 5 months notice and no warning, but especially the swimmers. Some of which have left SwimMAC to join smaller clubs that place more value on developing all swimmers, not just certain groups. Not to mention that many families simply cannot afford MAC pricing. Kids will have to leave the sport, or face a 30+ minute commute to another nothern site, or transfer to other teams that practice in the uptown area. What a mess.

The air quality at HFFA is horrible…perhaps the commute to an outdoor pool will result in healthier kids.

The sad thing is they did this to displace two teams also using the facility. All with the approval of the Huntersville Mayor, a SwimMac parent… those kids left with no pool will have to pay a 55% dues increase to be at MAC!

This deal will likely go the same way the Charlotte Christian take over went, where after a year they couldn’t afford the deal they made and had to walk on it. The team hasn’t grown in years, so they needed to get their competition out of town.

Were either of the two other clubs precluded from structuring and negotiating a similar deal with HFFA? Sounds like capitalism and just business in my view. Other clubs out of that facility could have done the same thing and SwimMAC would be on the outside looking in.

Sorry to see the swimmers displaced, but also sounds like a market opportunity for an enterprising individual, they can join another club i the area like NOMAD, travel to another satellite location of their existing club, or join MAC. Plenty of options – don’t play the victim card.

Other teams were not given the same opportunity for an exclusive deal.

Based on responses to HFFAs Facebook post, families are upset that a county/city facility will shut it’s doors to other programs in the community. The other two programs were allowed to rent additional lane space this year to allow the facility to better serve the community and the narrative has changed. “Smart business” by Swimmac. Shady by HFFA in the eyes of some community facility members.

Brian stated that this was a financial decision for HFFA

Yes, both teams were precluded. it was not an open bid, it was all done, and approved by a mayor that is a SwimMAC parent In a closed process. If it was open market, I’d have no comment.

This was an elimination of market competition. Swimmers with no option will see their dues and costs double. So it is not a market “opportunity “

This is not good for the sport, it’s not a market opportunity. Read the HFFA Facebook post. Many of those families left MAC for a “Market Opportunity”… this is an elimination of competition. 4 years ago, MAC was at 900, now it’s 700. The problem is Mac, not the market.

I don’t think any of us have all the information, but I think you are missing my point. If as stated by another comment above, this was a financial decision by HFFA and one of the other clubs training at that facility had come to HFFA with an offer of $6M over 7 years, or $10M over ten years before MAC’s offer, would HFFA not have jumped at that deal to lock in more revenue and more commitment for the facility? You’re stating that both teams were precluded but you have no comment as to whether it was an open market. Which is it? Or did SwimMAC simply have a business need, made a proactive offer and went after the… Read more »

I disagree. I met your point but didn’t like the response. I do claim to know some facts – MSA and Sailfish were not informed of the offer by SwimMAC and given the opportunity to counter. Those programs were told after the decision had been made by HFFA. I mention this just to answer your original question about whether the other clubs were precluded from this opportunity.

My focus is on the upset community members. This facility is partially funded by their tax dollars and has been shut off in a way to part of the community. Brian clearly stated that this decision was based on the need for financial stability so I’m not arguing the business side of things.… Read more »

No way – the downtown pool is still better.

HFFA is likely the worst indoor 50 m pool in the state. The LSC won’t allow state champs there.

Really? $5.4M over 7 years and access immediately versus a $50m+ debt obligation to build a comparable facility plus construction time and all the other risks and headaches? All things considered, sounds like a prudent move on their part.