Swim Mom Musings: What is a Champion? 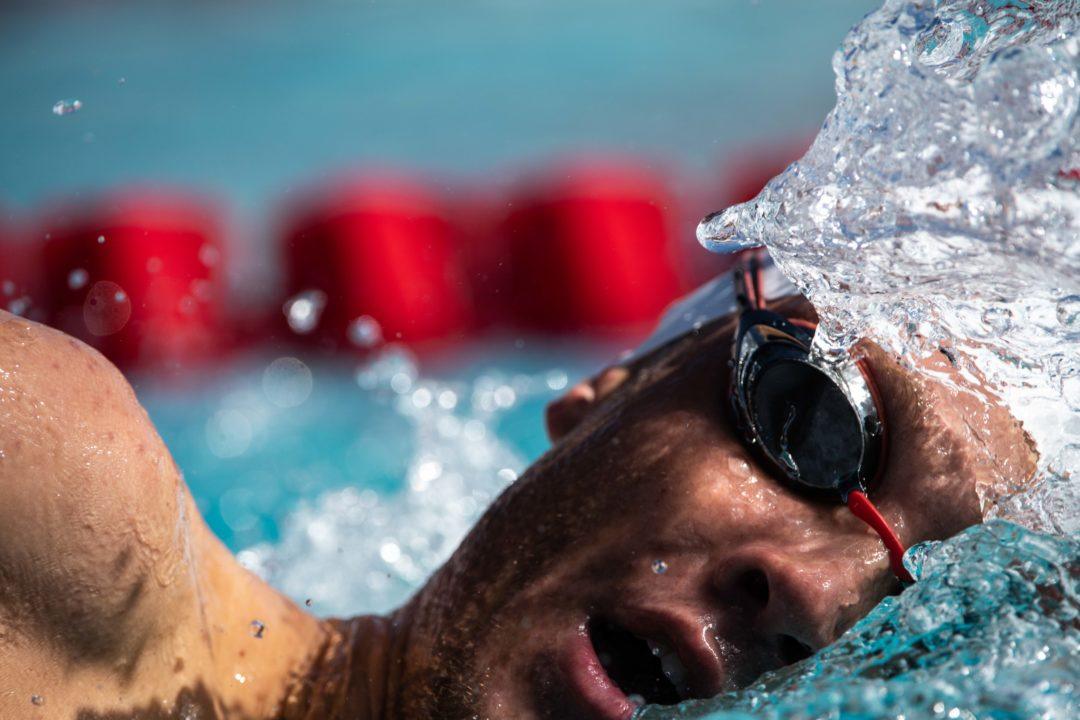 We are famous in the world of swimming for tossing around Champion like it is some badge of honor for the most elite for those who can compete at the highest levels and win. Current photo via Mike Lewis/Ola Vista Photography

What is a Champion?

We are famous in the world of swimming for tossing around Champion like it is some badge of honor for the most elite for those who can compete at the highest levels and win. We honor them with trophies, medals and shiny ribbons. And truly from the moment they first start racing, our kids are taught being first is what matters the most. We celebrate the visible champions every single day.

Today I’d like to suggest that in sports, as in life, we redefine what it means to be a champion.  Here are a few actions — sometimes visible but more often – viewed in the locker rooms and on the sidelines at your pools in the NCAA and in your communities every summer that scream Champion.

Champions do not tolerate or respect bullying and meanness , and they surely do not participate. Ever. Sometimes they walk away. And other times they speak out loudly. Mostly, those champions lead by example.  They do it quietly by comforting a teammate or raising up what others might see as weaker swimmers.   They understand what a team is. And they live it every day.

Champions don’t lash out at their teammates who might perform a little faster. They reach across the lane lines with a hug for competitors and teammates alike. To some extent, you can only do your best every day and in each race.  There can only be a single winner, but thank goodness the number of amazing human beings we can raise is unlimited. Be one. And parents that applies double to you. I know many champion parents  And I know others who need to look in the mirror. Your kids watch you.

Champions make our sport,  and the world they live in better and the lives they touch richer. And they do this from their hearts when the cameras are turned off and no one is watching. They thrive in a culture of kindness and support that lifts others up instead of tearing them down.  Beyond finding the right academics, my advice to anyone thinking of being a college swimmer to search the world over until you find this atmosphere, and a coach that believes this deeply.

Champions swim because they love it. They love it through Injury, illness, personal adversity and everything in between.  They don’t do it to break records.  They don’t do it to gain Coaches’ favor. Swimming is a part of who they are. Being around this sport I can spot them in the races. They don’t always swim great. Sometimes their races are extraordinary.  But their faces light up when they hear:  take your mark. And you can tell they are not going through the motions. They are passionate.   Phelps is a great example.  Win or lose he loves it.  So many others have such raw and pure talent but they never live it, and  it does not burn in their hearts.

Champions!  May we raise them! May we honor their character and compassion.  And if you’re a swimmer, always strive to be one and not the type society might promote. Be a champion to the core.  The next generation is watching.

Donna Hale has been a swim mom for 14 years.  Her daughter is a freshman swimmer for the Davis & Elkins Senators

I don’t quite get the purpose of redefining the word champion when we already have words for the exact thing you’re advocating for, good sportsman or role models.
Champions as a matter of fact can be utter jerks. Not all of course, but a lot of very good athletes have a cockiness about them that could be described that way. Perhaps less so in the swimming world, but there are certainly examples in our sport as well.
I think distinguishing between the two with two different terms rather than conflating the two would actually help kids understand that there are “champions” and then there are “role models”. And just because someone is a champion does not mean one… Read more »

Excellent points. But the reality is too many coaches want all champions and are less concerned with role model. Somewhere along the way we have undervalued the role model. Reality is it is a competition and times matter. How many young people go on to swim in college. Guessing it’s small. But we impact many more. Look at the impact of role model for life.

Let’s stop trying to create, define or redefine a champion. Be happy your kid is healthy and involved in a positive pursuit. These articles are starting to border on ridiculous. Not everyone is a champion. Not everyone will be a champion. And it’s ok. Having a , happy, well adjusted, well behaved kid is the goal in life.

I appreciate your intent, but a child needs to know that it’s ok NOT to be a champion. I don’t want to redefine champion so that it is a meaningless trope like “everybody’s a winner if they tried their best.” Champions and winners can be utter jerks, and they should be allowed to be jerks. Children then understand that just because somebody is a champion, that person isn’t necessarily somebody you want to hang around with. As in life, being a “winner” in swimming is nothing more than swimming faster than everybody else. It’s not a big deal, let that person be a “winner” or “champion”, so what? A child needs to accept that it’s ok if somebody else is… Read more »