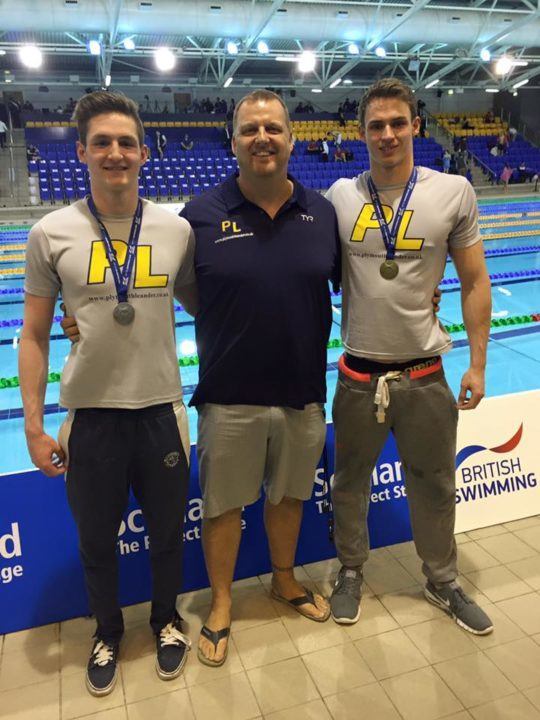 Jon Rudd has hired two new assistant coaches for the Swim Ireland National team as they continue to build toward Tokyo in 2020. Current photo via Plymouth Leander

Swim Ireland recently announced the appointment of two new assistant coaches that will work alongside new Performance Director Jon Rudd and for a new National Head Coach at the National Centre in Dublin.

The two new coaches, Steven Beckerleg and Bethany Carson, both have international experience as athletes. Beckerleg represented England at a number of meets including the European Youth Olympics. Most recently, Beckerleg was a senior coach at Plymouth Leander, where he had experience working with Rudd and a number of Olympic athletes.

Carson swam for Northern Ireland at the World University Games and Commonwealth Games, among other meets. She has experience with the National Centre where she will be working as she has trained there in the past.

According to National Performance Director Jon Rudd, “We have made so many inroads since February in the acquisition of a world class team of coaches and practitioners to work with our athletes here in Ireland. With Lars Humer and Andrew Reid extending their contracts, John Watson coming on board and now Steven and Beth joining us in similar roles to Cormac and Emmet, we are one piece of the jigsaw shy of where we need to be.” The missing piece to which Rudd is referring to is the National Head Coach, who will be named soon.

Swim Ireland will also be announcing their World Championship Teams for Budapest in the next week.

Rudd has recently made it clear that Ireland is looking for athletes both in and out of the confines of the country that are eligible to compete for Ireland internationally. Ireland had tremendous success in the 2016 Olympics with swimmer Shane Ryan, who was born in the United States but has Irish citizenship and opted to swim for Swim Ireland in Rio.