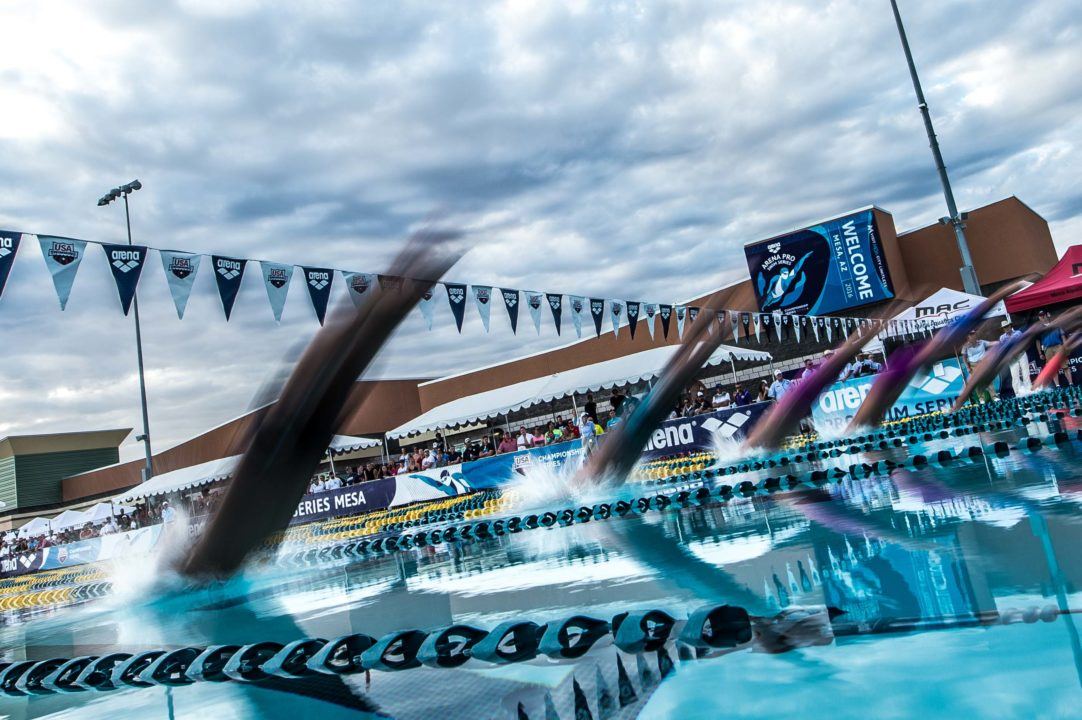 Swimmers from the University of Stirling are beginning to grind up the gears as they set their sights on the... Current photo via Mike Lewis/Ola Vista Photography

Swimmers from the University of Stirling are beginning to grind up the gears as they set their sights on the British Swimming Championships next week.

Twenty-one Stirling athletes will travel to Ponds Forge International Sports Centre in Sheffield for the highlight of the national events calendar – and high performance coach Steven Tigg insists the squad is as hungry as ever for success.

Steven said: “Last season brought the squad, as a whole, lots of success.

“But last season is gone. For us, it’s now about ensuring we don’t get complacent as a programme and show that we’re still hungry to progress and achieve success.

“Some athletes will be looking for maintain the levels they achieved last year, while others are looked to build a stronger foundation for the future.”

The championships double as the selection event for this summer’s World Championships in Budapest and the World University Summer Games. They also mark the initial qualification phase for the Scottish Commonwealth Games team for 2018.

Scottish athletes have until October to qualify for Team Scotland, while swimmers from England and Northern Ireland have a December deadline.

Among those travelling to the trials from Stirling, Scotland’s University for Sporting Excellence, is double Olympic-medallist Duncan Scott.

Duncan said: “I just want to keep things going the way they are. I feel more relaxed this year and I have the Commonwealth Games in my sights. I didn’t qualify for an individual swim at the 2014 Games in Glasgow, so my aim is to qualify as early as possible.

“I want to put in a strong performance at the British Championships. I’m trying different events, including the 100m and 200m fly, which I don’t usually do, so the event is a chance to focus on these.”

The full-time Sports Studies student, who turns 20 next month, is balancing a packed schedule.

Duncan added: “Taking on five events next week will give me a heavy schedule but this will help me challenge at a world level in the future.

“I want to qualify for bigger events with British Swimming and be ready to cope with a tough schedule of back-to-back swims. I also have essays and an exam at university, so it’s a busy time at the moment.”

Kathleen Dawson, 19, will also join Duncan at the championships, taking on all of the backstroke events.

Kathleen said: “I learnt a lot from the Olympic trials this time last year. I swam the time I needed for qualification – but it was three weeks too late. There was too much pressure and I now know how to take that away now and just enjoy myself.

“Ben has given me so much confidence – he completely believes in me and it’s helped me to believe in myself. I came to Stirling to join a prestigious programme with the aim of improving my swimming. I know exactly what I’m doing in each swim now and have been working with Ben to develop a solid race plan.

“I’m really looking forward to the 50m and 100m. I feel I have the best chance in these events and I want to be at the Worlds and Commonwealth Games, but there’s no pressure – I’m enjoying myself and having fun.”

Ross Murdoch, who has become a full-time athlete at Stirling, allowing him to concentrate solely on his sport, will also be in attendance.

Ross said: “I’m training well at the moment and looking forward to heading down to Sheffield. For me, the aim is qualification for the World Championships.

“I swam at the last two events – in 2013 and 2015 – so I would like to see myself make the team for the third year in a row. I’m also enjoying swimming full-time and being able to concentrate on one thing and give it my all.”

Ross will compete in the 100m and 200m breaststroke events, having won gold in the latter in the 2014 Commonwealth Games, and hopes to cook up a storm in Sheffield.

He said: “The Commonwealth Games are on my mind and I’m starting to look towards this. I’ve learnt a lot about the psychology of sport and the importance of nutrition since then and have been working with the sportscotland institute of sport and Quality Meat Scotland to get a better grasp of nutrition. I’m really enjoying doing lots of cooking and seeing how this can help me in the pool.”

The Scottish Government designated the University of Stirling as Scotland’s University for Sporting Excellence in 2008. Our mission is to deliver the best for Scottish sport through the powerful and inspirational combination of sport and education. We are at the heart of Scottish sport, preparing athletes to perform on the world stage, enabling students to develop their skill sets for excellent careers and producing innovative research to improve the health of the nation. Our sport-centred campus brings together the people shaping Scottish sport, creating a critical mass of sporting expertise and excellence.