Staying In The Game: Focus, Change & Not Staying The Same 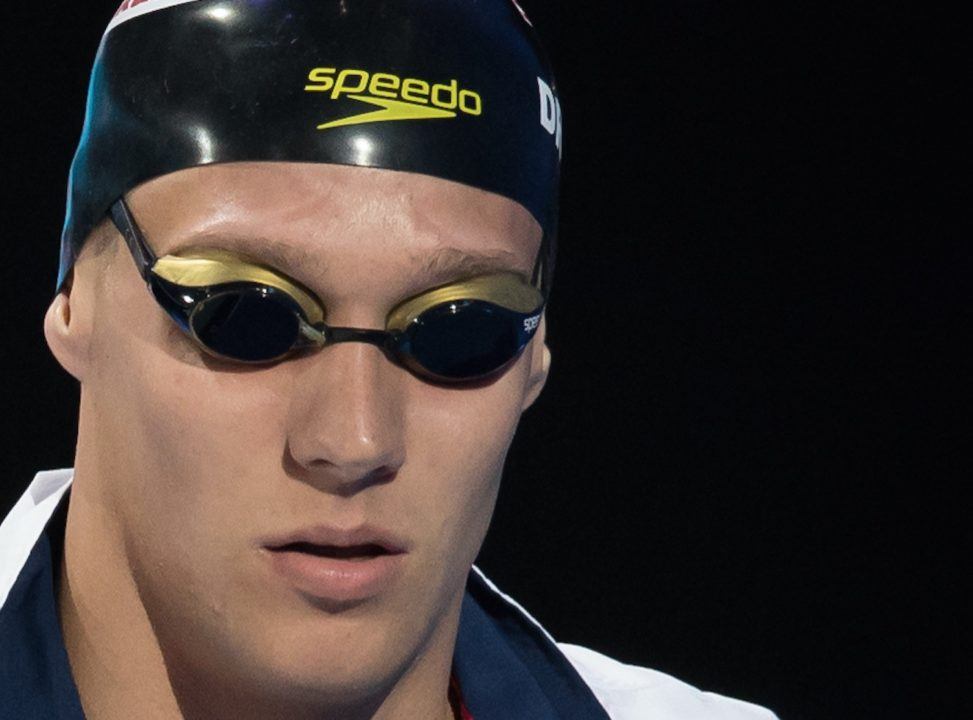 Gold Medalist Mel Stewart and producer Coleman Hodges will fly to your swim team and produce a feature story to be distributed on SwimSwam.com.

“Everything changes and nothing stands still” Heraclitus, Greek Philosopher

What swimmers can learn from golf

Cross knowledge is as important to achieve excellence in athletic performance as cross training.

My gold teacher, Joe Turnesa, taught me to play golf when I was 24 and he was 84. He was second in the U.S. Open in 1927.  The game of golf is amazing. One of its many attributes is that it can incorporate two players of such different ages. The above, photo left to right: Al Espinosa, Horten Smith, Joe Turnesa, Walter Hagen, and Gene Sarazen.

One of the greatest gifts that Joe and the game of golf gave me was learning to stay present. In many long distance activities it is easy “to zone out”. He used to say to me, “It is mind over matter, if you don’t put it in your mind, it doesn’t matter.”

In tournament golf you are allowed 14 clubs in your bag. You pick your clubs by knowing the course you are going to play. In open water swimming you want to have different clubs in your bag, i.e. skills, but the problem is the course is changing while you are swimming in it. The only constant is change. But just like golf you have options; in golf if you are sitting just off the green you can putt, use a sand wedge, a pitching wedge or a nine iron. Not only does the club change but you can change your stroke. This is true in open water swimming too.

You can change your stroke to meet sea conditions.

Prepare for all conditions

An Aboriginal saying that resonates with me is: “The more you know, the less you need.”

Ten days before Sir Roger Bannister broke the 4 minute mile, he went climbing, to clear his head, and remain present and focused.

Be a hero of your own weaknesses

A way to improve your knowledge of your sport is to be the hero of your own weaknesses. Gene Sarazen (above image far right) was a terrible sand player. In 1932 he invented the sand wedge which he kept secret until he debuted at the US Open in 1932. He went from being one of the worst sand players to the best. He won the 1932 US Open and that same year was the Associated Press Man of the Year.

As a triathlete I was always very tight in my psoas muscle from running and riding. So I invented a pull buoy, The EneyBuoy2, where you can fill the bottom capsule thus stretching the psoas and keep the back capsule empty to allow the hips to rise and rotate using and stretching your psoas muscle.

Rather than live by the philosophy, live and learn, I would suggest the philosophy learn and live, so you can enjoy and stay in the game. Now get out there!