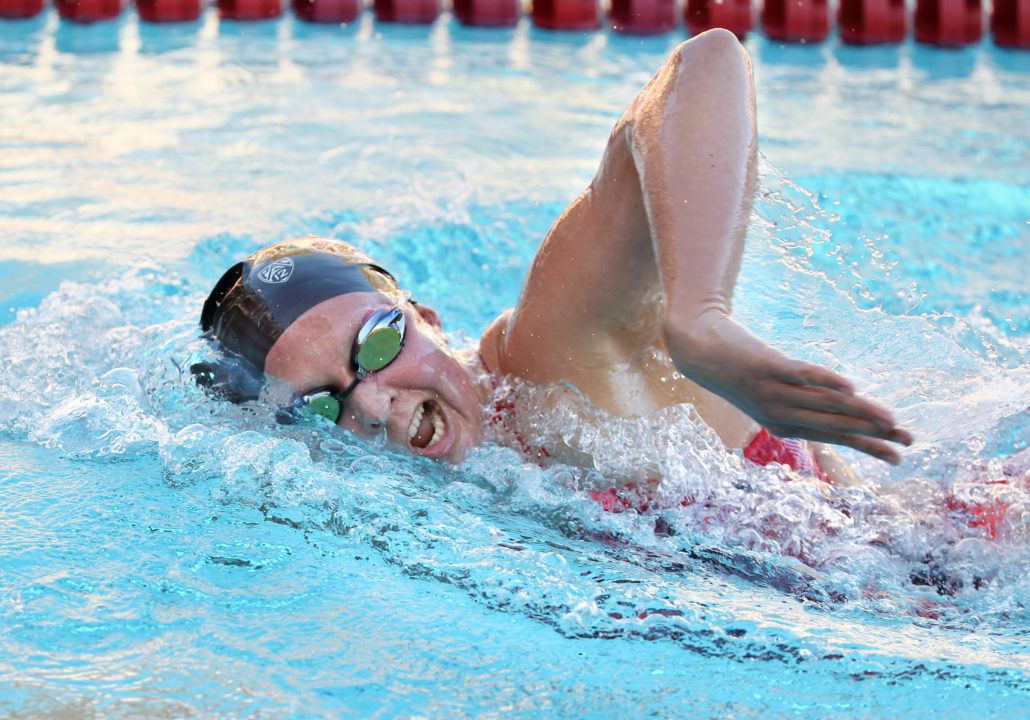 The award is given to a female student-athlete from any division who experienced extraordinary physical and/or emotional adversity, injury and/or illness, or extraordinary personal sacrifice during their time as a collegiate student-athlete, but perservered to find athletic success. Archive photo via Eric Dolan/Stanford Athletics

Stanford senior swimmer Nicole Stafford has been honored with the 2017 Honda Inspiration Award. The award is given to a female student-athlete from any division who experienced extraordinary physical and/or emotional adversity, injury and/or illness, or extraordinary personal sacrifice during their time as a collegiate student-athlete, but perservered to find athletic success. Other finalists for this year’s award were Bailey Scott, a junior swimmer at Alabama, and Jesse Knori, a senior skier at Colorado.

Stafford suffers from a neurological condition that gives her painful spasms or tremors every time she swims. There is no known cure for her functional movemement disorder. Stafford inspired her teammates and others in the swmming community by completing her collegiate career at Stanford despite the adversity she has faced.

Throughout her career at Stanford, Stafford has earned several honors. She became an NCAA champion in 2014 as a member of Stanford’s winning 200 free relay. This season, she earned her first individual All-America honors, as she placed 16th in the 200 free. She was also a captain of the 2017 NCAA Champion Stanford women’s team.

Stafford’s story will be higlighted on Monday, June 26th during the CBS Sports telecast of the CWSA Awards program at 6 p.m. pacific time. The program will take place at the USC Founders Club at Galen Center.